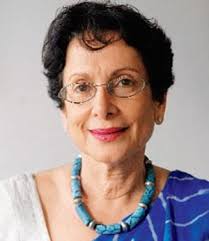 Billy Joel’s 1989  song is a rapid-fire listing of the headline events of the 40 years since his birth. Here’s a cover version celebrating India’s 70th,  in no particular order of chronology, significance or incendiary quotient.

Midnight tryst, Gandhi killed, Hindi-Chini-Bhai-Bhai-turned-to-Chou-en-Liar at the  bloodied Nathu-La. We can hear the fire crackling once again at Dhok(a)lam.

Kashmir  kali nipped in the bud by politics and terrorism. Nehru, Geelani,  Jaitley, Army, no one ever LeTs it alone.

Operation Bluestar. Green revolution. A red one in Naxalbari and more latterly  the  Maoist strongholds. Lal Batti and the confused  paternity of ‘Do-you-know-who-my-father-is?’

From Hum Log to Aam Admi Party and our own Game of Thrones and Dynasty.

Women turned from chapati-makers to chappal-phekars, but still no lib from inequality and worse.

The whole alphabet of  violence, from AK47 assault to Z security.

Who started the fire? Who’ll stop the burning?

The Secret History of Elizabeth I’s Alliance With Islam