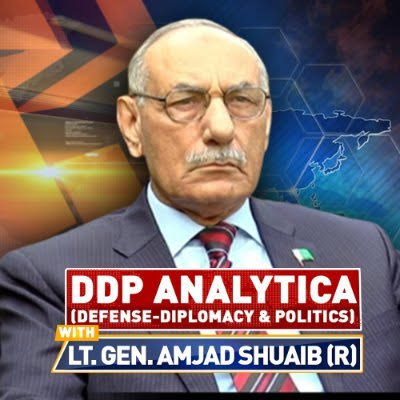 Taliban are in position to form a government with the help of stakeholder in Afghanistan, said the defense analyst. Taliban has decided to formulate such kind of government, which will be acceptable to the regional and international powers, because they would remain in the state of isolation, as they had seen the previous picture in the 2001.

When he was asked regarding the creation of IS-K (Daesh) he told the Dialogue Times, it belonged to Khurrassan Chapter and they brutally killed the people in Syria and in Iraq.

India was the master for the creation of that group and they were being financially supported by India, then Daesh started their actions in Afghanistan and in Pakistan as well, Senior defense analyst added.

They had conducted their actions in Pakistan at Daata Darbaar Lahore and in Abdullah Shah Ghazi in Karachi, where as a result 600 people were killed, Lashkar e Jhangwi also belongs to Khurassan Chapter.

Because India always wanted to create instability in Pakistan and for that they found the center of Kabul, where the Daesh were trained for the different purposes, General Amjad Shoaib told Dialogue Times.

In response to a question, the defense analyst said, that US was mislead by Ashraf Ghani, because Biden was thinking that Afghan Army would be able to fight with the Taliban, but after three days the whole scenarios was changed at that time, when Taliban captured almost country.

Then Biden decided to pullout the troops from Afghanistan, moreover, Ashraf Ghani had also left the country, Defense analyst added.

Joe Biden had sent CIA Chief to Afghanistan, who had requested to Mullah Abdul Ghnai Baradar to extend the date of evacuation, but Mullah Baradar had warned him that if any delay was created in the pulling out of troops, then US would be responsible for the repercussions, said the defense analyst.

When Dialogue Times asked him why the blame game has been started between US and its allies, the defense analyst said the US evacuated 5000 troops and ignored its allies, so the blame game started. Joe Biden administration has lost its reputation and US President was much criticized by the citizens as well as by the opposition and its allies.

When he was being asked why US could not succeed in the said mission in Afghanistan, on this the Senior Analyst said that US could not agree for negotiations with the Taliban.

US’s intention was not up to the mark, America has always tried to bulldoze the opponents and that was the main reason of the failure of US in Afghanistan.

He said, Trillion of dollars were spent for the reshaping and rebuilding of Afghanistan, but the traders and Afghan politician had done a lot of corruption that was reported to the State Department in US by Sigar, Special Inspector General in Afghanistan. The Biden administration was not in position to tell that to the US nationals, what he was thinking and what had happened.

When Dialogue Times asked him, that Biden has totally ignored the Indian’s Prime Minister Naredur Modi in the Afghan crisis he said, India has nothing to show. India can only propagate propaganda and nothing else. He said, because of the Indian involvement Afghanistan has reached to this place.

Amrullah Saleh and Ashraf Ghani were running their Social Media cells against Pakistan in the Presidential palace, and then went away like midnight jackals, Amjad Shoaib added.

They had nothing to do except those things, Senior Defense Analyst told Dialogue Times.

A long range criticism was started at that time when the top class news paper made its head lines that US President has accepted the defeat and now like a blind wolf he decided to return the troops from the Afghan soil, Amjad Shoaib added.

What was the need to spend trillions of dollars and no achievement to show for it? This has brought the US President nothing except shame.

When DT asked Amjad Shoaib about Biden’s directions to the FBI to release the files of 9/11 attacks, he said that yes, he would do so. But those victims’ families had demanded to tell us what was exactly happened on that day a long time ago.

He said that Saudi Arabia has denied that some of the government officials were contacted with the hijackers on that day.

Upon the Saudi and US diplomatic relations, the senior defense analyst said President Biden has stopped the supply of weapons for Saudi Arabia, because the President had thought such kind of weapons were used in Yemen. He added that America never changes its policies, only the chairs change.

When the defense analyst was asked that what do they think regarding the visit of ISI Chief General Hameed Chishti to Kabul, on this he said that upon UK, Germany and other countries had requested the ISI to help them in the evacuation of their citizens from Kabul.

He said that General will have to meet with the Ambassador to Afghanistan, Mansoor Ahamad Khan and will also discuss the matters related to border.

When DT asked the defense analyst that what kind of assistance Pakistan has done in ongoing crisis of Afghanistan, he said, on Humanitarian basis PIA has started the flights to evacuate the foreigner citizens from Kabul, though the Taliban has ceased the Airport.

The defense analyst said that Joe Biden has accepted the defeat and he was much criticized by his own government officials for what he has done in Afghanistan.

In response to a question that Taliban government would fulfill the desires of Afghan nationals, he said, it’s too early to know yet, let them make the government first.

When DT asked him that would Mullah Bardar be prepared for the negotiations to create better relationship with Pakistan he said, yes, Taliban has been totally changed and they would not like to rewind the previous mistakes. Taliban spokes person Sohail Shaheen has said so many times that they want to create friendly relations with the regional and international powers. It seems, they have changed their mentalities and thinking.