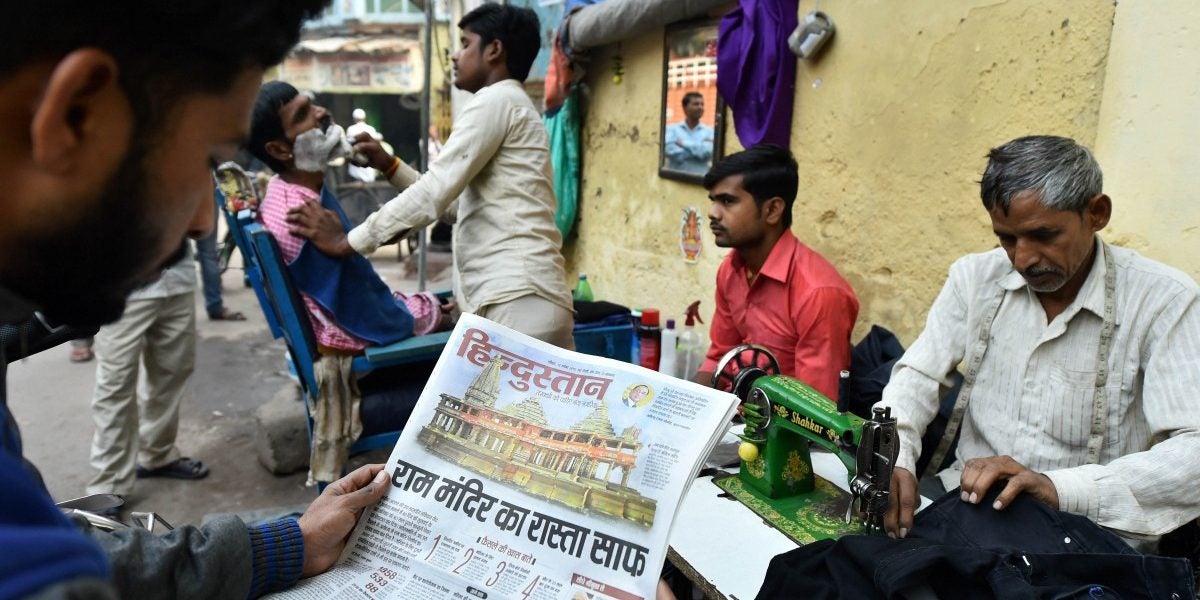 The 1045-page judgment not only refers to Sikhism as a ‘cult’ but also quotes accounts of Sikhs worshipping idols, which experts believe is an affront to the religious history of Sikhs.

Courtesy: The Wire India
New Delhi: The Supreme Court on Thursday referred the review petitions challenging the court’s decision to allow women of all ages entry into the Sabarimala temple in Kerala to a larger bench. This decision was taken by a 3:2 majority, with two judges on the bench – Justices R.F. Nariman and D.Y. Chandrachud – dissenting.

A five-judge constitution bench headed by Chief Justice Ranjan Gogoi had reserved its decision on February 6. Other members of the bench were Justices R.F. Nariman, A.M. Khanwilkar, D.Y. Chandrachud and Indu Malhotra.

Now, with the matter being referred to a larger bench, the review petitions have been kept pending.

Reading out the judgment, Chief Justice of India Ranjan Gogoi said the review petitioners wanted to “revive the debate on what is the integral part of the religion”. The question of whether a court can intervene in matters that are essential to a religion is yet to be decided, CJI Gogoi said.

“In a legal framework, when a court does not have apostolical jurisdiction, it should tread cautiously,” LiveLaw quoted the CJI as saying.

In the majority order, the three judges have explained this decision further:

“It is time that this Court should evolve a judicial policy befitting to its plenary powers to do substantial and complete justice and for an authoritative enunciation of the constitutional principles by a larger bench of not less than seven judges. The decision of a larger bench would put at rest recurring issues touching upon the rights flowing from Articles 25 and 26 of the Constitution of India. It is essential to adhere to judicial discipline and propriety when more than one petition is pending on the same, similar or overlapping issues in the same court for which all cases must proceed together. Indubitably, decision by a larger bench will also pave way to instil public confidence and effectuate the principle underlying Article 145(3) of the Constitution – which predicates that cases involving a substantial question of law as to the interpretation of the Constitution should be heard by a bench of minimum five judges of this Court.”

The order even goes on to list the questions which they think a larger bench should address:

“(i) Regarding the interplay between the freedom of religion under Articles 25 and 26 of the Constitution and other provisions in Part III, particularly Article 14.

(ii) What is the sweep of expression ‘public order, morality and health’ occurring in Article 25(1) of the Constitution.

(iii) The expression ‘morality’ or ‘constitutional morality’ has not been defined in the Constitution. Is it over arching morality in reference to preamble or limited to religious beliefs or faith. There is need to delineate the contours of that expression, lest it becomes subjective

(v) What is the meaning of the expression ‘sections of Hindus’ appearing in Article 25(2)(b) of the Constitution.

(v) Whether the “essential religious practices” of a religious denomination, or even a section thereof are afforded constitutional protection under Article 26.

(vi) What would be the permissible extent of judicial recognition to PILs in matters calling into question religious practices of a denomination or a section thereof at the instance of persons who do not belong to such religious denomination?”

Justice Nariman read out the dissenting view. He said that issues of Muslim and Parsi women were not part of the Sabarimala case that the judges were hearing, and so the matter should not have been tagged to that by the majority judgment. The original petition was only about women being denied entry into the Sabarimala temple because of their physiological features.

Justice Nariman also criticised the mass protests by right-wing groups after the original judgment last year. “Bonafide criticism of a judgment is certainly permissible,” he said, “but organised efforts to subvert the judgment cannot be allowed.”

Justice Nariman said that the bench could have made a decision on the matter without going into the other questions mentioned, and the bench’s decision could have served as a reference if other cases with similar questions came up in the future:

“As and when the other matters are heard, the bench hearing those matters may well refer to our judgment in Indian Young Lawyers Association and Ors. v. State of Kerala, dated 28 September, 2018, and may either apply such judgment, distinguish such judgment, or refer an issue/issues which arise from the said judgment for determination by a larger bench. All this is for future Constitution benches or larger benches to do. Consequently, if and when the issues that have been set out in the learned Chief Justice’s judgment arise in future, they can appropriately be dealt with by the bench/benches which hear the petitions concerning Muslims, Parsis and Dawoodi Bohras.”

The apex court was delivering its judgement on as many as 65 petitions, including 56 review petitions and four fresh writ petitions and five transfer pleas, which were filed after its original 2018 verdict allowed women of all ages to enter the temple.

The apex court, by a majority verdict of 4:1, on September 28, 2018, had lifted the ban that prevented women and girls between the age of 10 and 50 from entering the famous Ayyappa shrine in Kerala and had held that this centuries-old Hindu religious practice was illegal and unconstitutional.

Justice Malhotra had a dissenting opinion in the 2018 verdict.

The five-judge constitution had heard the pleas in an open court and reserved its decision after hearing the parties, including Nair Service Society, Thantry of the temple, The Travancore Devaswom Board (TDB) and the state government, in favour and against the review plea.

The TDB, which runs Sabarimala temple, had made a U-turn to support the Supreme Court’s order allowing women of all ages to enter the shrine.

The TDB had joined the Kerala government to oppose a batch of pleas seeking review of the historic verdict.

The Board later asserted that its latest position was not due to any political pressure.

Some right-wing activists have alleged that the Board changed its stand before the court under pressure from the state’s CPI(M)-led LDF government.

The Kerala government, which had taken conflicting stands on women’s entry into the hilltop shrine, had supported the verdict and urged the court to trash the review pleas.