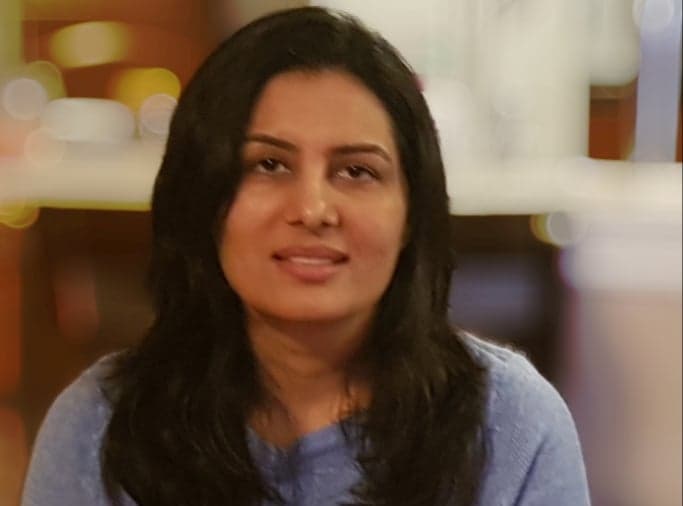 Finally, March ended after rigorous marches of women, by the women, for the women. After this stormy ordeal, I am pretty tired, my tidal waves are calm now. Feeling quite better after having my usual self back. In the heat of the moment, we go with the flow. Which is in many ways very important to hit the iron right, when it’s hot. March also brought a few other surprises, which gave me some hope as an individual to feel good about our collective future. In the wake of many issues concerning national security, pride, we suddenly overlooked all our fights and likely seemed on the same page. I know, ” same page” sounds a bit cliché these days, while talking about our country’s ruling strata. What is my silver lining that we essentially, with the rest of the world having a discourse about our social ills. Healthy or not so healthy that s another debate. Many irrelevant and less logical verdicts also surfaced as slogans, many somewhat annoying. Once again, proving that we excel in dumping rightful issues by maligning them.

Besides, still cheerful and exhilarated, rebuked myself thinking negative at this moment,” get over it lady”. Focus, we are in the line of fire too, realising the need to bring about much needed change and to push back wrong patterns, affecting our lives, making us considerably miserable. Hey, Kudos!!! It seems like the initial stage of weighing up. At this juncture, I feel my self rekindling the romance with this” social media thingy” which causes spread of information within seconds from this to that end of the world, This internet world otherwise, strikes to me as a genie released from an oil lamp. Impulsively I start humming my favourite Bollywood tunes. Oops!! I forgot we are in the middle of a boycott again. Though, this boycott has always been like an alcoholic s New Year resolution, you get sober then relapse.

In passing, not trying to undermine the gravity of the situation and manifesting that the grass is all green. There is no denying the fact, what women go through in their lives is a broad daylight reality. We are heck of an abusive society. Women, overall are treated as a lesser being individually and collectively. And this is also an actuality, no overnight scheme can reverse it. Against criminal acts, we need law which is not available to men and women alike. Rest, what as a society we do to our women, needs a change of mindset. And it is only possible by evolution not revolution. We, as men and women make a family and collectively with other families make society. Societal issues need right diagnosis and treatment. With right detection, we can venture to implement change and strengthen our family units. Which stands on the very fundamentals of love, compassion, respect and sacrifice. Hence, all this street fight for demanding rights doesn’t make much sense. We are heading towards getting these rights at the cost of family institution, which should remain supreme and sacred.

Wise people are those who learn not only by their own experiences but also by being good observant. The twentieth century, especially afterthe Second World War, has been phenomenal in regard to unbelievable changes in every walk of life. Women rights movement entered in a much decisive phase to uplift themselves. Past seven generations underwent dramatic social and legal changes. Much have been accomplished, all outlandish and forbidden things are now so accepted that they go unnoticed by people like us, whose lives have utterly changed and younger people can hardly believe life was ever otherwise. Freedom of choice, right to vote, to education, employment, having a voice in government were all once considered highly apprehensive ideas for women. World witnessed a surge of civil rights and defined strict rules, even between blood and common law relations. All this was done by visionary women deliberately and their steadfast work brought forth changed minds and attitudes. Consequently, there is law governing human relations. This was also imperative because what catches sight, people don’t hesitate to harm their relations even, when the wild call comes. In this process, family ties were badly damaged. Those missed core family values resulted in isolation of an individual, alone in his struggles and miseries. Loneliness is spreading like an epidemic because we have got legal protection for everything. Ironically, in Toronto I have seen signs at subways and other public places saying (thinking of suicide call for help) here help doesn’t mean to help you in committing suicide but to counsel you abstaining this idea. Still not realising what is triggering this aptitude. Dependence is not always negative, it’s beautiful in many ways, we live and struggle for our loved ones, even in the darkest hours of life. Now what possible modus operandi is to attain any utopia, I know, it sounds crazy, “utopia” not possible, but let’s struggle for best to get better, at least.

Occasionally, just a shift in thinking pattern can help in bringing unprecedented changes in life which on the other hand seem a far cry. Let’s move our canons and direct them towards the right aim. Women are not basically mistreated by men. It’s mostly her own self mistreating other women associated to her in one or the other way. Let’s empower each other productively that it becomes needless to demand rights from any man. Why to be beggars when we can be choosers. But what is hindering us so far to attain this.

Fact of the matter is, long over due realisation and confession on my part as a woman. It doesn’t need much to understand that I failed to play my role in uplifting my own kind, rather sufficiently added much to sabotage her very existence. Sorry!! Still reluctant to say it out loud. . I made her feel inferior to man as mother, as sister, and in all other possible connections. Whenever given an upper hand, I worked hard to maintain this status quo. I made her feel that a boy can do anything, yet get away with it but not you. I snatched rights of my daughter and mortgaged them to my son. Knowing that she is not the guilty but a victim, still I did not support her. As a mother of a son, I became snobbish enough, and forgot to teach him manners, rather licensed him to be a bully. Because manners are only for girls, eventually she is subject to scrutiny and guess who will judge her as a buying commodity, of course it’s also my prerogative. I am the mother of a son and have waited all along for this day to reject or accept her. No challenge, I sure have every right to do this. You parents of a girl not in a position to say anything. I can make my son to shove her out of his life in any minute.

Adding up, I failed to give full support to my fellow beings. I treated her less in comparison to all men in my life. Fairly, I never felt jealous and threatened by any man. Ladies I am annoyed of your looks and brains, not of men actually. Consciously, snatched rights from my daughter instead of being her biggest support. Moreover, see me treating my common law relations to check the worst of me. My best place to avenge myself. And it’s not my son, doing harms to you, he was just fighting my proxy war. I made him a pawn for satisfying my ego. Do you still see the man as violator? I missed all the chances to save womanhood from manhood.

Precisely, this power is actually very intoxicating. It can make its recipient a crook. And for that gender doesn’t matter. Hey!! You stupid inner voice stay quiet, you want me to die of mortification. Still, I am thick skinned in that respect. I had the ability and enough power to support you all the way but I maintained this criminal negligence and made my own kind a subject to man’ kind’.

Women compelled and hauled ladies on roads, while we could easily solve and address our grievances mutually. Supposedly, this is the time for me to mend my ways and accept my guilt, not remembering when I started this discrimination and nowhere came across a point of realisation until now? Who am I asking for rights? I have so much rights in me, can lend quite a few to men easily. Not a rocket science to understand, education, confidence, ability to be financially independent and above all raising a son to be respectful towards women regardless of their relationship and age, is all required to attain breathing space for our badly suffocated society to liberate ourselves. Where a man is needed to deliver all this for me? I have to adopt a revised approach and make a pledge for raising a respectful son and no discrimination with my daughter from this day onward.

Absolutely, I am not building this hypothesis in air but have lived through this reality, you are a dreamer and have a strong woman in your life. Sky is the limit. Residing in a far off village, having a family where girls’ education has never been a point of consideration. My mother against all odds managed university education for me, when I wasn’t supported for school even. It didn’t happen because I was some (karantikaari) warrior, I just had a strong mother. Who supported me all the way in my vulnerable years, hence making me strong. Now I am totally ready to pay it forward!! Did you miss a man in this story, I hope not!!

Professor Maja Jovannovic, ( Punjabi guys this is not that maja) a sociologist ( McMaster university) she is founder of” All In Inc” a company that gives women the tools and strategies they need to become leaders in all areas of life, an author of two best selling books. She is very vocal about women empowerment. What touched me the most of her thoughts, all the ladies out there “always have three women in your life, one whom you look up to as a role model, second who is going along with you and one who looks up to you as a hope in life”. This is the simple key towards the fight for our rights. Let’s learn to be easy on ourselves, rest would automatically make its way. Let’s bring about the much awaited change! Reconcile with men, strive for love and respect in family for each other irrespective of gender. Ladies lets stop fighting petty battles and prepare ourselves to win the war!!