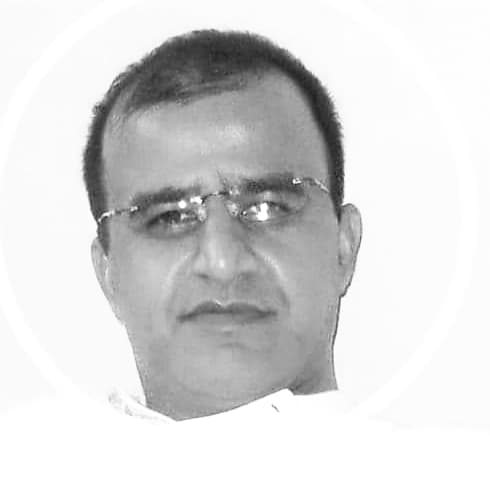 It was late October 1947 during one afternoon when she heard of violence, ransack and killings in her parental village. She got married just six months ago in March of 1947. Her new home was just 4 miles away from her parental village. As she remembered, she was just 15 at the time of her marriage. It was a normal practice to get marry at this age during that period of time. There was no communication system else than traditional means. She had no choice but run towards her parental village. After around half an hour walk, she could see the flames coming out of the wooden roof top of her parental home. She belonged to an affluent family of the suburban areas of Poonch. Her family had close ties with the rulers of Poonch. Her father and uncles were landlords. As soon as she saw the flames, she could guess that fire had reached to the store rooms where her family had stored corn, wheat, rice and other victuals in tons. On the way to her parental home she met some of her neighbors running towards safer places for refuge. They tried to stop herbut she kept on running. One of her neighbor told her that these were Hindus taking revenge from Muslims by killing and ransacking and vandalizing their properties. She refused to buy this story as she knew her Hindu neighbors who she used to call brothers, sisters, uncles and aunts. In her childhood she used to play in their yards and even taking her meals with Hindu families. She knew they couldn’t be her neighbor Hindus involved in such inhuman actions.

She was not aware of the political and communal violence going around in entire Indian subcontinent at the time of partition. Even she was not aware of the communal violence in her own country Jammu Kashmir because she had lived her childhood in a diverse society where people of different faiths were living in peace and harmony. It was a deplorable disclosure for her that her neighbors could be so cruel. Even then she refused to accept that version of story and kept on moving towards her parental village. As she reached few hundred yards away from her parental home she began to see corpses of men, women and children. None of the faces of the deceased were familiar to her, all were unknown. All of a sudden she found a detached arm. She recognized the arm having an particular mark. She grabbed the arm and kissed it. It was her uncle’s arm cut with an axe or sword. She recognized it due to a birthmark. She ran here and there in order to look for the rest of the body. She could not remember what happened after that as she fell unconscious. When she gained sentient she was surrounded by her Hindu neighbors, who took her to their home. They blanketed her to a safer place. She kept on crying and agitating to Hindu neighbors why they killed her family members but none of them knew what exactly happened, as they were not involved in this heinous act. At the night time she met with some women and children. They were also crying. She was told that these women and children were also victims of communal riots taking place in Muslim majority areas. Many of the males were killed because they were Hindus. Hindus and Sikh families who were targeted by Tribal invaders in Palandri and Rawalakot areas in which hundreds got killed and kidnapped ran towards safer places. When they crossed the river Poonch and reached in the suburban areas of Poonch city began retaliating against local Muslims. They wanted revenge. She spent that night with Hindu family. She was safeguarded and protected like a family member. At one point in the middle of night when a group of violent extremists came to search for remaining Muslims, that Hindu family introduced her as their daughter to protect her from mob.

Early in the morning Hira Laal (head of Hindu family) and his wife accompanied her on her way back to make sure she could reach safe and secure to her new home. At this point Hira Laal and his wife hugged her last time in their life. She always considered them as her uncle and aunt and they proved it when she needed them the most. Soon after that incident Poonch was also divided like other parts of Jammu Kashmir. Her parental village went to Indian occupation while her new home under Pakistani occupation and the distance between the two was merely 4 miles.

Every few months she was going to Tetrinote (last village of Poonch under Pakistani occupation) where she could have a glimpse of her birthplace and parental village. Tears were always rolling down her face when someone talked about partition. She did not have any formal education or political awareness. But she was always talking about the peace and harmony she enjoyed in her childhood in a multi-faith pluralistic society. She remembered the love, compassion and kind heartedness of her Hindu neighbors when she would go to their homes as a child.

It is not only one real story. Thousands of families in Jammu Kashmir went through the same calamity. Forcible division and subsequent occupation of Jammu Kashmir by India and Pakistan is one of the heart-rending humanitarian crisis when it comes to family separation. There are thousands of family members who got separated from their love ones during 1947 riots and were not able to meet each other in their entire life. The distance between these family members was, sometimes, just a few miles but “Iron Curtain” of blood-stained line of divide did not let them cover that distance.

She died in 2004. Late October 1947 was the last time when she visited her parental village amid chaos. She lived for 57 more years after her last visit to parental place but the distance of 4 miles could not be covered. The “flames” she witnessed coming out of her parental home were not from simple fire. These flames were an outcome of the politically motivated hatred, extremism and hidden distrust that caused partition of subcontinent in 1947 and consequently divided the State of Jammu Kashmir. 72 years have passed since then, but these flames of hatred, violence, revenge and distrust are growing with every passing electronic moment. These flames are providing “political economy’ to a few sitting at Delhi and Islamabad and the majority in subcontinent and Jammu Kashmir are the eventual victims of this political economy.

It is now the fourth generation of divided families of Jammu Kashmir suffering from the wounds of atrocities and illegal occupation of their country since 1947. Pain is same among Hindus, Sikhs and Muslims. All began with the tribal invasion from Pakistani side violating the “Standstill agreement”. The UN intervention and numerous UNSC resolutions could not fix the issue. Bilateralism between Delhi and Islamabad was aimed at to seize and secure the natural resources of Jammu Kashmir and very sadly ignored the humanitarian aspect of the Kashmir conflict. Even the fourth generation wants to visit and live at their ancestral places but power hungry politics at Islamabad and Delhi does not let them do so. Civilized world should focus the humanitarian aspect of the conflict instead of focusing on markets for economic gains. Over the last 72 years, people in the subcontinent and particularly in Jammu Kashmir have seen many manifestations of intolerance, hate, and discrimination based on political religions or beliefs, and, for this reason, the policymakers at Delhi and Islamabad through their proxies have been prohibiting and eliminating those who think or practice differently. It is time to set out a concrete measure of promoting tolerance, love, and affection to lay the solid foundation of peace for the generations to come i.e. the right to freedom of religion or religious belief, and, ipso facto, the right to respect for human dignity including the right to reunion of separated families and right to return to their ancestral places.

(Nayyar N Khan is a US based human rights activist and a freelance journalist of Kashmiri origin. He can be reached at globalpeace2002@hotmail.com. He tweets as kashsoul.)