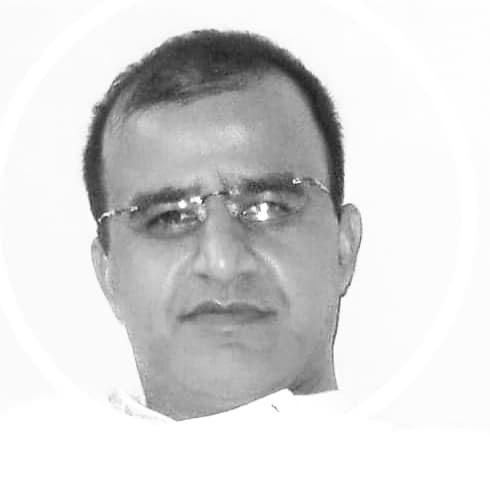 People in Pakistani-administered Kashmir or Azad Jammu and Kashmir are going to elect 45 Legislative Assembly members on July 25, 2021 and these lawmakers in turn would vote for the election of 5 Women, 1 Religious Scholar, 1 Technocrat and a single seat reserved for overseas Kashmiris. The process will sum up the total number as 53 MLAs.

A lot has been written on the subject including controversial nomination process, undemocratic clauses on nomination papers, electoral process and ethereal representative role of AJK government. My write-up will only focus the 12 seats apportioned to the 1947 refugees of Jammu Kashmir settled in Pakistan. It may be the reflection of historical nature  of Kashmir conflict that while carving the electoral process in AJK, the pioneers kept the role of AJK government as local authority (per UN mandated commission UNCIP) OR it would have been a facsimile of post 47 Jammu Kashmir Constituent Assembly’s model at Srinagar. J&K Constituent Assembly kept 25 seats unfilled for AJK and GB according to the size of area and population. Whichever was the case, this gesture on both sides reflects the coherence of Kashmiri people and a rationale to keep reminding the concord of people divided and displaced amid the mayhem of post sub-continent’s division.

However, with the passage of time and leeway of Pakistanipolitical parties in AJK in 1970s the situation got deceitful and began creating political mess instead of keeping Kashmir conflict integral and flourishing in the political and administrative corridors. There are diverse opinions, sometimes belligerent and mostly of the sharp disputing views about these 12 seats for the J&K refugees settled in Pakistan. My opinion is not against the representation of J&K refugees settled in Pakistan in AJK assembly. They must have their representation in AJK assembly but the electoral process and representation needs certain immediate actions taken by the AJK government. Political hegemony and controversy centers nowhere more acutely than in this question. This is one of those crucialquestions upon which it is possible for many sharply opposed views to be held apparently with almost equal weight of reason. Its central difficulty is this, that it is a question which can be answered, if answered at all, only by representatives of Azad Jammu and Kashmir government at Muzaffarabad with careful wisdom whose conclusions are based upon the widest possible inductions from the facts of political experience in all its phases. This question has become more important, perhaps more than any other in the whole scope of political analysis of the territory. It has provoked greater mistrust among the political scientistsand politicians of the region. The present day state of affairs in the territory and the nostalgia of chronicle timeline looking at the structural-functional mechanism suggests that the people of AJK must pursue the structural units at Muzaffarabad to be independent enough for performing their functions properly in the best interests of the people of territory.

Having said that, the first point that pops up in my mind is that AJK election commission does not have any jurisdiction on these 12 seats as these constituencies do not fall in the area of AJK. As a consequence AJK election commission manages the electoral process indirectly through election commission of Pakistan, which in turn creates a statutory ambiguity on both sides. My second pivotal emphasis is the role of JK refuges settled in Pakistan in AJK’s economy, social and political development. Overwhelming majority of these refugees are full-fledged citizens of Pakistan and are playing their vital roles in different arenas. Many represent their constituents in both the provincial and national assemblies of Pakistan. Their political, economic and social interests are very much embedded with that of political interests of Pakistan (a party to the Kashmir conflict) than the interests of AJK or entire Jammu Kashmir (keeping the nature of unresolved Kashmir conflict).

Third imperative point is the provision of developmental funds from AJK budget to MLAs. AJK’s developmental budget is meant to improve the infrastructure of the territory defined asone administrative unit, create jobs, and build schools, hospitals, roads and other institutions within the territory. Each MLA takes almost equal share for his/her constituency when developmental funds are distributed. Here comes the question that needs utmost attention that how these funds go to Sialkot, Lahore, Rawalpindi, Karachi and Abbottabad when these areas do not fall in the territorial jurisdiction of AJK?

Keeping the above three points in mind, I would suggest the authorities in AJK to come up with a doable and practical model for refugees seats. Instead of direct elections on these seats, an indirect mechanism should be practiced by the elected MLAs from the territory of AJK. This will reduce the administrative expenditures as well as shrink the political impacts(controversial) of provincial and national governments of Pakistan in electoral process. So keeping in view the disputed nature of Jammu Kashmir and the title of Kashmiri people to exercise their right to self-determination two seats should be reserved instead of 12 for refugees settled in Pakistan one each for Valley and Jammu. This representation will make the electoral process independent of any political interests outside the territory of AJK and will empower AJK government in decision making process.

The remaining seats should go to the vibrant Kashmiri Diaspora that is playing its vital role in AJKs economy and keeping cultural heritage alive in different parts of the world. After the Indian government’s unilateral actions of August 05, 2019, Kashmiri Diaspora was the only major party across the board that opposed Indian actions and mobilized the masses in Western Democracies. Post-2019 circumstances have altered the preferences in AJK and there is an increasing need to further activate Kashmiri Diaspora. Their role as ambassadors and lobbyists may further be cemented by increasing their participation and share in AJK government.

(Nayyar N Khan is a US based political activist, freelance journalist and human rights defender of Kashmiri origin. He can be reached at globalpeace2002@hotmail.com)

Road Sense or Non Sense By M. Haroon ur Rashid