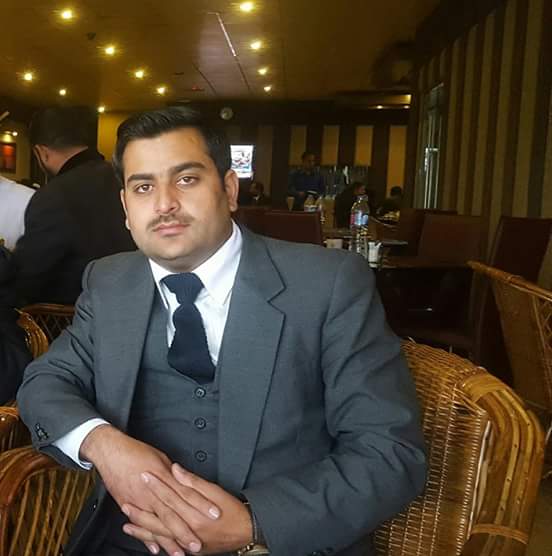 By Waleed Babar Advocate
A recent incident was reported wherein the Deputy Commissioner Bagh (DC), a District of Pakistani Administered Jammu Kashmir, was found misbehaving and torturing an innocent cab driver on charges of overtaking him during travel.

Charges don’t constitute an offence. Even if they did, the DC lacks the authority to punish someone on spot. A different hierarchy of courts has been established for the purpose of assessing guilt or innocence of the accused. This incident purportedly was a violation of a traffic laws, which carries a maximum imposition of a limited fine. Despite the fact we’re not living in the 17th century, where lords and their servants could still treat people like beasts, yet the deputy commissioner acted in the same way as trained by his predecessor colonial rulers, to make people subservient.

He didn’t restrain himself and went further to satisfy his ego. The victim was beaten up terribly by police with the personal direction and presence of the DC at the spot. A false FIR was than lodged against him and he was forcibly taken into jail – released a day later by paying an amount.

Local activists who raised this issue utilizing social media, particularly Facebook, were also ensnared in trumped up and frivolous charges. Another report received from Thorar, a Tehsil of District Rawalakot, indicates a political activist was also caught via cooked up charges because he dared to protest against an SHO of the police, who had been found abusing his power.

It is very unfortunate that bureaucracy and civil servants, whose prime duty is to maintain law and order, keep peace and tranquillity in a society, are engaged in such heinous violations of fundamental rights. The bureaucracy and civil administration, who draw their salaries from the money of tax payers, act like masters. Their training, standards, education and even governing laws are still most outdated. It would be appropriate to see them as instruments of the colonial era. That was a time when the colonial authorities found it necessary to oppress a conquered population with ultimate rudeness, arbitrary powers and iron hands.

Ominously, after the lapse of 73 years of so-called independence, successive governments had miserably failed to initiate any substantive changes in laws governing the bureaucracy. Even the uniform, monograms, slogans, training and investigation methods etc remain the same as those introduced by the British.

Readers might be astonished to know that the Punjab Police (others as well), still maintains a scurrilous chapter in their courses, during their higher rank training, which prepares them on how to deal with the general public disrespectfully. It is a common experience that the bureaucracy prefers to maintain a state of seclusion from the public.

Whenever such incidents happen, they generate some outrage but eventually the public moves on to the next issue. Our history is full of bureaucratic misbehaviour, abuse of power/process and arbitrary actions, yet no substantive changes were introduced when it comes to amending the old fashioned Civil Servant Act.

Although I am not, in general, a supporter of suo moto actions, I still believe that judicial intervention in a matter relating to gross violation of rudimentary rights is justified. The courts shouldn’t let such incidents go unaddressed, which are prejudicial and detrimental to the public’s rights. In fact, the courts should be more curious regarding the ambiguities, loopholes and flaws that provide a safe avenue from liabilities under the pretext of immunity.

The government should formulate a “National Law Reforms Commission”, so as to identify the harsh continuities between our present legal system and colonial laws – and then relinquish all those laws which are not in conformity with or are repugnant to international norms of human rights and dignity. This would include a general policy that any civil servant found behaving in a particularly idiosyncratic, rude, misbehaved, arbitrary, subversive or abusive manner towards the public will have to lose their job.

The general public will also have to be more proactive: maintaining a social, political and moral pressure over governmental, electoral, judicial, administrative and local authorities to redress injustices and abandon the old colonizers’ policies.

(The writer is a Bar at Law student in Canada).

This Too, Shall Pass!