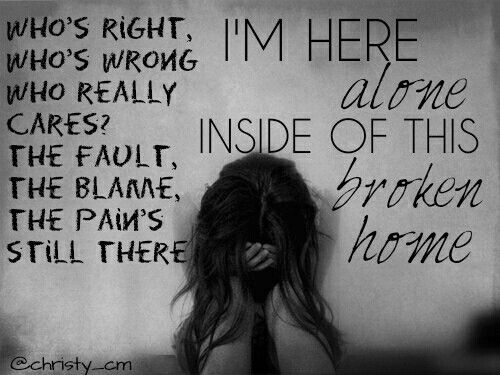 They say a good woman saves her home in any way, whatever be the circumstances – whatever be the consequences. Here, by the word ‘home’ I don’t mean a physical place where one lives and feels comfort, and neither the place in imagination, one wants to belong. It doesn’t relate to any conceptual meaning, rather it conveys its cultural meaning. It simply stands here as a metonym for Marriage.

The collective thought prevailing in our culture regarding the concept of marriage promotes the idea that a good woman is that who saves her marriage in any way. If, unluckily, she fails to save it, though she has tried every way, she doesn’t deserve to be called a good woman. The opposite of the word ‘good’ becomes her identity for the rest of her life. It’s distressing; the opposite has multiple signified meanings, like ‘a bad woman’, ‘a bad character woman’, ‘a foul-tongued woman’, etc. it’s unfortunate, our culture favours this game of opposites.

Almost every woman tries for whole life to come up to this definition of a good woman. To save her home, whatever the cost is, and the least cost she pays is her self. She sacrifices her desires and preferences and lets the others make her life’s decisions and choices on her behalf.

My Ma too did so. She tried her best to save her home; it’s her second time – the second marriage. She lost her first home because of her foul tongue. My maternal aunt (mami) said so. She often teased her saying, “who can bear a foul-tongued woman”, and then she turned to me and said that a good woman keeps her tongue in her control. Ma didn’t even try to defend her, as though what she spoke were absolutely correct. This label was put on her a little over two decades ago.

It was a cold evening of January 1985. Its freezing coldness seemed to have frozen everything, even a father’s concern for his family. That evening my father wounded ma with his sharp barbed words. He said rudely,

“You are a slave to your ego. You never agree to others, especially with my mother. If she wants you not to do a job and stay at home, why do not you obey her.”

“I obey her, in fact, I obey her every order. I have already told her, I will manage all the households with my job, then she shouldn’t have any issue with all this.” Ma tried to convince him.

“Listen, I am letting you know for the last time, you must obey my mother and forget about any job.” He warned her. “But…” Before she would say more, grandma interrupted her. “Why don’t you understand, women of our families don’t do job.” Whenever my father and mother had an argument, she always intervened in it and always stood against my ma.

“What is harm in doing a job? We both will earn, it’ll share his burden.” She replied to her humbly, though her answer didn’t have all truth. “You don’t need to take my burden. I will care everything.” He said harshly, as he had felt insulted. “I see how you much you care, whenever I ask you for money for my needs, you send me to her. Go and beg as if I were a slave.” And here she did wrong, otherwise she never argued in the presence of my grandma. “What do you mean, I’m not able to afford you.” His eyes got reddened with anger.

“What does she say? You can’t afford her.” Grandma added fuel to the fire. “Then she should find the one who could afford her.” She often humiliated ma’s self-esteem like this. “I do not mean this.” Ma could say only this in her defence, and tears welled up in her eyes. She looked at my father with complaining eyes but he remained unconcerned; he seemed to have turned to an idol. Then he said authoritatively, “I can’t allow you to do any job, understand.”

“And even Islam doesn’t allow women to go out and work with males.” Grandma defended his son taking support of the religion, as a religion proves always the best defence. Pick an idea from the teachings of Islam and mould it in a way that it can certainly advantage you. “Now you remember to preach Islam, where your Islam goes away when you try to spoil the relation between husband and wife – and when you incite him against me.” That day seemed had risen from the opposite direction. She protested – a shaking protest in a dying voice.

This thing was out of my father’s patience.  He shouted, “Hold your tongue.” And then – he gave a sharp backhanded slap across her face. Her face burned and tears fell down her cheeks. It’s sudden, thought it’s not for the first time. He often beat her, and with no reason. He seemed to have gone mad. “My mother says right you’re a foul-tongued woman. You do not have any manners that how to talk to elders.”

And then he spoke three words with urgency and left the room saying, “And take Anaya with you.” I felt extreme hatred in his tone for me, what I breathed in silently – where all that hatred he accumulated from, God knows. Ma stood shocked and petrified, as not knowing what to say, how to react, and then, she burst into tears, she cried – cried so hard.

Queen is not at a holiday station!

Why Is America Wasting So Much Energy?