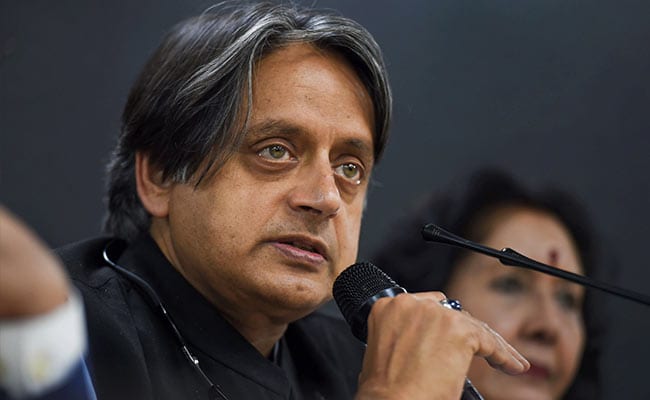 India is attempting to pass a controversial citizenship bill which will in essence bar Muslims from seeking asylum in India.  Shashi Tharoor who is a darling even of some naïve and foolish Pakistanis has gone ahead and made the one statement that every apologist for the essentially Hindu majoritarian state of India makes. He says that this is a triumph of Jinnah over Gandhi, implying that Jinnah wanted a religion based citizenship.

This is the farthest it can be from the truth. Jinnah made it absolutely clear both before and after partition that Pakistani citizenship law will not distinguish between people on the basis of faith. This is the one thing that Pakistani state has actually followed, even if Pakistan has regrettably made distinctions between classes of citizens in terms of the constitution. This is however a key difference – any person who is born in Pakistan of any faith is automatically a citizen of Pakistan and none of the exceptions are religion based. This is called jus soli and Pakistan is the only country in Asia that has a truly inclusive law for citizenship. This should not be confused with the fact that Pakistan does discriminate against certain classes of citizens but as far as the right to become a citizen is concerned, Pakistan has the same law essentially as the United States of America, give or take a few differences.

Let us look at the Pakistani law i.e. Citizenship Act of 1951. Section 4 of the law states without any reference to religion:

“4. Citizenship by birth.— Every person born in Pakistan after the commencement of this Act shall be a citizen of Pakistan by birth.”

Section 3 makes interesting reading. Notice there is no reference to religion in it. It says that any person in the territories of Pakistan which were part of British India or whose grand parents were born in India was eligible for Pakistani citizenship:

(a) who or any of whose parents or grandparents was born in the territory now included in Pakistan and who after the fourteenth day of August, 1947, has not beenpermanently resident in any country outside Pakistan; or

(b) who or any of whose parents or grandparents was born in the territories included in India on the thirty-first day of March, 1973, and who, except in the case of a person who was in the service of Pakistan or of any Government or Administration in Pakistan at the commencement of this Act, has or had his domicile within the meaning of Part II of the Succession Act, 1925, as in force at the commencement of this Act, in Pakistan or in the territories now included in Pakistan;

(c) Who is a person naturalized as a British subject in Pakistan; and who, if before the date of the commencement of this Act he has acquired the citizenship of any foreign State, has before that date renounced the same by depositing a declaration in writing to that effect with an authority appointed or empowered to receive it; or

Then there is the question of those who migrated to or from Pakistan. The law reads (without any reference to religion):

6. Citizenship by migration.— (1) The 3[Federal Government] may, upon his obtaining a certificate of domicile under this Act, register as a citizen of Pakistan by migration any person who 4 [after the commencement of this Act and before the first day of January, 1952, has migrated] to the territories now included in Pakistan from any territory in the Indo-Pakistan sub-continent outside those territories, with the intention of residing permanently in those territories:

Provided that the Federal Government may, by general or special order, except 5

Any person or class persons from obtaining a certificate of domicile require under this subsection.

(2) Registration granted under the preceding subsection shall include besides the person himself, his wife, if any, unless his marriage with her has been dissolved and any minor child or his dependent whether wholly or partially upon him.

Therefore the Pakistani law recognised the right of return of every person who left Pakistan in 1947.  How is this by any stretch of imagination the same as the Indian law and the current amendment bill.  Pakistan’s citizenship law is perhaps the most progressive thing about the country and it is based entirely in Jinnah’s famous 11 August speech.

So what private grief does Shashi Tharoor nurse? I have long held the view that even more dangerous than the current Hindutvadis in the open are the in closet Hindutvadis who call themselves Gandhians and Nehruvians.  Gandhi and Nehru preached the doctrine of Indian exceptionalism and its basis in the “ancient dignity of India”.  In this narrative ultimately Muslims and then the British were evil foreigners.  Gandhi and Nehru may not have said so in those many words but this was the logical extension of their majoritarian “democracy” without any safeguards.   Modi has just taken the mask off.  Shashi Tharoor is the beneficiary of the Savarna caste system and he only dislikes Modi because Modi has exposed the ugly reality of India’s status as a Hindu majoritarian state.