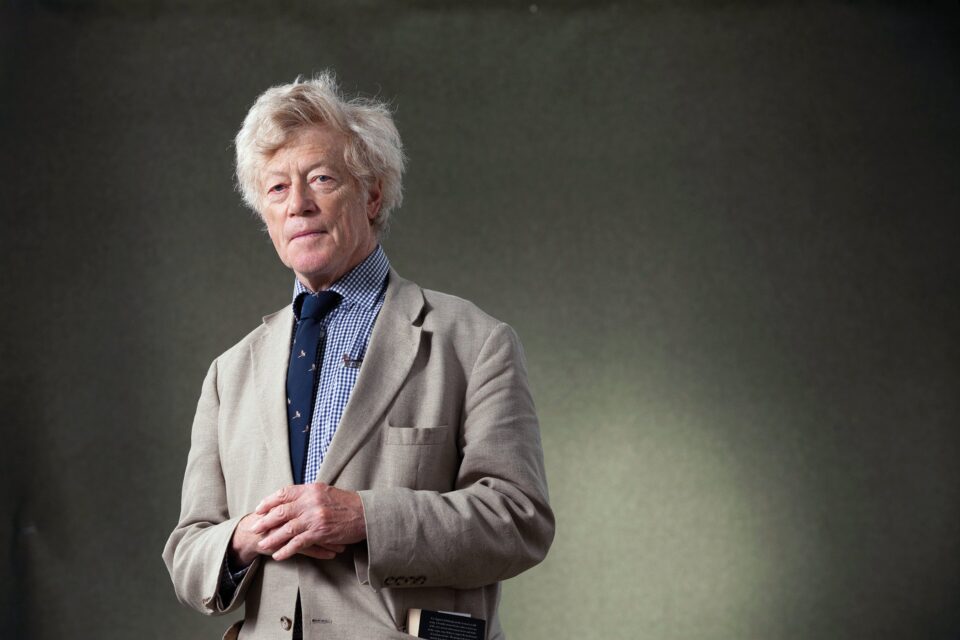 First time I got to know Sir Roger Scruton (1944-2020) in the 1980s when I read his article on R. D. Laing in his famous book Thinkers of the New Left. Undoubtedly, it was an intense critique on the leading thinkers who he has associated with thenew left. I could not understand his justification of adding R. D. Laing and Michel Foucault in this list. Though, Laing is still wrapped up in miscalculations about his political orientation but who has seen Foucault’s hostility towards communism and caustic response by German Marxist Habermas would hardly agree with Scruton’s opinion on his membership of the new left club. I remember the book was gone very popular straight after its publication, obviously because it was controversial. Later, I got to know that Scruton had to suffer a lot just because of this book. He had to leave his professorship; the publisher had to call all the unsold copies off the shops. However, he did not give up. He got the second edition of the same book published in 2015 but with a different title, Fools, Frauds and Firebrands: Thinkers of the New Left. In this edition Laing has been excluded but Foucault is still there and he added Edward Said, French psychoanalyst Jacque Lacan, psychotherapist Félix Guattari, philosopher Gilles Deleuze, philosopher Alain Badiou, and Zizek as new entrants. One can see even after looking at the title that he struck even harder the second time. Though his definition of the left is still rooted in the social arena evolvedin post-revolution France. Since then whoever strived for liberation (of any kind) and social justice, Scruton considered that theorist as a leftist. That might be the reason why Noah Harari thinks that the radical Islamists have been influenced by Marx and Foucault. One has every right to disagree with his definition of the left, however, it is very important to remember it while reading this book, in particular.

Arguably, in this and other more than 50 books, he took a position of a conservative philosopher. Classically, conservatism had many shapes, a wide range of thinking and a number of philosophers associated with it. Conservatism has been considered as a social attitude and at time​s​ as counter-enlightenment. At the same time, it has been considered as anti-modernism. Scruton has taken a different position by calling conservativism modernism of its own types, which contrary to common belief relies on the frailty of the human race in given circumstances. Scruton believed in human frailty, which does not allow him to chase idealistic ideals. That should be considered as the root of all his opposition to the left or any other utopian approach. This point may be elaborated better by looking at the demarcation he drew on the definition of culture. His conservative position on the definition of culture was a source of wisdom and knowledge which people need to progress. This wisdom and knowledge can not be taught, it makes its own ways and manners of transference and through that culture transforms itself. Throughout his work, he criticized the definition in which the culture is considered as a value structure of powerful classes. In his work, he legitimately blames Foucault for this definition. In his opinion, this definition is mainly responsible for the cultural conflicts instead of mutually beneficial interaction among various cultures. While saying this, he could not stop himself from supporting Brexit for British people. He accepted and allowed the identities like “British Nigerian or a British Pakistani”. He took a step further and consented a little more precarious positions like British Muslim or a Jew because of primary identity and loyalty is here attached to the land. You would be surprised to know that his hopes that primary identity and loyalty will remain attached with the land are based on this optimistic view; “The British people remain bound to each other by ties of mutual responsibility and!social!trust, and it is my hope that these bonds will be strengthened as we come to terms with Brexit. For our ties are not the creation of shallow agreements, ideological fanaticism or consumerist whims. They belong to our way of being, in the place where we are”. This optimism, like many other conservative ideas, can be challenged from both political and philosophical standpoints.

The “British” identity and loyalty to the land is under threat since the very beginning. ​People of ​Northern Ireland kept resisting the “British” identity and were​ even involved in an armed struggle for freedom. I don’t understand what the Scottish referendum of 2014 would mean for Scruton. Thirdly, if British Pakistani was an acceptable identity for Scruton, what would be his position on the identities like “Scottish English” or a “Welsh Irish”. In this case, his primary condition of loyalty and identity to the land is being met but “British” is missing. Would he agree with the changing identity with the change of land? What if a British Pakistani moves to Ireland? Would he be an Irish Pakistani? Is identity such a fluid and fluctuating phenomenon? He insists in the above quote that British identity belongs to the question of “being” but the same people are not subscribing to it. People are insisting on their cultural roots, a phenomenon which I refer to as “essentialism”. Here culture is used exactly in the same meaning Scruton defended and advocated for. This Scrutonian culture is constantly shrinking. So one can ask a legitimate question, what would happen after Brexit. I really don’t know what did he say or feel when Angela Merkel of Germany has declared the failure of multiculturalism in Europe. That clearly meant the failure of Scruton’s optimisim that a land can be a primary identity for people to affiliate with. The Pakistani experience of people’s priority to languages, ethnicity and sects over land could have been  another evidence to wreck his optimism.

One can safely say that conservatives are liable to create such fallacies simply due to their loath to change and their predisposition for oversimplification. However, one must appreciate Scruton’s ​fervor​ over a number of issues. He firmly believed in his definition of culture and made genuine efforts to understand the various cultures. He studied Arabic and Hindi to read Quran and Hindu scriptures. He believed in social liberty but not at the cost of core human values of community, religion, cohesion, and harmony. He may not be a role model for others but those who believe in conservativism, he may be a mentor for them.

Disparity of Muslims under BJP Regime

Arundhati Roy: ‘The pandemic is a portal’