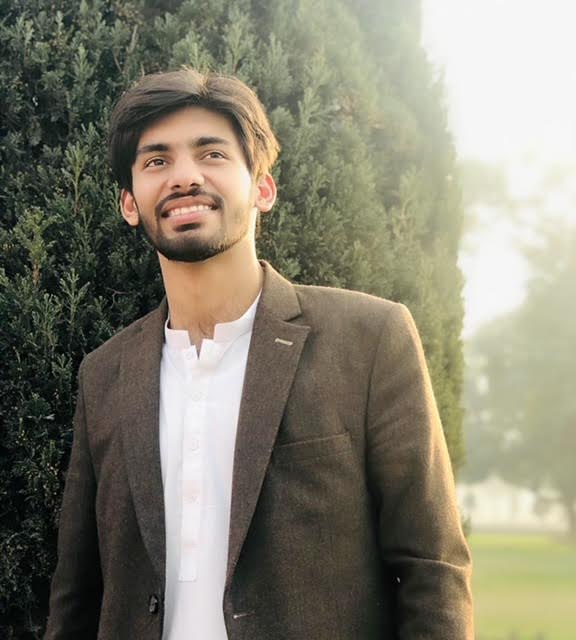 “Nothing will come of nothing.” Says the old King Lear. I could start my article with an old similar Greek dictum: Ex Nihilo Nihil Fit (out of nothing, nothing comes), originally opined by Parmenides. But since I am doing my BS in English Literature, I preferred to start with a Shakespearean line. If we dare to contextualize the above dictum into the world of science, as it is oriented, we may say that nothing can’t create something. Recently, in Pakistan, a wide range of university students are seemed to be sceptical about the idea of God, soul and religion. Being influenced by the leading Western atheist philosophers, they believe that God and religion are the results of human imagination as believed by a renowned psychoanalyst Sigmund Freud. According to these young students, religion is the root cause of all the problems. If there was no religion, there would be no wretchedness in the world. They further argue that religion was invented by the ruling classes to oppress the proletariats as pointed out by Karl Marx. Some students seem to be impressed by Nietzsche’s Ubermensch (superhuman).

Well, whom should we blame for this prevailing atheistic attitude in our youth? To our traditional religious preachers, who in alliance with the ruling classes counterfeited the genuine teachings of Islam? Or to our modern intellectuals, who, instead of making Islam compatible with the modern problems, has left the religion in stagnancy, in pursuit of their so-called scientific endeavours.

Here, one important aspect we all must not neglect is that this animosity towards religion and God is not an old thing and mainly came with the 18th century Enlightenment. Backed by the scientific revolution of the 16th century, as in the past many great philosophers including Plato and Socrates believed in divinity. With the scientific revolution, people started questioning religion based on modern reasoning. And during the Reformation period in Europe, they ultimately excluded religion from the politics. Now the question is that how this hatred against the religion grew in them? Indeed, it was the extreme oppression of the church that compelled people and philosophers to challenge the Papal authority. As a matter of fact, under the church, dissent was completely forbidden and due to the very reason Giordano Bruno, a great philosopher and mathematician; was executed by burning as he challenged the orthodox beliefs. After this, one can say that their frustration against religion was genuine. But should we not ponder on the fact that if a boat is failing to leave at our destination should we leave that boat and jump into the river or resolve the actual problem with the boat? A sensible person would try to resolve the issue. If we make a rule that everything which is failing to deliver, we must leave it then, first of all, we must abandon science. The way science has destroyed the peace of the world just like never before. The notorious British Empire colonized half of the world with the help of this science and technology and oppressed the native people. In our recent history, the American atomic bombing over Japanese cities of Hiroshima and Nagasaki. Furthermore, the American brutality in Iraq and Afghanistan was the sheer outcome of modern technology i.e. the Drone attacks on the innocent people of Iraq, Afghanistan, Yemen and Syria. Now should we not abstain from science? Some people would say that science has also facilitated humanity, anything can be used wrongly. That’s exactly my point. Use of things matters more than the things themselves. So why can’t we apply this theory while talking about religion? Can we not use religion wrongly? Of course yes. So if some people are fabricating religion for their gain should we leave the genuine religion? That’s the point where we all should think.

As I am writing this article there is a book on my table entitled “God and Philosophers: The Reconciliation of Faith and Reason”, edited by Thomas Morris. A remarkable book indeed. This book is a collection of essays written by different Christian philosophers who talk about their journey from doubt and disbelief to belief and how they, being philosophers, find faith and reason compatible. Well, this reconciliation of reason and faith is not a new thing for the Muslims as, during the Muslim Renaissance, the majority of the philosophers believed that faith and reason are in harmony and this concept laid the foundation of Islamic civilization. Unfortunately, with the decline of the Muslim empires, Muslims lost their interest in science and reason. Now there are two groups of Muslims: One who believes that science is anti-Quran and the other group, which mainly consists of our youth, who firmly believe in science and have lost their interest in Islam and God.

Let’s now deconstruct some of the major objections, usually raised by the atheists, which have preoccupied our youth. First of all, the main objection which comes is that this universe came into being automatically without any creator and they often refer to the Big Bang theory. Well in the world of science, such an absurd objection is quite surprising. These people firmly believe that everything has a creator but when referring to the universe they say that it was created incidentally. At the beginning of my article, I quoted the old Greek dictum that says; nothing comes from nothing. If there was nothing before the creation of the universe then the universe couldn’t come as matter.  Similarly, energy can’t plan anything on its own. Secondly, they say that if everything has a creator and the universe has also a creator, known as God, then who created God? The answer is very simple. The question of the creator comes only when we have the image of creation like when i see a beautiful building then the question comes into my mind who has built it. But since our imagination cannot create the image of God so the question of His creator eventually becomes invalid.

The third major objection to God by the atheists is that how can we believe something which we can’t see. Well, it’s not their fault because the science they believe in also deals only with material things. To answer this question, there are multiple things can’t be seen. But we can only feel them i.e emotions, pain, and soul. Moreover, we human beings have a limited vision that is bound in time and space but God is unlimited and resides beyond time and space. It’s just like if I ask someone to look straight into the north how far he can see, of course to some extent but it doesn’t mean that there is nothing ahead. So the limited (human beings) can’t see the unlimited (God). As Hegel says, “If God is to be truly infinite, truly unlimited, then God cannot be ‘a being’, because ‘a being’, that is, one being (however powerful) among others, is already limited by its relations to the others. To think God as ‘a being’ is to render God finite.” He further says that; “God emerges out of beings of limited reality, including ourselves.” Hegel’s conception of God is very unique. But he, intentionally or unintentionally, makes God dependent on the limited. Had Hegel read Nahj al-Balagha, a collection of sermons of Imam Ali, he wouldn’t be mistaken at this point. Hazrat Ali, in sermon 186 of Nahj al-Balagha, says, “…His (God) being precedes times. His existence precedes non-existence and His eternity precedes beginning…. He is not confined by limits, nor counted by numbers. Stillness and motion do not occur in Him, and how can that thing occur in Him which He has Himself made to occur, and how can a thing revert to Him which he first created, and how can a thing appear in Him which He first brought to appearance. If it had not been so, His Self would have become divisible (into parts) and His reality would have been prevented from being deemed Eternal,” Hazrat Ali further says, “it cannot be said that He came into bring after He had not been in existence because in that case the attributes of the created things would be assigned to Him and there would remain no difference between them and Him, and He would have no distinction over them.” By the way, the sufi school of thought is more unique in perceiving the reality of God. Obviously, through the mystical experience. This mystical experience is not only confined to the Muslims only but, here, I must refer to a famous mystical experience of Blaise Pascal, a French philosopher and mathematician, known as the “Night of Fire.” Pascal was not always a God-believer but in his final days, he had a mystical experience that continued for two hours and after that Pascal became a believer as he wrote after this experience, “My God, will you leave me? Let me not be separated from him forever. This is eternal life, that they know you, the one true God.”

The fourth and last major objection by atheists is that as the world was created automatically there is no question of the afterlife. Well, I think I must quote Socrates here as he said, “If death was the end of all, the wicked would have a good bargain in dying.” The western concept of the afterlife is different from ours. They believe in absolute extinction but in our religion death is not an absolute extinction rather it’s a relative extinction. So apparently the concept of absolute extinction ultimately leads one to believe that this life is meaningless but when we say that there is another life, perhaps a different life, after death then it eventually makes some sense of the world.

To conclude my article, I would just say that these so-called philosophers have failed to bring any change in society. The people who are suffering from the horrors of capitalism and neoliberal economic policies in third world countries don’t get any hope from these philosophers. When these existentialist writers say that life is meaningless and everyone has to construct meaning of their own, they give unconditional support to the oppressive powers of the world. So the need of the time is to develop a collective sense of the world to uproot the evil values and struggle to develop a system based on equality, simplicity and justice.