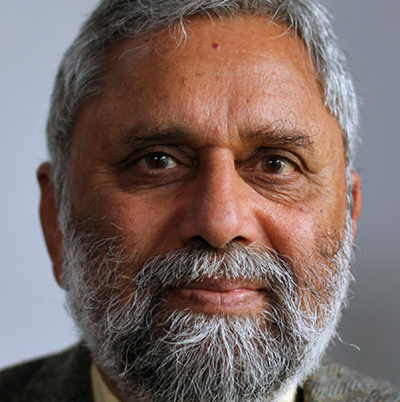 In the last few days, there have been some rather rash statements by many Indian political leaders across political parties about the entry fee that the Pakistan government is going to charge Indian pilgrims for entering Pakistan to visit the historic gurdwara at Kartarpur Sahib on the occasion of Guru Nanak’s 550th birth anniversary.

They have been all criticising the Pakistan government for this entry fee and some have even criticised the Indian government for finally agreeing to this fee despite having raised objections earlier. The Pakistan government’s gesture of waiving off the fee for the first few days of entry for this centenary year remains unappreciated and has not dented the criticism. Some commentators have gone to the extent of calling this entry fee a ‘jizya tax’.

There could be four possible explanations for these ill-advised and undignified utterances. One could be the lack of knowledge and understanding of international relations on the part of those who’ve made such statements regarding the rules of entry of citizens of one country into another. Second, it could be based on an understanding that public pronouncements on this matter criticising the entry fee would earn them praise and admiration from the followers of Guru Nanak and especially from the pilgrims planning to visit the historic gurdwara.

Third, it could be a deliberate act of mischief to create bitterness between different communities especially between the Muslims (identifying Muslims with Pakistan) and the followers of Guru Nanak from the Sikh, Hindu and Sindhi communities. The fourth explanation could be a combination of muddled thinking and mixed motives combining elements of all the three aspects. Let us probe all of these four explanations.

Regarding the aspect of international relations, it is important to understand that every national government in the world charges citizens of other countries when they enter its territory. The only exception to this norm is when two countries have reached an agreement of reciprocity about not charging any entry or visa fee from each other’s citizens when they enter each other’s territory. There are several countries in the world who have such agreements of reciprocity.

India and Pakistan do not have such an agreement though, in the long-term, it might be desirable to have one. In fact, on the contrary, India and Pakistan have very stringent visa requirements and conditions for entry and travel into each other’s territory due to the unfortunate history of poor external relations between the two states.

These poor inter-state external relations have persisted despite the personal experiences of unique warmth and affection between citizens of the two countries whenever and wherever they meet. A friend of mine – a British citizen – who is an academic expert on security issues told me about an interesting experience at an international conference on security held in a neutral Asian country.

The delegates of India and Pakistan – who were mainly government officials – drew attention for being at each other’s throats during the conference proceedings. However, when all the delegates had to travel together somewhere else, it was noticed that the same delegates were the friendliest with each other. It almost appeared to be a case of split personality – officially hostile but unofficially ideals of cultural commonalities and friendship prevailed.

It might be argued that visiting a religious shrine in another country could be exempted from the normal entry rules. However desirable or undesirable this might be, this is not the current international practice. Many of my students from China, Japan and other East Asian countries have had a long-held desire to visit Buddha’s birthplace in India and those of them who are able to put this desire into practice, are charged the normal entry and visa fees when they visit India to pray at Buddha’s birthplace. Similarly, Pakistani citizens who visit Ajmer Sharif or other places of religious importance to them in India, they are charged the normal entry and visa fees by the Indian government.

Those making public statements criticising the entry fee to attract praise from followers of Guru Nanak and from pilgrims planning to visit Kartarpur are indulging in a very undignified practice and are disrespecting Guru Nanak who was a sharp critic of such sectarian practices. Such critics perhaps do not understand that, like Baba Nanak, Guru Nanak is a hugely revered figure in Pakistan.

If the criticism of the entry fee has the open or disguised motive of spreading ill will between communities, especially when emotionally and communally charged terms like ‘jizya tax’ are in usage, it is severely condemnable and even more so when such malicious attempts are being made at this pious occasion. It amounts to polluting the purity of this historic event.

All those making such statements with this motive should take a step back from this misadventure and introspect. They need to look into their hearts and minds and if they realise that there indeed was this ill motive behind this action of theirs, they should seek forgiveness from the Guru for this patently wrong act of theirs.

Coming to the explanation of mixed motives, it is possible that those criticising the entry fee are doing it, not because of clarity behind their stance, but out of ignorance about international rules and an inadequate understanding of the possible consequences of their stance for inter-community relations. There is growing research on mixed motives behind human behaviour that suggests that more often than not, human beings make decisions and participate in activities that are guided by motives which are mixed and not necessarily internally coherent. If indeed there are some critics of the entry fee who fall in this category, it would be fruitful for them to calmy ponder over their stance. This may result in reinforcing their existing ideas but could possibly also result in a changed stance.

It is important that, at this hugely significant historical moment of centenary or half centenary anniversary celebrations of Guru Nanak’s birth – which may occur only once in the lives of so many of his followers – ethical responsibility is exercised in making public statements on issues such as the entry fee which have important bearings on international relations and inter-community relations in the sub-continent.

Pritam Singh is a visiting scholar at Wolfson College, University of Oxford, and the author of Federalism, Nationalism and Development.