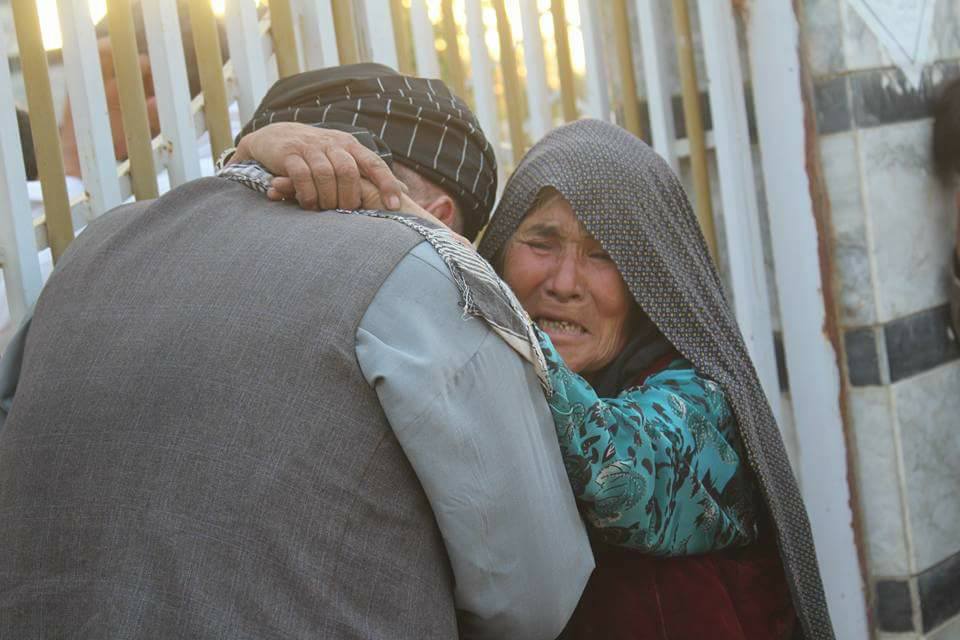 In the first week of August 2017, more than 60 people including women and children were killed in Mirza Olang village of northern Sar-e-Pul Province of Afghanistan in a joint and coordinated attack by Taliban and Daesh also know as Islamic States of Iraq and Syria (ISIS). Almost all the victims belong to Hazara ethnic group who mostly follows Shia sect of Islam. There are also considerable Hazara populations of Sunni and Ismaili sects in the country.

Following the capture of Local Police check posts, the insurgents descended on the said village and resorted killing the inhabitants, while showing no mercy even on women and children. The militants set ablaze the villagers’ houses and took hostage 150 family members. Later they released some elderly man and women but took away about 47 girls, aged from 11 to 22 years, to unknown location. It is feared that these girls would suffer the same treatment as suffered by the Yazidi women in Iraq.

Hazaras, once the largest ethnic group, have remained the most oppressed and persecuted community in Afghanistan. About 60% of their total population had been massacred during the then King of Kabul Amir Abdur Rahman, in 19th Century (1830-1901) while thousands of their women were detained, kept slaves and sold in the open market of Kabul and other parts of the country at throwaway prices. The atrocities and discrimination had forced hundreds of thousands of Hazaras to fled to British Sub-continent, Iran and some other countries. The forefathers of Pakistani Hazaras, who have now been living for more than a century in Pakistan, had fled Afghanistan due to the harsh and discriminatory policies of Ameer Abdur Rahman.

Following the invasion of United States and its allied forces, Hazara people handed over their arms and ammunition under the process of “Disarmament Demobilization and Reintegration” (DDR) with the hope that peace and tranquility have been established under the so-called US installed democracy and the country would not further plunge into lawlessness and chaos. Whereas the other ethnic groups did not demonstrate much interest in the disarmament process. Therefore the Hazaras are now the most vulnerable community in Afghanistan as they are not well equipped to defend their land and community and are merely living on the mercy of Afghan government to provide them protection.

The US and Afghan government so far have not only failed to safeguard the Afghan masses but President Ashraf Ghani looks busy in conspiracies that how to counter and weaken his political opponents.

According to some analysts and Afghan politicians, the afghan government is in complicit with the terrorists in killing of its opponents and innocent people in the country. Serious questions are being raised that despite repeated request of officials in Mirza Olang village for further deployment of security forces and air support, the government did not only pay heeds to their request even with the passage of 48 hours that resulted into massacre of innocent and unarmed civilians but also detained the journalists in Sar-e-Pul province to stop them from covering the incident. It is being said that with the defeat of ISIS in Iraq and Syria at the hands of Iraqi and Syrian army with the open support of Russia and Iran, the group is seeking refugee to Afghanistan and is busy in recruiting local commanders and their men in different areas of the country. The group has claimed responsibility for several deadly attacks on Hazara ethnic group at Kabul, Mazar, Herat and other parts of the country resulted into killing of hundreds of people.

Russia and Iran have repeatedly been expressing their severe fear and concerns about the resurgent of ISIS at different occasions. ISIS militants have aggressively launched their activities in the northern provinces of Afghanistan, bordering central Asian countries, further fueling Russian concerns that the group has been made to counter Russia and its interests in the region. This deteriorating situation in Afghanistan compelled Russia and Iran to build efficient contacts with Taliban to re-counter their opponents’ designs.

Northern provinces. If the international community and neighboring countries cannot succeed in framing a clear road-map for enduring peace in the country, then the deteriorated situation will force the vulnerable ethnic groups and their leaders to make efficient arrangements to safeguard their communities from ISIS and like-minded groups. Such approach will lead the country into further lawlessness and chaos and later into an unannounced civil war on ethnic and sectarian lines that would endanger the very security of the Afghan state.

When Silence Whispered: A Book review by Perveiz Ali

Kartarpur and India’s side of the coin by Abdullah Qamar