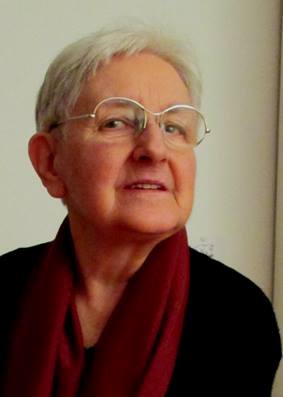 The interpretation of the sacred Koran varies quite significantly amidst the Muslim community. So if you for example look at the sura regarding Polygamy in Islam you find this:

“And if you fear that you will not be able to deal justly with the oppressed women, then marry from among them two or three or four, but if you fear you wont be just [even then], then marry only one.” (Koran 4:3).

What does it mean in reality?

I think the answer could be found in the writings of the chairwoman of the Theosophical Movement in England, Dr. Annie Besant, who declares in her book ‘The Life and Teachings of Muhammad’, that pretended monogamy in the West is like polygamy without responsibility, because the mistress is cast off when the man is weary of her. I fully agree to her pointing out that monogamy with a blended mass of prostitution is hypocrisy and more degrading than a limited polygamy:

“There is pretended monogamy in the West, but in reality, there is polygamy without responsibility; the mistress is cast off when the man is weary of her (…). The first lover has no responsibility for her future, and she is a hundred times worse off than the sheltered wife in a polygamous home. Is it not better for a woman to live in polygamy, united to one man, only with a legitimate child in her arms and surrounded with respect, than to be seduced and then cast out into the streets perhaps with illegitimate children outside the rule of law, uncared, unsheltered, to become victim of any passer-by, night after night, rendered incapable of motherhood despised by all? (…). Those things are forgotten whilst people are hypnotised by the words monogamy and polygamy and do not look at what lies behind it in the West – the frightful degradation of women (…). Monogamy with a blended mass of prostitution is hypocrisy and more degrading than a limited polygamy.” Annie Besant

A similar comment on Polygamy I found in the internet:

“Any mention of polygamy in the West today, among feminists and non-feminists alike, evokes feeling of hate. This hate is rooted in Western culture and not religion. The culture that hates polygamy however allows all sexual intercourse between a man and a woman in plurality [as long as it is pre or non marital]. However the same intercourse made “responsible” by marriage in the plural is outlawed and hated.”

And furthermore I read:

“Monogamy does not protect women, but the men who exploit her.  Polygamy protects the interests of women and children in society.  Man is opposed to polygamy, not because monogamy is moral, but because he wants to satisfy his desire for variety by indulging in unlimited adultery.  Sin, not fidelity, has taken the place of polygamy.  That is why man is opposed to plurality of wives which commits him to many duties and responsibilities, financial and otherwise.  Monogamy allows him to.  He can “play around” without taking responsibility for his sexual conduct.  Legalized polygamy would require him to spend on his additional wives and their offspring.

Birth control and the ease of abortion have opened sex for fun to Western women.  But she is still the one who suffers the trauma of abortion and the side effects of birth control methods.  If a man wishes to have a second wife he takes care of, whose children carry his name, he is considered a criminal who may be sentenced to years in jail.  However, if he has numerous mistresses and illegitimate children his relation is left unpunishable in many countries.

In the past, even for a licentious man, opportunities for sin were limited.  That is why he had to take recourse to polygamy and, in spite of some evading their many duties he still had to shoulder certain responsibilities in respect to his wives and children.  Today, a man who has ample opportunities of enjoyment does not see any necessity of making the least commitment; hence, his aversion to polygamy.”

Howsoever you, dear reader, adhere to Polygamy, the truth is, that in old times the polygamy was permissible in all religions, as described clearly in the History of Polygamy.

(HISTORY OF POLYGAMY (OR POLYGYNY) Polygamy was permissible in all the religions:

That one man can have more than one wife was something considered permissible in all religions of the world even before the advent of Islam. The custom prevailed in Arabia, India, Iran, Egypt, Babylon and among people elsewhere. Its natural validity cannot be denied even to this day. The Europeans of the present age tried to break away from the practice of their predecessors and made multiplicity of marriage impermissible. The history of nations and beliefs shows that no religion or law had drawn a line in this matter, neither the Jews and Christians, nor the Hindus and Aryans or the Zoroastrians. Davenport, the well-known Christian writer has deduced from the Bible that plurality of wives is not only favorable but is a source of blessing from God. Others such as Father Nixon, John Milton and Isaac Taylor have supported this view strongly. Similarly, Vedic teachings permit unlimited number of wives, even in tens and thirteens and twenty sevens, at one time. ShriKrishna, a highly respected deity among Hindus, had hundreds of wives. Many Hindu religious personalities, according to their scriptures, had multiple wives. King Dashrat, the father of Rama, had more than one wife. Krishna had several wives. In earlier times, Christian men were permitted as many wives as they wished, since the Bible puts no restriction on the number of wives. It was only a few centuries ago that the Church restricted the number of wives to one. Polygyny is permitted in Judaism. According to Talmudic law, Abraham had three wives, and Solomon had hundreds of wives. The practice of Polygyny continued till Rabbi Gershom benYehudah (960 C.E to 1030 C.E) issued an edict against it. The Jewish Sephardic communities living in Muslim countries continued the practice till as late as 1950, until an Act of the Chief Rabbinate of Israel extended the ban on marrying more than one wife. As per the 1975 census of India Hindus are more polygynous than Muslims. The report of the „Committee of The Status of Woman in Islam‟, published in 1975 mentions on

page numbers 66 and 67 that the percentage of polygamous marriages between the years 1951 and 1961 was 5.06% among the Hindus and only 4.31% among the Muslims. According to Indian law only Muslim men are permitted to have more than one wife. It is illegal for any non-Muslim in India to have more than one wife. Despite it being illegal, Hindus have more multiple wives as compared to Muslims. Earlier, there was no restriction even on Hindu men with respect to the number of wives allowed. It was only in 1954, when the Hindu Marriage Act was passed that it became illegal for a Hindu to have more than one wife. At present it is the Indian Law that restricts a Hindu man from having more than one wife and not the Hindu scriptures. The Bible did not condemn polygamy. To the contrary, the Old Testament and Rabbinic writings frequently attest to the legality of polygamy. King Solomon is said to have had 700 wives and300 concubines (1 Kings 11:3). Also, King David is said to have had many wives and concubines (2 Samuel 5:13). The Old Testament does have some injunctions on how to distribute the property of a man among his sons from different wives (Deut. 22:7). The only restriction on polygamy is a ban on taking a wife’s sister as a rival wife (Lev. 18:18). The Talmud advises a maximum of four wives (Swidler, op. cit., pp. 144-148)).

I personally never knew but come to know now for the first time about the History of Polygamy; thus I wonder why this ancient habit has changed to total ban in all religions except in Islam as far as I know. Surely it is based on the fact that historical customs are bound to change in the course of centuries, not necessarily meaning to be an ultimate disgrace; in the contrary, a natural development, going hand in hand with equal opportunities for women.

However, reflecting the sense of the sura 4 in the Koran, permitting the male to marry more than one female, I cannot find any kind of discrimination against women. Originally a Muslim husband is meant to be allowed to care for orphans who lost their husbands, sons, fathers or brothers in battle and consequently to marry up to three more females. If husbands are able to care for them rather equally – financially as well as emotionally – and the first wife does agree to the second wife, then why do some people make such a fuss about it? And why are they ridiculing and abusing the lucky man blessed with two or more spouses?

Since nowadays there is no continuum of battles like in ancient times, the tradition of Polygamy has become a scarcity value, but still there are reasonable arguments for some men to marry two, very seldom more than two, women. Muslim Family Law Section 6 had laid down “that no married man contract a second marriage without the permission of Arbitration Council which shall ensure that the man had good grounds for second marriage and had obtained his first wife’s permission to do so.”

So why are those lucky men and more so the second wives yet being hated and unappreciated by the first wives?

According to the link http://www.islamreligion.com/articles/358/viewall/#_ftn10315 you come upon the

Introduction: “Most Westerners regard polygamy as intrinsically evil and its practice as immoral.  In contradiction, they realize and purport that every age and society has its own standards, but then themselves judge this by the standards of their particular society and time.

For a Muslim, the standards of morality are set by divine revelation, the Quran and the Sunnah, and not by prevalent modern perspective.  Furthermore, the great Hebrew patriarchs equally revered by Judaism, Christianity, and Islam – Abraham, Moses, Jacob, David, and Solomon, to name a few – were undisputedly polygamous. The example of Jesus, who never-the-less overlooked polygamy, is irrelevant, as he did not marry at all during his earthly ministry. It is unclear why the Hebrew prophets took multiple wives, for their life stories are mostly unknown. However, a careful study of the Prophet Muhammad’s biography – preserved in minute detail – reveals the reasons for his plural marriages”.

It should be reconsidered by deeply religious Muslim women, who are observing all rules of Islam, that Muhammad (may the mercy and blessings of God be upon him) gave the world an ideal example of a chaste life up to the age of twenty-five, then a monogamous life with a noble widow, and a polygamous life after the age of fifty. He married the young and the old, the widow and the divorcee, the pleasant and the emotional, the daughters of tribal chiefs and freed slaves. He was an example of perfection in all the diversity life had to offer. So it should be beyond all questions for Muslim women to follow the prophet (pbuh) in adoration and veracity, withstanding all sorts of jealousy, enviousness and grudge.

After all even in Germany now-a-days there are males who are living with more than one female. They don’t have to put up with marriage (which is not allowed here), but are just caring for each the other in a most equal footing way. It works. In some cases it also works with females loving more than one male. If true love between humans, as many as you like, is unconditional and not possessive then development of mankind is coming up in leaps and bounds.