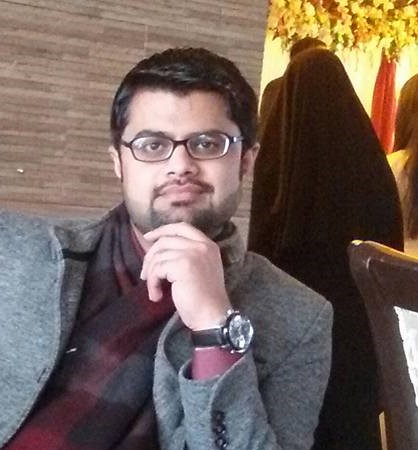 A picture is circulating on social media. This is the satellite view of different metropolitan cities of the world. Except Karachi all the cities are entirely and some are highly green. Only the view of Karachi is presenting the barren look, like a desert. One can find oasis in the desert too but the satellite view was not showing even any such spot in Karachi despite of a coastal city. Another picture taken from a Heli or a Plane is showing a concrete jungle in the city with no trees. It is alarming and horrific as the heat stroke continues since two three consecutive summers.

A report of Indus River System Authority suggests that the two major dams of Pakistan, Mangla and Tarbela, have almost reached the dead level and if enough rains do not occur, the situation will be worsened and devastating. Another study conducted by Pakistan Council of Research in Water Resources predicts that Pakistan may run dry by 2025. If immediate actions have not been taken, we may face acute water shortage and drought like situation in the near future. A similar study titled “Mountains of Concrete: Dam building in Himalayas” by International Rivers also suggests that Pakistan is on brink of water disaster. I can imagine the frightful situation in the cities and towns of the country if any such situation arises. People will forget the electricity crisis and it may tear apart the social fabric as a large number of people will be deprived of water as per capita water availability has already dropped down considerably. It may also lead to law and order situation due to possible riots and quarrels to obtain water.

One of the major reasons behind this water shortage faced by Pakistan is the building of dams by India on Pakistani rivers in violation of Indus Water Treaty. India has built dams on Indus, Chenab and Jhelum Rivers which were exclusively given to Pakistan under the treaty. Baglihar Dam, Dulhasti Hydroelectric Project and Salal Hydroelectric Project have been built and Pakal- Dul dam and Bursar Dam are proposed projects on Chenab River. Uri Hydroelectric Project and Kishanganga Hydropower Project have been built on River Jhelum. Nimo Bazgo Project has also been built or is under construction on River Indus and many other projects are proposed on Pakistani rivers. Pakistan protested harshly esp. on Baglihar and Kishanganga Projects but World Bank rejected the objections of Pakistan being not enough. It indeed is a great failure of Pakistan on diplomatic front against India.

The question is ‘What are to-dos in this regard?’

Pakistan has miserably failed to build big reservoirs to avoid the rising situation in the country. Except Tarbela, Mangla and Warsak Dams built in 60s, no major project has been completed. A study shows that Pakistan can store only 10 percent water of its rivers and rest 90 percent goes to waste. The dams are the dire need of the time, Kala Bagh Dam which is considered the life line for Pakistan has already been made controversial politically. New water reservoir projects including Kala Bagh dam should immediately be started. Some projects like Diamer Bhasha are under way which need to be completed on emergency basis.

Social media is a new emerging powerful medium to build pressure on governments even. The successful Fruit Boycott campaign last year (although I opposed and criticized this campaign openly) and ongoing very effective Murree Boycott campaign are examples of the power of social media. I am glad to see that a large number of people is spreading awareness among public regarding water reservoirs and esp. Kala Bagh Dam. It can be made more effective by including researchers, experts and academia in this campaign. Political workers irrespective of their party affiliation should also pressurize their respective political leadership to install water management programs in their manifestos for upcoming general elections to be held after two months. Major political parties look oblivious to the disastrous situation as no such program is on their agenda.

Another wave to spread awareness among public on social media is to plant the trees. The reduction in plants is the reason of abnormally rising temperature, low rains and less underground water. A warning of heatstroke has also been issued for the very green Islamabad. Many trees have been cut in Islamabad recently in the name of mega projects. It is very important to plant trees individually, collectively and on the level of governmental authorities. Trees are not planted for the purpose of beautification only, the green and leafy tree always looks beautiful. The tree must be shady, fruiting and soil and environment friendly.  For instance, ex-mayor Karachi Mustafa Kamal imported almost two million plants of Conocorpus for greener Karachi project. Different researches proved that Conocorpus is not suitable for the local environment of Karachi nor is soil friendly. Resultantly, many experts believe that it would turn into a disaster for the environment of Karachi. Many consider it the biggest environmental crime committed in Karachi.

Legislature or local development authorities should make laws that every house built in cities should have at least one shady or fruit tree in the house. This is the minimum number and the practice of planting more than one tree in the houses should be encouraged. Forest department should guide the people that what kind of trees are suitable for the local soil and environment. The awareness campaign on social media should also transform into practicality and every one of us should make it self-obligatory to plant at least one tree annually. Plaksa tree (Pipal), Margosa (Neem) Tree and tropical tree species such as Siris, Amaltas and other Cassia species, Gulmohar, Palm trees and Molseri are suitable plants for our soil and environment. These should be heavily planted. Furthermore, the local fruit trees like Guava, Jamun, Mango, Loquat, Mulberry plants should be grown at homes, parks and at road side etc.

This is now or never to spread green and save blue. We need to understand that the resources are never unlimited and so is the water. It’s unfortunate to see wastage of water so cruelly while washing vehicles and our houses. The maids and servants should be instructed to use buckets instead of using pipes directly from water pumps. Where a single bucket of water is enough, we waste water tanks being completely insensitive towards the rising water crisis. Water taps remain open continuously while dish washing, tooth pasting and shaving purposes. This is a total waste of water. If today we will save, the generations to come will be able to use the resources. It is upon us now to leave a barren or a fertile green land for our future generations.