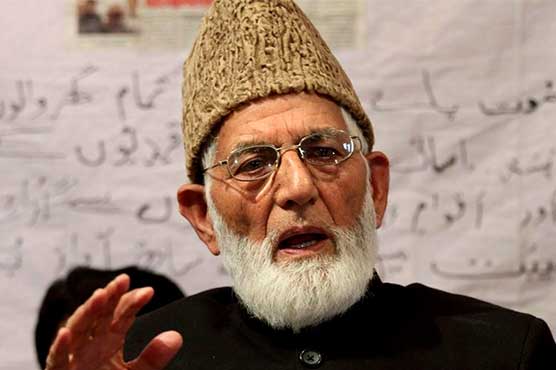 Great Kashmiri Leader Syed Ali Gilani Passes away in Srinagar on Wednesday.
He was a Symbol of the Kashmiri freedom Movement and former chairman of All Parties
Hurriyat Conference. The Veteran Kashmiri leader passed away at the age of 92 and he had been under house arrest
for many years, Kashmir media service said.
The Great Ali Gilani was suffering from multiple diseases and one of them became the reason for his death. He remained on house arrest for the last many years. Family sources confirmed to the media that his condition became serious on Wednesday afternoon and took his last breath in the evening. He was suffering from a chest infection and breathing problems. Syed Ali Gilani was born on September 29, 1929, in the village of Sopre Area of Baramula district.Gilani was previously a member Jammate- Islami Jammu and Kashmir, but later on, founded his own party by the name of Tehreeke Hurriyat. He also served as a Chairman of All Hurriyat Conference, 1972, 1979, and 1987.PM Imran Khan said that he is deeply saddened to learn of the passing of the Kashmiri freedom fighter, who struggled all his life for the freedom of his people and their rights to self-determination.