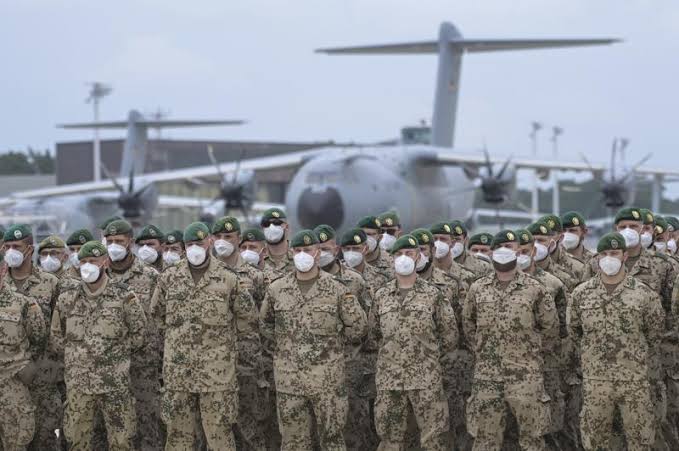 By Muhammad Ishaq Loralai
In the sitting scenario of the escalations and rifts between the Afghan security forces and the Taliban is an alarm of brutal civil war in Afghanistan. Since the U.S and NATO forces are going to bring their presence to an end by September 11, 2021. U.S. predominant decision of withdrawl its froces from Afghanistan would lead to terrorism and unrest in the whole region. Since the U.S. does not make Taliban to sit with Afghan government and negotiate the political future of Afghanistan. On the whole although U.S.  made with Taliban peace agreement in Duaha but did not convince Taliban to curb the wildish war in Afghanistan. This unconditioned agreement will pay much in the shape of Aghan unrest in the region explicitly.
Taliban since May marched forward and seized many of the eminent districts having close links with the provincial capitals. The situation overwhelming is an alarming one. Day to day emergence and uprising also adds to the psychlogical unrest of the Afghan security forces. Taliban gave hearing, saying that they encountered dozens of Afghan military forces surrendering and sent to their homes by Taliban expences. It is ironical that the psychological fatigue of the military seems to say bye to this brutality going on between the Afghan government and its couterpart Taliban. As a backlash to this aggression the Afghan government is backing the native peolpe to stand and resist the Taliban’s march. This local militia in the inception will smooth a passage to expected civil war on the territory. They owe until Taliban does cease their occupation of the Afghan government controlled districts, they will not sit without resisting them. This is explicit that the militia backed by the Afghan government will in the long run be compelled to throw its people once again to the 90’s civil war after the Soviet troops withdrawl.
In addition to representing the U.S top military general Austin S. Miller forcasted a deadly civil war to be happend after the U.S withdrawl from the region. He commented until Taliban negotiate and express their willingness over the table talkshow a deadly war will be going on between the U.S aid Aghan government and Taliban. Though Miller remained silnet over the question of U.S withdrawl on the emergent basis. But he proposed political agreement for the peaceful and democratic future of Afghanistan. President Biden though assured a constant aid of Afghan people and their government but did not touch Talibans to emphasize over the solutions for the peace. Ironically, U.S longest war in history is now going to be ended leaving behind circumstances not varient from that of the 1990s. Biden must carry on aids and moral support for the Afghanis’ elected government  and their representatives on staunch basis. Taliban must take into consideration the war torn territory and its most exploited and tortured natives who had been confronting the deadly war since 1979. They paid lives, infrastructure, and all ecstacies of their lives. Therefore, it is time to dethrone weapons and explosives and collborativelly think for the better future of the country. Otherwise the unlasted civil war will pave way for another invasion, and this time with immeasurable consequeces to be fallen on the Afghanis as well as on their neighbours too. In the long run peaceful Aghanistan is in favor of Taliban, government, neighbours and above all its native people.
The democratic future of Afghanistan will bring peace and prosperity in the region. Better health facilities and good living which are inevitable for the existance of the masses live in Afghanistan. Nearly 20 pct of the people along the Afghan border with Pakistan come to meet with better health facilities in Pakistanis’ hospitals. Additionally, statistically education in Afghanisatn is at the verge of its destruction. These all factors contribute to the decline of the native people and their institutions. The Militia backed by Afghan government must, for instance, look into matter seriously lest it may open a new way to civil war in toto.
previous post