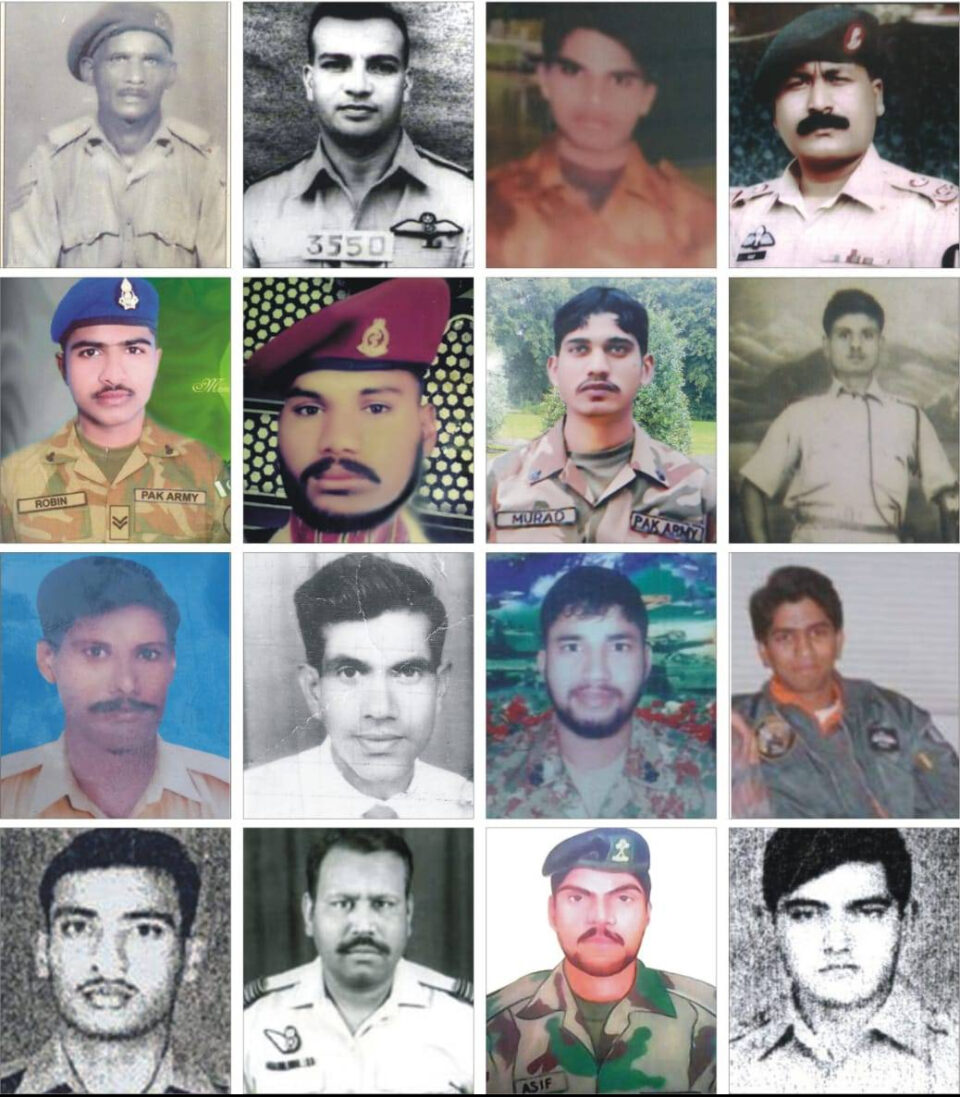 Likewise, during about the first ten years after the creation of Pakistan British Christians were the chiefs of the Armed forces. For example, the first Army Chief was General Sir Frank Messervy during 15 August 1947 to 10 February 1948. And after him, General Douglas Gracey served as the Army Chief from 11 February 1948 to 16 January 1951. Furthermore, Pakistan navy’s first commander in chief was Admiral James Wilfred Jefford who served from 15 August 1947 till 30 January 1953. Similarly, Pakistan’s first 4 chiefs of Air staff were British Christians. Air Vice Marshall Allan Perry Keene was the Chief of Air Staff from 15 August 1947 to 17 February 1949 and Air Vice Marshall Richard Atcherley was the Chief of Air Staff from 18 February 1949 to 6 May 1951. And from 7 May 1951 to 19 June 1955 Air Vice Marshall Leslie William Cannon was the Chief of Air Staff and from 20 June 1955 to 22 July 1957 Air vice Marshall Arthur McDonald was the Chief of Air Staff. Therefore, about 10 years after the creation of Pakistan, British Christians were posted on different posts in the armed forces of Pakistan and played a significant role in establishing and strengthening our institutes. The contributions of these British Christians in defence of Pakistan should be highlighted and through this, we can create a positive impact on our youth by showing them that the whole world is not against us. And this research should be done by a Muslim officer (as I have observed that Christian officers are usually hesitant in giving their profiles). It should also be remembered that the contributions of British Christians in the history of the nation and history should be recorded whether it is a golden era or a dark age.

The discussion of the role of British Christians in the defence of Pakistan is just for reference and the main objective of this article is to highlight the role of local Christians in defence of Pakistan. The detail of this role is pleasantly surprising. For example, Flight Lieutenant Alfred Jagjivan was probably the first man in blue to shed his blood for his homeland in the battle of 1948. When Flight Lieutenant Alfred Jagjivan and Air Commodore M A Dogar(then squadron leader) were coming back from a supply dropping mission Indian fighters wanted to air arrest them but he shouted to Dogar, “Do not give in, we will live for Pakistan and die for Pakistan,’ The Indians then fired and Jagjivan received six shrapnels and fell unconscious.

The first Christian martyr was Younus Qaiser Shaheed of 16th Punjab who sacrificed his life for his homeland on 3rd July 1948 on Kashmir border.

On 6th January 1949 a Christian cadet, Novan Theodore Fazal Elahi, died in an air crash few days before his passing out and he was probably the first martyr of Pakistan Air Force.

Squadron Leader shaheed Peter Christy was also martyred in 1971 war and was awarded Sitara-e-Jurat posthumously. He was also awarded Tamgha-i-Jurat in 1965 war.

In 1995 flying officer Edvin Felix Shaheed sacrificed his life during an air crash in Quetta.

Major Sarmus Rauf Shaheed Tamagha-e-Basalat, a patriotic officer of Pakistan Army, spent most of his service in the border area and he was also a ghazi of Kargil. He sacrificed his life on 13 September 2007 at Nawazkot in operation Al Mezan.

Second Lt Daniel Utarid Shaheed led his men to the war front in the war of 1971 and was fatally injured. An army doctor who tried to save Utarid’s life by removing the bullets from his chest chronicled this young soldier’s last moments in his notebook. As his life bled out from his many wounds, his last words were a request:

“Give this bullet to my mother as a souvenir and tell her that I took it in my chest while defending my homeland.”

His commanding officer, Lt Col Riaz Javed, recommended him for the third highest award of gallantry, the Sitara-e-Jurat.

Since the creation of Pakistan, four Pakistani Christian Pakistan Air Force officers have sacrificed their lives for the homeland. In Pakistan army, 58 Pakistani Christian army personnel have sacrificed their lives and these include officers, NCOs, Jawans and NCEs. All these men have written heart-wrenching stories of love for their country with their blood.

In all three Pakistan’s Armed forces one cadet has been awarded sword of honor and one has had the honor to be selected to attend Sandhurst.

The remarkable services of the Pakistani Christians in the armed forces of Pakistan can be seen from the fact that they have been awarded 7 Sitara-e-Jurat, 3 Tamagh-e-Jurat, 9 Sitara-e-Basalat and 9 Tamagh-e-Basalat and many have been awarded Sitara-e-Imtiaz military and letter of commendation. Furthermore, Air Vice Marshall Michael John O’Brien retired, Air Vice Marshall Eric G Hall retired, Rear-Admiral Leslie Norman Mungavin retired, Major General Julian Peter retired and Major General Noel Israel Khokhar retired have risen up to the rank of one-star general in Armed forces of Pakistan. And two of them have served as Deputy Naval Chief and Deputy Air Chief.

A recently retired officer with a brilliant career, Noel Israel Khokhar, if had been promoted as Lieutenant General in 2014 it would have not only been a milestone for the Christian community of Pakistan but he could also have been in the race for being the chief of Army staff or joint chief of staff on 26 November 2016 (my father strongly believes this would have been the case or there is a strong possibility it can happen in the future as many excellent career officers Christians are serving in the Armed forces. Because of the strong narrative build by the misery sellers, most Christians of Pakistan do not agree with my father.). The constitution of Pakistan only restricts that Prime Minister and President cannot be non-Muslim and so we can encourage our Christian youth that any Pakistani can hold any office other than these two.

The honorable role of Pakistani Christians should be highlighted in print and electronic media as this can be a source of interfaith and communal harmony in our society which is the need of time. Similarly, Christian religious and political leaders and social workers should use this information positively especially Christian missionary schools should make this kind of information based books a part of the syllabus for Christian students instead of blaming the government for their plight. This will help to eradicate the alienation of the Christian youth of Pakistan and can open a revolutionary avenue for future generations to come which would help them to grow in the Pakistani society ideologically, educationally, economically and culturally.

Read more about Pakistani Christian defenders and martyrs in the “Shan-e-Sabz O Safaid”. 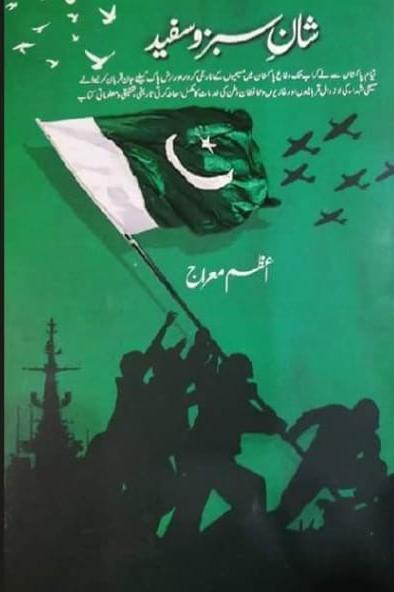