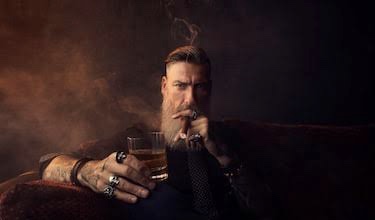 He re-enacted a few scenes, shuffling them from here to there and vice versa, thought of the complete clip again to further improve the short movie being played inside his head.

“These scenes… they aren’t giving enough pleasure”, he concluded and started reshuffling the scenes he had in there.

It was a dark surrounding. The sun was up high, like a regular noon. Inside, however, was giving a gloomy look everywhere. The walls around were portraying thematic set of painting reflecting Islamic affiliation of the one it belonged to. There was sketch of Tipu Sultan with his sword held upright with black frame on wall posing the door. Perpendicular to this one, the wall was anchoring another portrait of Maulana Rumi. The other two walls were decorating calligraphic artwork. Interior designer apparently tried to give a mystic glimpse, though public perception of Tipu and Mysticism are entirely different mindsets had the designer bothered to ponder over.

He was sitting facing the wall hosting entrance via wooden door, a bit on right side, more towards the window with translucent curtains covered. A single glance could give an impression to any viewer as if he was enjoying his double peg of aged single malt, having smoke dancing up from his cigarette in one hand, an iPhone in other. He was – in fact – engaged in deep thought, thinking over and over regarding scenarios he wanted to think of, beautifying it again and again, better every time. He had a vividly creative imagination and using the same, he was trying to recreate a scenario that he could think of, get some relaxation from, and enjoy along with his Scotch and Benson.

“I need to do it”, he thought, “or else I won’t get that soothing satisfaction”.

He re-enacted a few scenes, shuffling them from here to there and vice versa, thought of the complete clip again to further improve the short movie being played inside his head.

“These scenes… they aren’t giving enough pleasure”, he concluded and started reshuffling the scenes he had in there.

He placed his smartphone on the table for a while and started starring towards the window. Thinking of his imaginative hero, he took three sips of his single malt and concluded creatively.

“The guys… they have moustache and beards, and they look like young men of strong build.”, his eyes sparked up while conception of this optimized idea.

“It’s going to be an authoritarian move”, he tried to explain himself with his eyes stuck on the window.

He was, however, concerned about the Islamic principles he was about to violate in his fantasy, taught by his father, a Colonel in Post-Colonial military.

“Beta… one must not take a bad move without a noble cause”, he repeated, as his father used to while raising him up in good old days.

He found himself sunken in the sea of moralities. All he could do was to try swimming out of it using a positive reason, a logic that could justify his “brave men” molesting the object.

The flame in his Benson had almost died. Not realizing it, he raised his hand to have another puff, and figured out the life of his cigarette was over. He picked up his metallic lighter from the table and had another cigarette lit with a puff immediately energizing his lungs. He had already started facing the buzz of Scotch. It was a sweet state except that moral question poisoning his vibrant imaginative movie.

“Think…. Think young man, think of a reason you’re missing”, he spoke to himself.

“Let’s think of the whole scene again. 5 Young men full of arms and ammunition, in military uniform, kicking ass of the object. The object faces humiliation on gunpoint, one by one from each of the man. The military men are enjoying it, the one who is raping her, and the ones who are watching her, with a meaningful smile of having their turn ahead”. He re-imagined the whole scenario, still not satisfied though.

“Something is missing. Why… Why are they raping her?”, he started questioning himself again.

“May be… she’s a slut, a whore”, he started suggesting himself.

“But… I read somewhere that even prostitutes have their rights. They can’t be raped either”, the resistance came from the half-cooked knowledge from within.

He poured in the remaining alcohol straight to his stomach, feeling the bitterness, relishing aroma of fine barley, enjoying every drop of it.

Alcohol worked this time. The room around, although had started its drunken dance already, somehow lit up in his nerves the idea he was looking for.

“The object… she’s traitor, had her own agenda against the men in uniform, and hence deserved to be abducted, raped and even murdered”, his eyes sparked.

He poured another peg of single malt in the glass, had a sip of it, quick one this time, and had another puff of cigarette, half of which had already been consumed by then. He was literally enjoying what he had just created in his head, and was ready to reach the climax of his pleasure.

Without thinking much anymore, he spontaneously murmured, “AlhamduliLLAH”.

He picked up his iPhone, tapped on Facebook App and posted a status update straight away.

“These politicians, these swine are traitor to the nation, conspirators against our army. They must be hung.”

He had attained his peak, his climax. He was relaxed.