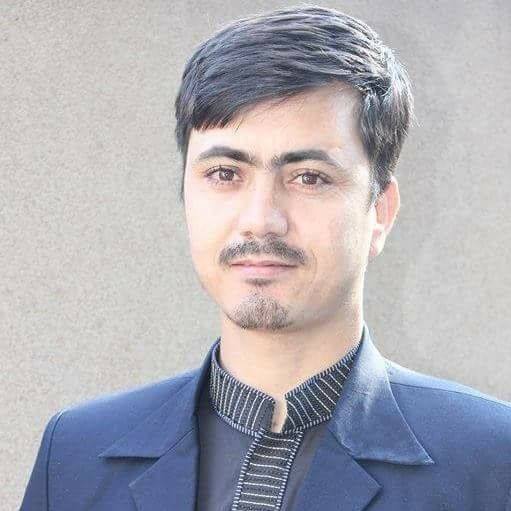 Apart from the socio-economic and political reasons and root causes of communal conflicts, there is big part of ideological mindset that creates some significant dynamics in group identities. One of the significant things in developing identity-based exclusive mindset and behaviour against other groups is the stereotype that drive the individual’s or communities’ collective attitude and actions.

Due to the lack of social interaction and dialogue culture among community groups, the leaders and communities of different faiths and schools of thought interact with each other’s very hardly and rarely.

Wherever the residential towns and business are divided exclusively based on ethnicity, faiths and sects, there is more fear, mistrust and stereotypes against each other. This exclusive mindset becomes stronger when the educational institutions, worship places, and religious community centers are more exclusive, isolated and sectarian in their educational and cultural activities. People of different community groups don’t have opportunities to interact with other communities in their daily social life. The cultural activities in each community are limited to only their faith groups.  Different types of stereotypes with greater or less intensity against each other emerge in this exclusive approach of social and communal life. These perceived judgements, assumptions and prejudices worsen the fear and changed the fear into risk and hatred against each other.

These stereotypes developed among and about different communities create prejudices, negative obsessed thinking in minds and hatred in hearts and behavioural misconduct in actions.  A very small thing can trigger to the great communal violent conflicts among them. 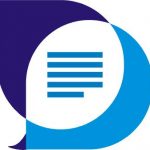 In religious societies, like Pakistan, the faith leaders have the most access and influence on the people. Unlikely, the political leaders or social workers have very less and occasional interactions with people while the faith leaders not only play role of faith leader but they also fill the vacuum of community leaders who are supposed to guide their followers in all fields and communal issues of social life. In most cases, the religious communities are very narrow-minded because of their exclusive education, training and very limited exposure. They don’t have opportunities to go the educational institutions run by different social groups, they never interact with other political and religious parties, they do not dare to visit community centers run by different faith groups. They don’t read books written by scholars of other schools of thought or faiths. They only know what their teachers and scholars of their own sect and faith tell about other sects and faiths. They don’t interact with students, teachers and scholars other than of their own sects and faiths. Due to these very exclusive developments of thought they are very vulnerable to be influenced by the hate speech and literature written on certain goal.

With the frequent access, strong ideological affiliation, powerful medium, communal identity dynamics, influence of the most influential community leaders is generally used for spreading hatred and social discrimination on ethno-religious or political grounds. The stereotypes and misconceptions among faith leaders against each other are causing hatred, blowing conflicts and increasing violence against other faith communities.  This intensive and wide-spread messaging radicalises the whole environment but youth is the most vulnerable to this emotional characterization.

The use of social media and internet has amplified the effects of such radical messaging. The socio-economic environment and changing political scenarios and level of cultural integration create grounds and the eventual circumstances expand the intensity of violence, sectarianism, racism and extremism. The use of social media and other mass communication means has more access to people around the world. Everyone has opportunity to express his/her views and feelings and to reach out a large scale of audience. The use of social media by the extremists is one of the biggest challenges in countering terrorism, violence and hate speech.  The mainstream media also plays a vital role in spreading only mis-perceptions and hatred and not bridging the gapes by showing the positive aspects of different communities. 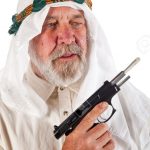 Islamophobia in the West and the non-Muslim majority countries, anti-Jewish (Semitic) and anti-Christian sentiments, Shia-Sunni sectarian rifts in Muslim countries, the Buddhist-Muslim conflicts in Burma, the Hindu-Muslim conflicts in India, racism against Africans and Asians in the United States of America are some of the examples of these negative stereotyping and their social implications. The negative stereotyping impacts the socio-political environment in these communities.

During my peace-building experience through engaging faith and community leaders for peace-building in Pakistan and abroad, I found that the stereotypes prevailing among different faith groups are causing spread to the spreading hatred and communal violence at a large-scale.

While working with an Islamabad-based Peace and Education Foundation and several universities, organisations and participating in several inter-faith activities in several countries, I got exposure to different ethno-religious communities. During my decade-long efforts for peace-building and inter-faith dialogue, I felt a huge gape of understanding about the theological and communal aspects among the different ethno-religious communities. In dozens of training and exposure activities for mosque imams, teachers and graduates of madrasa (the traditional school for teaching Islamic jurisprudence) representing different Muslim schools of thought within Pakistan and abroad, and interacting with the faith leaders from Christian, Jewish, Buddhist, Hindu, Sikh and Bon religious communities living in different countries of Asia, Africa, Europe and America and Australia. The intra-faith conflicts within groups are more complex to intervene and transform. 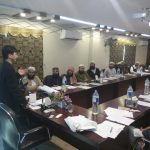 To address the stereotypes, the gape among communities is very crucial for understanding, analyzing and transforming the ongoing disputes and preventing the communal violence in future. The social interaction and relationships are very important in addressing, understanding and rectifying the stereotypes prevailing among different communities. The interactions among the leaders and communities of different faiths and schools of thought reduce the mistrusts among them. The socialization provides them opportunities of understanding, exploring and sharing different resources, traditions, norms and prospects.

The exposure to diverse backgrounds, cultures, faiths and traditions enlightens the people to enable them to understand the different perspectives of these communities with a greater insight and prepare them how to rectify the stereotypes against each other’s religion, race, culture and communities. It also helps you to revisit and strength your understanding and relationship to your own faith with getting insight from very different lens reflected by the adherents of other faiths. Formal and informal interactions transform into friendships and possible cooperation. I experienced that a joint dinner plays more significant role than an hour long talk. So, walking is more important than talking in the process of understanding each other.

The training of youth on critical thinking skills may have a large positive impact in dealing with biases, prejudices, judgement and assumptions about other people and communities.

The scholarly discussions and dialogue for reinterpretations of the different controversial texts -that were produced or interpreted in different sociopolitical or/and religious contexts in the history- with the fresh minds and contemporary contexts may also help in bridging the theological and communal gapes between different religious scholars and communities. It will help in synthesising the different views and will reach to very new and important conclusions. This process of fertilization of thoughts should be continued for the prosperity of humanity.

Different activities of social interactions for children, youth, women and leadership should be encouraged to promote the culture of dialogue among different communities. The culture of dialogue is the key in peace-building and peaceful coexistence among different communities.  Capacity building training activities for educators and other social workers would have a great impact on the new generations. to reduce misconceptions, biases, prejudices, social discrimination, hatred and violent extremism against each other specially the minorities and deprived and under-privileged communities.

The most important action to be taken to tackle extremism is to stop financing the extremist groups for geopolitical interests. The regional conflicts among Iran, Saudi Arab, Qatar, Turkey and other countries on Shia-Sunni or Arab and Non-Arab or on American-Russian blocks basis and supporting their respective proxies in other countries are threatening the political stability in the region and even globally. All the extremist groups are being used as proxies and they are getting huge funds, profound war-training and the latest weapons from big powers through their regional allies.

The time has come that the human society should be responsible enough to initiate joint efforts to transform the political issues wisely with non-violent means. The humanitarian crisis of war is very huge. We should at least be part of solution and relief rather than part of the problem. The human society should think about win-win solutions not win-lose ones.

Promoting a culture of dialogue is the key for the sustainable peace and development. “Dialogue Times” will contribute in developing and promoting this culture. I appreciate and support Inam Rana; the Chief Editor, for his great initiative of launching this website after successful achievements of Urdu website “Mukaalama and organizing Mukaalma conferences in Pakistan to engage the social media writers and activists of different segments of the society in Pakistan.  It will help in replacing the hateful contents with the efforts of understanding differences through dialogue and peaceful approaches. 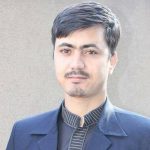 The writer is an international peace-builder and human rights activist. He trains and engages faith leaders, develops peace curriculums. He gives talks, presents papers and writes blogs on peace-building and minority related topics and issues.  Hussain is currently running a campaign “Call for Justice and Peace” on Social media focusing on Pakistan’s’ most persecuted ethno-religious minority, “Hazara Community” 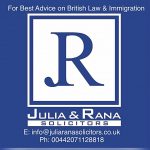