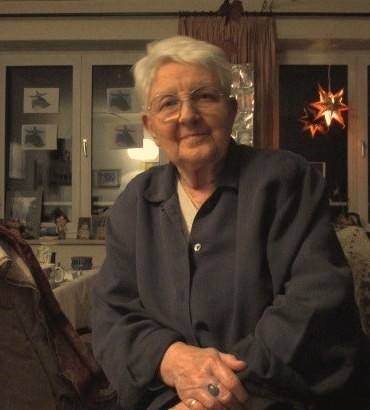 “THERE ARE SORES WHICH SLOWLY ERODE THE MIND IN

This is the first sentence of the novel “The Blind Owl” written by the Iranian poet Sadeq Hedayat, who committed suicide in Paris on 9th April, 1951, by gassing himself in a small rented apartment one evening when he felt extremely lonely. 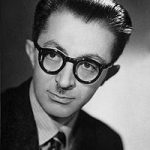 The quote is the epigraph at the beginning of the Prix Goncourt 2015 winning book “Boussole” (English = Compass, Urdu = Qutub Numa  قطب نما) written by the French author Mathias Énard.

To my opinion the book’s content is the best ever written story in regard of Orient-Occident-Alliance. It confutes the general inductive reasoning that the West is totally ignorant about habits and common life in the East and vice versa. As night falls over Vienna, Franz Ritter, an insomniac musicologist, takes to his sickbed with an unspecified illness and spends a restless night drifting between dreams and memories, revisiting the important chapters of his life: his ongoing fascination with the Middle East and his numerous travels to Istanbul, Aleppo, Damascus, and Tehran. At the center of these memories is his elusive, unrequited love, Sarah, a fiercely intelligent French scholar caught in the intricate tension between Europe, the Middle East and the Far East. With exhilarating prose and sweeping erudition, Mathias Énard pulls astonishing elements from disparate sources – nineteenth-century composers and esoteric orientalists even dating from before the nineteenth century – and binds them together in a most magical way. The description concerning the Sufi Rumi and the musical version of his poems sung by the Iranian singer Shahram Nazeri is the essence of art and revelation! Just imagine, it is penned by a Western writer! On top of this the reader will be amused by the writer’s, or better his main figure’s Franz clarifying words “…whose power and timbre (Nazeris) would make blush with shame some of our (Western) tenor soloists…”

To explain my effort to convince you, dear reader, that Énard is hitting a hot topic concerning the longstanding East-West-Association, I have to go a bit afield concerning a sad online love affair I experienced some time ago:

A very dear middle aged friend belonging to the middle class society in Pakistan was in a very pleasant online contact with me for years, sending me love poems and partly sexually motivated tokens of love, until his wife got jealous or shall I say uneasy because of my old age (77). She ordered him to stop chatting with me; although it’s highly doubtful if she would allow him to chat with me if I was a young girl of about 20. He of course obeyed, since – yes indeed, men in the Orient are the “top dog”, but not so, when it comes to problems with their wives; it is mostly then that they take the line of the least resistance instead of showing them that each person’s level of intimacy has to be respected.

I was hurt being insulted for reasons of my old age, but what made me really angry was his comment, when I asked him to stop sending me tokens of love and love poems because I smelled trouble since I was about to fall for him too, regardless of the difference of age. He wrote: “I used to tell you that East is East and West is West and that language is a barrier between us. I use words in a different sense and you take them in an entirely different sense.” I wonder how oriental people take expressions like “kiss you from head to toe”, “oral sex”, “darling”, “beloved” etc. Is there any different understanding of these love confessions between occidental and oriental people? And if there is any, I ask myself in what way? Did my friend mean to say, that speaking of love in the East (him) contrary to the West (me) does never mean sexual love but platonic love only? I am fully aware of the fact that meditation and contemplation as well as transcendental love-poetry are originated in the East; however, bliss of love and sexuality are also known there, isn’t it?

Still pondering over my friend’s strictly splitting East and West I am returning to the book “Compass” and the writer Énard, who points out in such a stunning way the various relationships of great Western poets, musicians, psychologists and philosophers like Sigmund Freud, Honoré de Balzac, J. W. von Goethe, Friedrich Rückert, Franz Léhar, Franz Schubert, Robert Schumann, W. A. Mozart, Ludwig v. Beethoven and Ernst Bloch, with famous Eastern people like Jalaluddin Rumi, Hafiz (about whom Goethe wrote a beautiful poem), Shahram Nazeri, Sezen Aksu, İbrahim Tatlıses, Haci Emin Effendi, Süleyman The Magnificant, Omar Khayyam, Siddharta Gautama, Marpa and Milarepa, to name but a few. Further parts of the book surprisingly reveal previously undisclosed artistic depictions of the Eastern world, which – to quote the words of Énard – would perhaps make my above mentioned friend also “blush with shame”. Aren’t they a proof that the Western world has been interaction-based with the Eastern world including cross-linguistic Atticism since very long?

There is nothing else left for me, dear reader, than to recommend this book full of wisdom and knowledge most warmly.

As long as Occidental and Oriental countries do not wake up being aware that the centuries-long passion of the West for the East and vice-versa cannot be denied any longer as long there will be war between both, namely in private as well as in official matters. To put it briefly in Énard’s words: “L’orient c’est nous”. 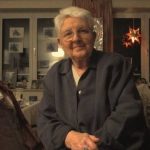 Hilde-Habiba Jacobs is a writer and Human Rights Activist based in Germany.