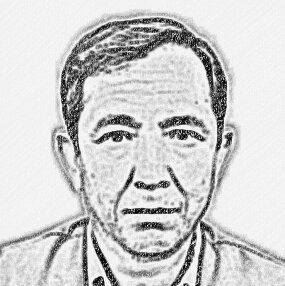 Afghanistan’s capital Kabul has seen series of explosions and violence last week, resulting in the killing of more than 150 people and injuring 300 plus. (i) The string of violence triggered waves of distress and angers among Afghans masses. The very next day of truck laden explosives attack, a big protest rally was held in the capital Kabul calling for resignation of Afghan President Ashraf Ghani Ahmadzai, Chief Executive Abdullah Abdullah and other government high ups including Anif Atmar, Advisor for National Security Council (NSC) and Masoom Stanikzai, Chief of National Directorate of Security (NDS) for their failure to give better security and protection to their people.

Afghan government also met harsh criticism from certain Afghan socio-political circles and Human Rights groups for killing of peaceful protesters at the hands of Afghan security forces in Kabul. Some Afghan politicians and even those in the government accuse rulers of complicity with the terrorist outfits. 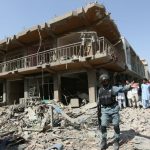 Following the 9/11 incident in 2001, US and its allied forces invaded Afghanistan in a bid to eliminate Al-Qaida and Taliban, their safe-heavens and free the country from their oppression. Apart from providing billons of aids for reconstruction and development of the Afghanistan, the United States have so far spent $70 billion to build 350,000 strong Afghan National Army and Police to fight against terrorism and provide better security to the people. But for over 16 years into intervention, they have not been succeeded to defeat Taliban and other militant groups. While on contrary the law and order situation of the country is being rapidly deteriorated with each passing days.  According to Special Inspector General for Afghanistan Reconstruction (SIGAR) recent reports, Taliban now control or influence more than 34% of areas in the country.

US and Afghan government will leave no stone unturned to blame neighboring countries particularly Pakistan, Iran and now even Russia for creating lawlessness, chaos and instability in the country. They accuse Pakistan for harboring Taliban and Haqqani Network in Pakistan. The security, political and social interests of any country could be undermined and remained constantly in danger when there will be more than 35 countries stationed in your neighbor, with a fragile government confronting wide-spread insurgency, lawlessness and insecurity. Then the presence of hostile countries and terrorist groups there will further enhance the fears and angers of neighbors regarding their sovereignty and national security. Pakistan has continuously been raising the issue of India’s subversive activities in Pakistan particularly in south-west Balochistan province through Afghan soil while Iran and Russia once remained arch rival of Taliban now building contacts with the group to counter the IS threats that are getting momentum in Afghanistan. China is also emerging as a new player in the afghan saga. It has its own national and economic interests in the region. It has participated in several conferences, held on Afghanistan’s conundrum to chalk out strategies and adopt a roadmap for peace and instability in the country (ii&iii). In nutshell, all these countries have their own national, economic interests, priorities and also reservations that required to be considered with reference to peace and reconciliation process in Afghanistan.

Over the past 17 years, the international community and the afghan government  have turned a blind eye to the rampant corruption and poor leadership that has plagued Afghanistan. How can someone dare to win a full-fledged war in a country where corruption, nepotisms, favoritism and poor leadership rule over? There are reports that Afghan National Army (ANA) personnel regularly sell its official arms, ammunition and fuel even to Taliban and other militant groups whom they have been fighting since long. The number of ghost and defective soldiers are in tens of thousands, whose salaries have regularly been drawn and go to the pockets of corrupt officials. The United States which provides much of the aids / funds to build, train and assist afghan security forces, do not even have the breakdown of exact numbers of Afghan soldiers and officers.  “We do not know how many police and how many soldiers we are paying salaries and we do not even know how many generals” Said John F. Sopko, head of SIGAR to New York Times on December 2016.(iv) Many people wonder how a country with almost 1000 general more than the US which is three times the size can have such a disarray and ineffectiveness in their ranks. If you are a son of any Warlord or so-called serving general or have good sum of money then you are much lucky to have a rank of general on your shoulders. Due to poor leadership Afghan security forces still lack capacity and capabilities to stand on their own without US operational and financial supports. John F. Sopko on March 2017 while addressing Duke University and the Sanford School of Public Policy said “In 2015, the Afghan 215th Corps in the key province of Helmand disintegrated, requiring the NATO-led Resolute Support mission to rush advisers down to Helmand to try and overhaul the Corps’ leadership structure”.  (v)

However, instead of addressing the said important challenges to provide better security and conducive economic environment for already beleaguered afghan people, Afghan government has resorted to play double game in the country. On one hand, the government keeps continue to pay hue and cry by accusing its neighbors of being involved in the subversive and terrorist activities in the country while on the other hand it has been backing IS and other militant groups. I do not think that supports of terrorist outfits are being done without consent of US and some other countries. Their only aim is to take the fight to the north of the country and deteriorate the situation in Northern provinces bordering central Asian states to suppress Russia who still have great influence on the Asian states. The reports of unknown chopper helicopters landing in the areas controlled by militant groups testify that Afghan NSC and NDS are fully backing the militant groups.(vi) These terror sponsored groups are also being exploited by Afghan intelligence agencies to intimidate and suppress their political opponents within the country. Afghan government’s own Foreign Minister and Chief of Jamiat Islami Party Salah ud Din Rabbani quickly responded after suicide attacks on the funeral ceremony in Kabul the previous days. He tweeted “Will soon announce our position towards terrorists within the system and on holding them to account at the national level.”  It is not the first time that any senior Afghan official has accused its own government of complicity in the terrorist attacks. Last year, more than 90 people belonging to Hazara community, the third largest ethnic group in the Afghanistan, were killed when two suicide bombers hit a protest rally at Kabul demanding a power line transmission project to be passed through Hazara dominated provinces. Later, Ahmad Behzad, Hazara leader and Afghan MP who was one the organizers of the rally accused Afghan government for the said attacks. He said in the floor of house “We have dossiers with us that the Afghan government particularly top officials of NSC and NDS orchestrated these attacks and one of the suicide attackers was recently released from NDS’s custody. The ISIS is the nickname of NSC and NDS.” (vii) Earlier in 2015, Governor Paktika province Kareem Matin alleged NSC for distributing $200,000 to ISIS family members in the Burmal District of Paktika province. (viii) Such allegations were also leveled by several other members of parliament and politicians including Afghan MP Zahir Qadeer against NSA and NDS for backing the terrorist groups.

After 17 years of long war, Afghan government still does want not know that who its friend is and who is not? Afghan government officially calls the militants who imposed a full-fledged war on the country as opponents of government of Afghanistan but not as a terrorist. Top Afghan leadership including former president Hamid Karzai often calls Taliban as their unhappy brothers. Hamid Karzai in an interview with BBC Persian even said that Taliban were the sons of the soil and have the right to seize/occupy places anywhere in the country. (xi) The Afghan government and international community seem reluctant to fully combat Taliban and other militants. They want the status quo to be continued.

Like many other countries, Afghanistan is the home of multi ethnic groups;- Pashtun, Hazara, Tajik, Uzbek and several other ethnicities building the multilingual and divers culture of the country. Understanding the ethnicity in the country, no one can deny from the fact that Afghan people have long been divided on several political, social and economic issues. Each one of the groups seeks fair and equal power sharing rights in the government with reference to its population. Only during Jihad against Soviet Union, Afghan people seemed to be remained partially united and that were also limited up to the Jihad cause. Therefore, soon after the Soviet’s withdrawal, the ethnic groups despite jointly waging Jihad on the name of Islam and God became at loggerhead with each other demanding for wider and fair power sharing in the government. After failing to reach on any consensus, these Jihadi groups took the country towards civil war resulting into killing of hundreds of thousands innocent people.

The current political and security situation of Afghanistan is very much similar to the communist government of former Afghan President Dr. Najeeb Ullah Ahmadzai in 90s. At the last times of his government, Dr. Najeeb had removed many of his top officials belonging to other ethnicities from key government positions. These attitude and steps of Dr. Najeeb had created mistrust and dissatisfaction among other ethnic groups which resulted into the fall of his regime. The same trend and policy are now being pursued by the incumbent afghan president Ashraf Ghani Ahmadzai.

The current government did not even spare to force its own elected vice president General Abdul Rashid Dostum, an Uzbek leader to leave the country for Turkey (ix). General Dostum was accused of committing rape with one of his opponents Mr. Eshche, 70. President Ghani also expelled one of his senior advisors Ahmad Zia Massoud, the brother of slain leader Ahmad Shah Massoud.(x) He was the only salient Tajik leader, who supported Ashraf Ghani during Afghan presidential elections in 2013. The retaliatory attitude and political victimization compelled the other ethnic groups particularly Hazaras, Tajiks and Uzbeks to stand against the discriminatory policies of the government. They think that the country is completely moving towards Pashtoon hegemony while the other ethnicity are deliberately being omitted and excluded from decision making policies. They are now demanding massive reforms in the government;- Parliamentary system of the government and establishment of new federating units with greater autonomy.

A war cannot be won at any cost if the state does not have a clear, unambiguous and uniformed strategies and vision towards its enemies. Security forces cannot fight a war with much concentration and determination without differentiating between their friends and foes. Suppressing its own people and defying their rights on the basis of ethnicity and religion could not assist fighting war on terror rather it will further widen the gap in already divided afghan society. The security forces continue to loss their lives until the issues of corruption; nepotism and poor leadership in Afghan security forces were addressed.

Since long, the international powers and neighboring countries have been insisting on the need of Afghan owned and Afghan backed peace and reconciliation process. However, it would only meet with success when all afghan stakeholders remain parts of such process otherwise the country will once again plunge into civil war like the 1990s. 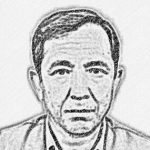 Ishaq Ali is a Freelance writer, Columnist and Blogger from Pakistan.