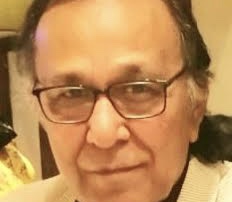 By Anwar Ahmad
Muslims were at its zenith from Eight century to Thirteen century, particularly in Abbasid (عباسی) dynasty . Prior to that during the Ummiyads era (دورامیہ), Muslims had conquered almost three continents in the first hundred years after the demise of Prophet PBUH.

Abbasid era was the Golden Age of Muslims empire. That was the period when several “Enlightened” Muslim philosophers (mostly they were the followers of Motadela معتزلہ movement ) and researchers translated Greek knowledge and the manuscripts of Socrates , Pluto and many other geniuses of the ancient history in to Arabic . The acquired knowledge and the indigenous wisdom of Muslim geniuses like Ibn Rusd, Ibn Sina, Al Kundi and Al Razi were the supporters of “Logic & Reasoning” which was also the official doctrine of the Abbaside Khilafat Mamoon Al Rasheed. Thoughts of those Muslim geniuses brought revolution in scientific research that uncovered new venues to the mankind in the field of Medicine, Cosmology, world mapping, Philosophy, Art etc. Cities of Bagdad and Andulus( Spain) were flourishing ,its universities were buzzing with students and knowledge seekers from all over Europe, which was at that time passing through its medieval ages. The streets of Paris and London were dark, muddy and stinking, when the roads and bazars of Bagdad and Andulus were glittering and the great Muslim craftsmen were designing wonders like AlHamra, palatial palaces, laboratories, and observatories.

Ironically that glorious past and the era of knowledge was doomed due to the uprising of Muslim fundamentalists and clerics like Ghazali and Ibn e Arabi who somehow managed to influence the power corridors. They were against the Enlightenment Movement معتزلہ and the research work of greats mentioned earlier. Clerics urged that masses to follow the conventional or Taqleedi تقلیدی aspect of Islam. Those fundamentalists destroyed the libraries, books, annihilated and disgraced the great philosophers, scientists and the researchers through the Fatwas by the clerics courts. Those great minds like Ibne Sina, Al Kundi, Ibn Rushd and many others were publicly flogged, their books and research papers were burnt to ashes. Thereafter, the chapter of knowledge and wisdom closed on Muslims and the dark age had finally begun.

Muslim rulers and elites were indulged in luxurious life style, having large Herams حرم consisting hundreds of concubines from different part of the world. The Arabian Night was at its peak. Sultan and Khalifa had no time to ponder over the state affairs and to strengthen the reigns of their government, instead they were more involved in power politics, conspiracies against each other and killing their opponents and the dear ones. They had no time whatsoever and they did not apprehend the menace of savage Mangol onslaught which was approaching like a blitzkrieg. While the city of Bagdad was besieged, the different sects of Muslim clerics were arguing if the crow کوا is Halal or Haram. Finally, the barbarians conquered and doomed the centuries old Muslim empire. Khalifa Motasim Billah and his cronies were made prisoners and beheaded. Khalifa was wrapped in a carpet and wild horses ran over his body as the Mongols believed that the blood of ruler is sacred and his blood should not be spilled on ground .The beautiful city of Bagdad was set ablaze, looted and razed to the ground, libraries were torched and precious books and manuscripts were thrown in river Tigris دجلہ and Euphrates فرات ۔۔. After that darkness overwhelmed and the era of knowledge had truly ended.

On the other side of Mediterranean Sea, Amdulusia (Spain) was conquered by Muslims in 1299, which later became the symbol of the great Muslim civilization. Boundaries of Umayyad caliphate were extended to Cordoba ( قرطبہ), and Granada ( غرناطہ). The Ottoman Empire was one of the largest empires in history. It existed for almost 800 years. At its peak, it included Bulgaria, Egypt, Greece, Hungary, Jordan, Lebanon, Israel and the Palestinian territories, Macedonia, Romania, Syria and Arabia.

Similarly, in Spain the Khalifah, royal ancestry and the elites were high on Hashish Marijuana and their nights were studded with beautiful concubines. Their grip and the writ was gone and anarchy reigned in the empire. On the other hand, queen Isabella joined hands with King Roderick, and they both started attacking cities and conquering Muslims fortifications across Spain. Finally, they succeeded to invade and conquer the capital of Andulusia. Muslim monarch surrendered and had NO option but to sign a most disgraceful truce with Queen Isabella, whereby either Moors (Muslims) should leave Spain or covert back to Christianity. Thousands were beheaded, their properties were confiscated, mosques were sealed and eventually Muslims had to leave Spain where they ruled for more than eight hundred years.

The reason of fall of Ottoman Empire was not any different. Sultan of Ottoman Empire had conquered almost all the Europe and the remaining Byzantine Empires in 14th and 15th centuries. At that time the monarchs of Europe were paying Taxes to Ottomans and ruled under the thump of Sultanate of Turkey. The same sad stories of heram, family politics and assassination of any possible heir of Khilafa was normal .One of the Khalifa killed ninteen of his brothers in one night soon after his coronation. Absolute power made them lethargic and week. Turkey, which was the center of Ottoman Empire, was labelled as ” Sick man of Europe ” by early Nineteenth century.

Finally, after World War I and suffering a massive defeat, the Ottoman Empire was abolished by a treaty in 1922. The great empire was disintegrated and a big part of it was split between France and Britain. The last Ottoman Sultan, Mehmed VI, was deposed and had to leave the capital of Constantinople (now Istanbul) in a British warship in exile.

After the fall of Ottoman Empire the Turkish National Movement led by Mustafa Kemal Ataturk, (Father of Turks), an enthusiastic colonel, a visionary and a statesman, came into power as the first president of the Republic of Turkey . He modernized the country’s legal and educational systems and encouraged the adoption of a European way of life. The Turkish language was transformed to Roman alphabets. Turkey emerged as a progressive state under the leadership of Kamal Attaturk.

On the contrary, those European students who acquired knowledge and wisdom from the great Muslim universities were mostly Jew and Christians. After graduating, they went back to their countries and implemented the knowledge their societies which beckoned to the renaissance and the great revolution in Europe. That wisdom resulted in social movements which restricted the power of Pope and the Church. Later the great free thinkers like Karl Marx, Angles, Rossouw, Freud, Nietzsche and Schopenhauer changed the fate of Europe through their speeches, debates and books and finally the Industrial Revolution occured which was a paradigm shift. Religious thoughts and the religiosity were set aside, society disregarded the theological mindset and emerged as a liberal and democratic entity. After that the mankind witnessed new horizons of progress, technology and knowledge.

Alas! Now we have nothing left but the remorse and repentance. We may glamorize our Golden Past and dream for a comeback. Perhaps a bleak future is our destiny as, compared to the developed countries, we already lag by centuries. The knowledge gap between the civilized world and us increasing more and more, day by day.

If at all we wish to rise from the dust, the one and the only key is contemporary education, social justice, peaceful co-existence, real democracy and tolerance of all sorts. Without these, we will merely be dreamers.