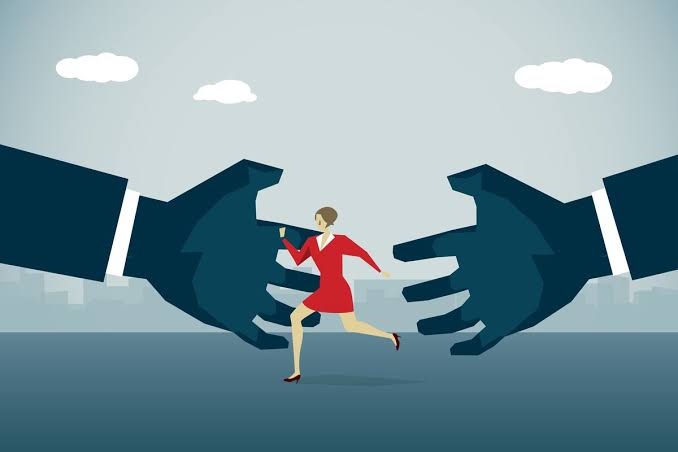 Harris explained while looking at the retweets he was getting. All of the sympathy I was feeling for him broke into pieces when he got up and told me that he was going to gym.

“What has happened to you, Maria? Look at your face, it has become dull. Oh! you have also got big ear bags! What is this?” I shouted at her. She hid her face in her arms and started weeping. Then, I held her hand and asked her politely, “What happened Maria? Who has hurt you?” She unlocked her phone and handed it over to me. What I saw there, burnt the nerves of my brain. She had received a dozen of texts from different known and unknown contacts who abused her for breaking up with her boyfriend. “My mother told me that only way in which she can think of marrying me to Hadi, was that when he would try get a job or do something to earn a living because she said I cannot marry you to someone who sits idle in his house all the day. I asked him the same, but he shouted at me and did not listen to me. I tried every day to make him realize that how much important it was for us to make a living because it was not just my mom asking me to do but it was needed for our better future. He liked video games and played them all day long. I also told him that he could make a career out of video games and earn from YouTube.” She continued with breaking voice.

“You know, Hania, Life does not wait for us. Sitting idle and being chill all the time brings us nothing but a worse death. Although, he was educated and a skilled graphic designer but he never opted to earn something out of his potential. At last, my mom told me that time was over and she engaged me to my cousin who had a job at a local software company. And then, this guy defamed me all over the social media by tweeting about me with the hashtag “GOLD DIGGER!” plus, you won’t believe that he leaked out my contact number due to which, many unknown people also filled my phone with their insulting texts. I cannot believe that the people who have not lived my life and not lived in my shoes, have spared no chance in passing a judgment on me and hurting me even more with their words. And my heart cannot handle this anymore.” Her breath shook with pain while she told me. I hugged her and pat her head. There was nothing more I could do for her at that time. Maria was my neighborhood friend since childhood. We were like sisters. She believed in a fruit obtained by efforts not by luck always. Enthusiastic in her life, she always performed well in her studies and got a job in a reputable firm after studies. But as someone said, we cannot be lucky in each corner of life. She was not lucky in case of her love life I guess.

After few days, as I was sitting in my library, reading Elif Shafak latest edition, I heard someone tapping very quickly on his phone keyboard looking like a keyboard warrior. Harris never failed to disturb me in the reading room. So, I smiled and closed the book and asked my-always-lazy-best friend, Harris, “Whom are you texting bro?” Harris replied proudly, “Now she will see what she has done to me!” “Wh-what? Who will see what?” I asked surprisingly. “I am not texting anyone, I was tweeting about my ex-girlfriend who was a mere gold digger! She just wanted my money and favors. She was materialistic always asked me to be better looking, join a gym and be cooler. Finally, I am free of her daily pieces of advice.” Harris explained while looking at the retweets he was getting. All of the sympathy I was feeling for him broke into pieces when he got up and told me that he was going to gym. I pulled his arm and asked him, “You were saying that you disliked your girlfriend when she asked you to join the gym and be fit, then why are you going to gym now?”

“Bro, I am going to prove myself! I am going to show her that I can do everything for what she left me!” Harris said loudly with proud.

“But why now? Now you are applying for jobs, maintaining your body and refraining from each and every bad habit you had. Why did you not put all of these efforts before? It might have helped in saving your relationship because she only demanded you to be more productive in life. What was the harm? Do you even know what a gold digger is? If she would be a gold digger she would never ever fall for a guy like you. She would have already chosen someone with a long car and 6 digit bank balance. But she chose you and what she wanted just to grow better with you. And you know what this is? This is love. When someone wants to grow up in life with you. And when you failed to love her back in this beautiful manner, you played a blame game and called her gold digger? So coward of you!” I spoke looking into his eyes.

“A-Actually, she should have given me time to do all this.” Harris said hesitatingly.

Time? Bro, I know, she was with you for more than four years and you are still complaining that you did not get time? And I can see that as soon as she left your life, you got time for everything she asked for? You also got time to defame her by tweeting bad about her, calling her gold digger in front of everyone on social media, making her target of attention for abusers and playing victim yourself? Aren’t you being cruel? Don’t you know how to respect someone you have spent time with? Don’t you know how much mental abuse your tweets could have been for her? Even you know that you were more at fault in the fight you had with her. Aren’t you being a hypocrite?” I looked at him angrily and left the room. Harris could not lift his eyes.