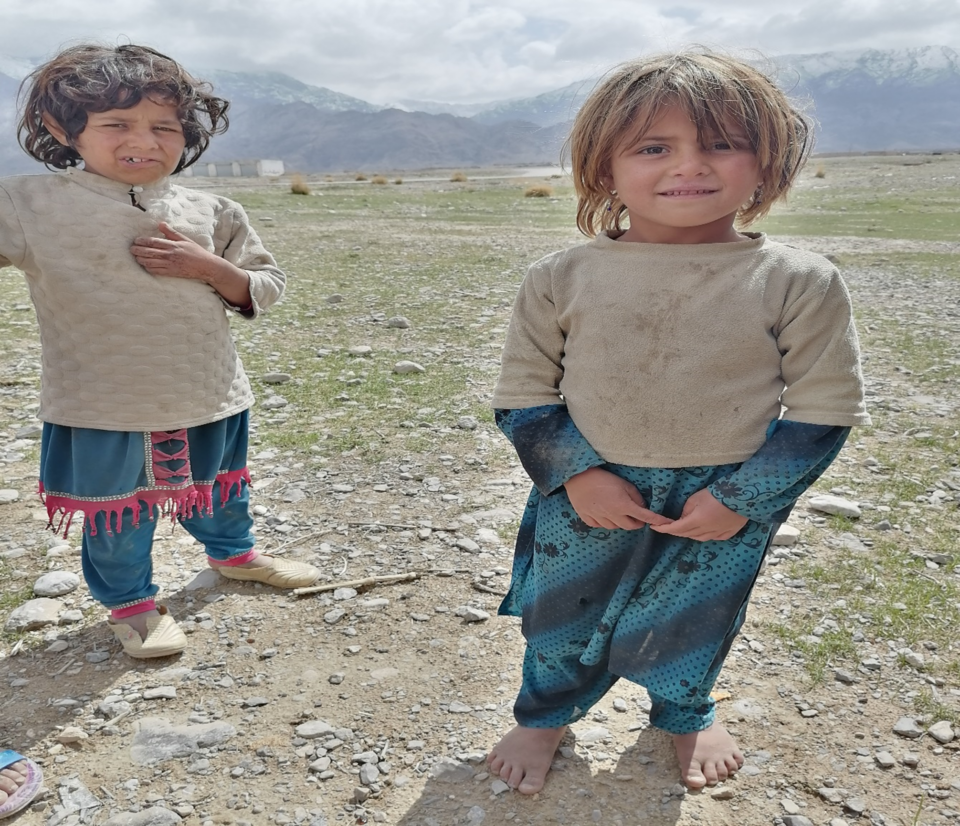 So, I met these two little girls by chance while visiting on a field to a far-flung area of Baluchistan. When I looked at them first time, they smiled and giggled so innocently that it made me smile too. I waved them from the window of car in which I was sitting. I called them near and they happily shake hands with me. I asked them where do you live? They pointed towards a hut, which was quite small. I asked them do you go to school? They laughed and said “No we don’t any have school nearby”. I said then you must be going to Madrassa (religious school). They said “No we don’t even go there”. I asked “Oh then how do you spend your time? Do you both do any work?” Their reply broke my heart “Yes we bring water for our home from a faraway water resource”

I captured this picture by their consent and they were very happy when I showed them. I want to share this because I wanted everyone to see that such beautiful and innocent faces are facing such hardships in this age. We often complain that we are less fortunate than others, may be because we see them having more money, big houses, expensive clothes, higher salaries, or elite standards of living. But we never appreciate the things we have and others don’t.

Gender based discrimination in Baluchistan is common. A girl child starts getting discriminated right after her birth. Girl child is often not welcomed in the family because of male dominant society. Due to many reasons, including religious extremism girls are not allowed to study, or have the basic rights necessary to be owned by every individual of the society. Since her birth till death, she compromises on the basic rights and needs. Female’s education is the most important right to be made mandatory after women’s health.

Several reasons are contributing the barriers for access to female’s education such as lack of education institutions, poverty, lack of awareness about female’s education need, religious extremism, old and traditional customs, male dominancy have created an environment where it is difficult for a woman to get education, especially to a higher level.

Gul Meena is working as a Program Manager in a Non-Governmental Organization located in Baluchistan. She is also representing Pakistan as the only Young Leader from Pakistan among 20 Young Leaders worldwide in Youth Compact Champions Program 2020 under Compact for Young People in Humanitarian Action by Restless Development, ActionAid, UN Major Group on Children & Youth (UNMGCY) and other 53 international organizations. She has also represented Pakistan as an “Ambassador” of World Literacy Foundation under “Literacy Ambassador Programme 2020” to advocate for literacy in the world.

This Too, Shall Pass!