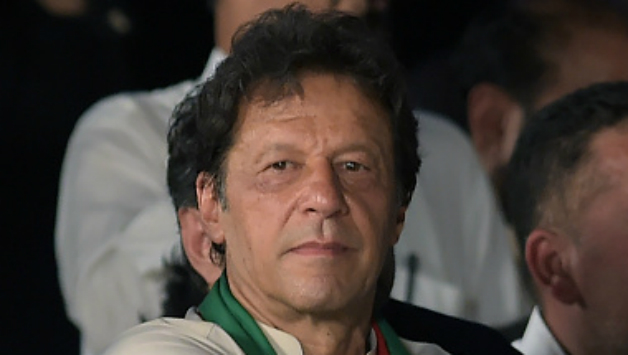 Rapidly changing dynamics of national politics in Pakistan has replenished the passion for making next government in major political parties and their activists and zealots. Soon after the election date i.e. 25th July announced by Election Commission of Pakistan (ECP), the wrestle for power culminated in parties and their die-hard workers. The self-seekers and opportunists who are always ready to change political affiliations for safe-guarding their personal interests started to defect from their old parties and joined new ones.

By constitution, a care taker government in all four provinces and federal level is announced for holding free and fair elections and power is thereafter transferred to single largest political party or alliance on the basis of number of seats in national and four provincial assemblies as a result of elections. After 20th amendment, government and opposition leaders are initially responsible for approving names for care taker chief ministers and prime minister for interim period with mutual consensus. To date, a care taker prime minister retired chief justice Nasir-ul-Mulk has taken charge of prime minister while dead-lock on the names of care taker chief ministers from three provinces except for Sindh continues so far.

By all odds, government of PML(N) completed its tenure of five years, during which it encountered several problems and finally fished in troubled waters on 31 May 2018. Government of PML(N) during its tenure focused on the development of infrastructure of the country and it somehow succeeded to achieve target in Punjab with milestone success of initiating China-Pakistan Corridor (CPEC). Human development and institutional growth or strength which is indispensable for rapid progress on all fronts was sadly ignored because mega projects can easily be sold into hands of naïve voters at the eve of electoral campaign. The progress in power sector has been nominal and power shortage still continues all over the country. In addition, the mountain of national and foreign debt that is approximately Rs. 27 thousand billion was left behind to be paid by the next government which in turn will add up its difficulties in economics and finance sector causing price hikes of almost every domestic item. Likewise, new taxes will be enforced in future on common commodities for debt servicing and other government expenditures. Load-shedding, dearness, corruption, and above all severe shortage of clean water in many areas of the country are the new challenges for the next government.

In upcoming elections, PTI leader Imran Khan looks very confident for making government after gaining majority in the parliament. This confidence is seemingly due to overwhelming joining of people defected from other political parties especially PPP and PML(N) to PTI lately. This was perhaps the reason that PTI dramatically announced its first 100 days plan in advance to portray as if it makes government after massive victory in general elections 2018. Critics of Imran Khan, nonetheless, ponder otherwise and believe that establishment is behind this confidence and tacitly supports PTI in leveling the ground for winning next elections. The ousted prime minister Nawaz Sharif has alleged publicly that establishment wants to keep him out of power in next elections but in central Punjab he has massive public support for overturning the recent verdicts of supreme court against him in Panama Leaks. Any political party gaining majority in Punjab will be in comfortable position to make new government in coming days. The political gurus and experts estimate that PTI will garner around 70 to 80 seats of national assembly from Punjab, 30 from KPK, and 20 from Sindh and Baluchistan collectively. With such statistics of seats, PTI appears to make government provided that Imran Khan is ready for alliance with MQM and PSP from Karachi and PPP from interior Sindh where again PPP is supposed to retain its strong political position with trivial loss of few seats in coming elections. A renowned newspaper “The Economists” has revealed in its latest survey that PML(N) is very strong in central and northern Punjab along with Hazara division of KPK and is in the position of making next government. This cannot be ruled out completely unless some major blunders are committed from PML(N) leadership that is already under mayhem and quagmire. PTI can face egregious situation at the time of nominating candidates in each constituency because more than five applicants from virtually every single constituency are aspirant for PTI ticket. The ignored applicants can stand independently for elections and damage the repute of PTI and lure voters demagogically. Religious parties MMA and LYRP deem to damage PML(N) in next elections without grabbing any plausible success on national level.

In remote areas, voters are more inclined towards the individuals contending elections than ideology and charter of political parties. It is ascertained that hung parliament is very likely to be formed as a result of elections 2018 and no single party is in position to sweep the elections completely. Many political analysts are even skeptical about the elections to be held on announced date and they believe date of elections might be extended for any technical reason in future for which an application has already been launched from Baluchistan assembly. However, it is too early to say something with utter certainty because old political alliances will be broken and new ones will be formed until the last day of election campaign.