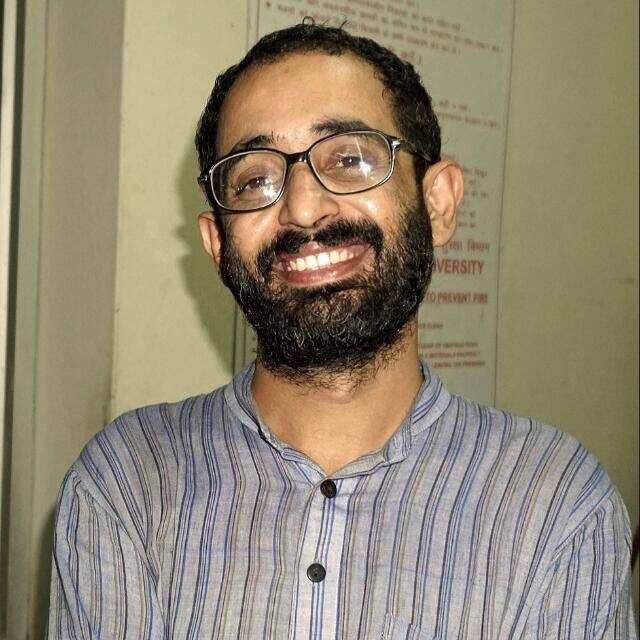 I was surprised to receive the reactions against Lalu, following his conviction in the second fodder scam case by a Ranchi court. “Congratulations! Lalu has been convicted”, said a friend from JNU. Another friend angrily aired his reaction: “My family has been supporting Lalu for last 27 years but what we have got”. Ironically, these two friends have no connection with the Hindutva politics. Nor do they belong to upper castes.

In the recent past, the anti-Lalu sentiments have spread among non-upper caste domain as well. The BJP is trying to woo some non-Yadav castes, particularly those who are numerically small among OBCs, with such narratives: “only Yadav castes have been beneficiaries of Lalu-raj.” However, it has never spelt what it has done for them where the saffron outfits were in power!

Given that, the need of hour is to firmly stand with Lalu at this critical juncture. Even his opponents would accept privately that the politics of Lalu has been, despite criticisms and limitations, broadly secular and progressive, based on ideas of social justice. Today, these values, particularly after the coming of Modi in the centre, are under severe attack.

Do I mean to say that the Lalu’s commitment to secular politics should make him above criticism? I do not mean that. I am aware of the fact that some of us have some serious questions about Lalu, his party RJD and its rule in Bihar.

But we should not miss the larger picture and grand design by the Hindutva forces. The way Lalu has been harassed in the fodder scam does not leave any doubt that it has been politically motivated.

Who can deny that the Hindutva forces consider Lalu as a big impediment to their grabbing power in Bihar? They have tried all tricks to “trap” Lalu and “discredit” and “kill” him “politically”. But so far, he has risen like a phoenix from the ashes. But will he be able to repeat this time?

Like my two friends, I also had anti-Lalu sentiments. Born and brought up in a village of Bihar dominated by Brahmin castes, I used to hear tirades against Lalu Prasad all the time during my childhood. Some of them were in order: “Upper castes will not get jobs because Lalu has come to power”; “Lalu’s rule has pushed Bihar into a ‘jungle raj’”, the lower castes (solkan in Bhojpuri) no longer have respect for Brahmins”, “the police and administration have now become the supporters of the lower castes”; Lalu hates “Brahmins (bawaji in Bhojpuri)” most, etc. These anxieties among Brahmins are reflective of Lalu’s role in giving voice and a sense of empowerment to lower castes.

Moreover, I was a child when the Babri Masjid was demolished and whose faint memory I still have. I remember some of my relatives, sitting around the bonfire and listening to BBC radio, were discussing. “Had Rao [the then Prime Minister P. V. Narasimha Rao] not been supportive, the karsevaks would never been able to demolish Masjid…”

But I as grew up, my views about Lalu began to change. I owe it to my association with Muslims and interactions with them made me realise how grave the problem of communal violence and the role of Lalu in preventing it.

Amid this communal frenzy in the 1990s, Lalu remained committed to secular ideology and Hindu- Muslim unity. He not only arrested Advani and stopped his bloody rath yatra in Bihar but also ensured that the communal flame should not touch Bihar. I feel proud to belong to a “backward” and “bimaru” state Bihar that remained a safe place for the Muslim minority whereas some of the most advanced regions of our country turned hostile to Muslims, following the destruction of the Babri Masjid.

I do not think it is an exaggeration to say that Lalu’s role in keeping communal forces at bay has made him immortal in the Indian political history. This is why Lalu is hated by the Hindu communalists.  It is largely due to Lalu that the BJP has not been able to form its own government in Bihar.

In the last assembly elections, which I saw and reported for a newspaper, Milli Gazette, the BJP tried its best to “demonise” Lalu during the electoral campaigns. But his mass appeal could not be dented. I saw with my own eyes that Lalu, unlike many other leaders, was welcomed by a sea of people.

During one of his rallies at Mahua, Vaishali held on October 23, 2015, I felt his magic. Unlike many other leaders, who are often hesitant to get closer to common people, Lalu did not have any such hesitation. His small gesture to invite standing people to take seat in the empty space near dais left a deep impression on their minds and hearts, who would go home with a sense of empowerment and recognition.

To reiterate, Bihar is an important state and Lalu is standing in the way of the Hindutva forces’ game plan in the upcoming 2019 General Elections. The conviction of Lalu and acquittal of the former Bihar chief minister Jagarnath Mishra should be placed within this grand design.

With these arguments, I stand in solidarity with Lalu. At this critical time, I politely request my two friends to reconsider their views.

(Abhay Kumar is pursuing PhD at Centre for Historical Studies, Jawaharlal Nehru University, New Delhi. He may be reached at debatingissues@gmail.com)

The woman with shaved head by Satyapal Anand