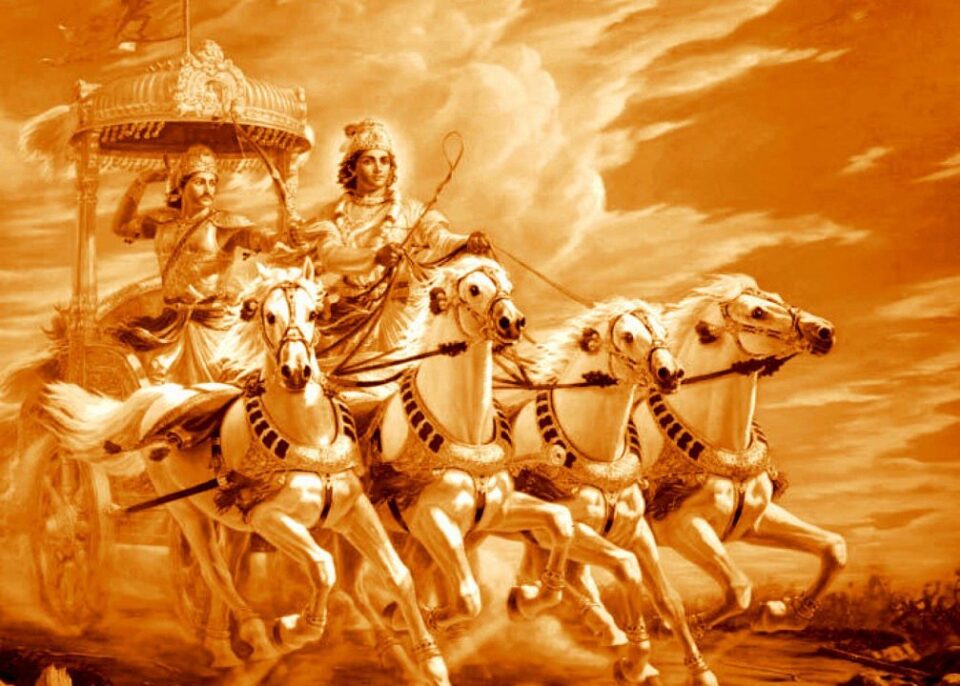 Before writing any further I want to declare the overall impression of Bhagavad Gita on me.

There are two apparent reasons for the wrong interpretation: Firstly it is not easy to translate Sanskrit, one of the oldest languages that is not an everyday language anymore. Secondly, the metaphorical way it adopts which can be taken differently suiting to its reader.

Who is the real God of Bhagavad Gita?

Some verses of Gita explain the true concept of God:

8:20 “But beyond this creation, visible and invisible. There is an invisible, higher, eternal and when all things pass away this remain forever and ever”.

8:21 “The invisible is called the Everlasting and is the Highest End Supreme. Those who reach him never return. This is my supreme abode.”

9:4. “All this visible universe comes from my invisible being. All beings have their rest in me but I have not my rest in them”.

This same Highest End Supreme who is invisible, higher and eternal is known as Allah by Muslims.

All ways are not right:

Gita 9:23: “Even those who in faith worship other gods [devtas], because of their love they worship me, although not in the right way”.

This actually states clearly that to reach the Highest End Supreme, one should adopt the right way. But I notice most Hindus stress that u can adopt any way to reach God.

I agree to an extent that whichever way u choose, end of the day you will be heading towards the same GOD. But to be successful one has to research and choose the right path. That right path in Arabic is called Siraat-e-Mustaqeem (the straightest path)

God is Light of all lights:

In the words of Bhagvad Gita, God is exemplified as Light.

This is amazing as Quran also explains God as Noor (Light).

“God is the Light of the heavens and the earth; ………. Light upon Light; God guides to His Light whom He will. And God strikes similitude for men, and God has knowledge of everything”

The God is inside Krishna and every human being:

According to Bhagavad Gita, God is present in two domains

First and the superior domain is known as “Highest End Supreme” which is invisible and is encompassing the entire universe and beyond.

The Second presence of God power is in his creations, every single human soul has God inside him. This is termed as “Supreme Soul”. This Supreme Soul is the inbuilt ability of human to recognize the Lord (Highest End Supreme) – the connection of Aatma with Perm-Aatma. In all Abrahmic faiths including Islam, the same concept is defined as the connection of Rooh (spirit) to Allah (God). 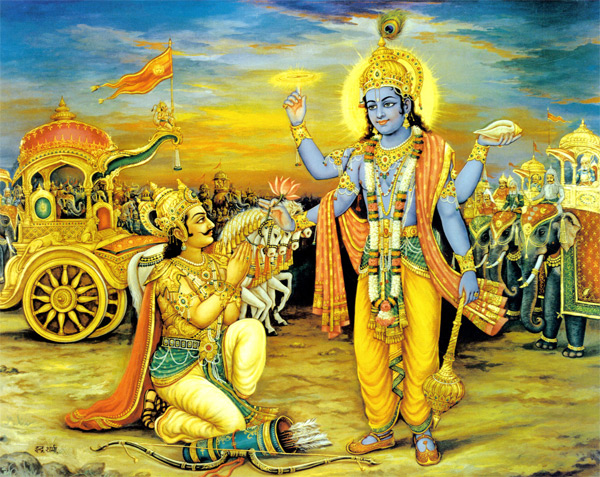 Krishna was a pious human who achieved the extremely difficult task of connecting his supreme soul to the highest end supreme.

At that stage, a human gets connected with his Lord in a way that he no more considers himself HIS creation. His tongue speaks what God says, his action happen what God wants and so on.

[10:37] “Of the children of Vrishni, I am Krishna; and of the sons of Pandu I am Arjuna. Among seers in silence I am Vyasa and among poets the poet Usana.”

Now, please note, Krishna himself explains that GOD exists in all his creations. He clearly explains that among Vrishni the GOD is Krishna and among the sons of Pandu the same God is known as Arjuna and so on. The only difference between Krishna and Arjuna is that Krishna has recognized GOD within and has achieved the connectivity of his own Supreme Soul to the Highest End Supreme while Arjuna was unaware of the reality of Spiritual power within.

Here are some more verses of Gita to clear my point

[13:28] “And when a man sees that God in himself is the same God in all that is, he hurts not himself by hurting others: then he goes indeed to the highest Path”.

In the term of Tasawuf (Islamic Mysticism), this state is known as Maqaam-e-Fana. All saints have achieved this level. Also this philosophy is known as ‘Wahddatul Wajood & Wahdatus Shahood’ among Sufis.

The Ashlooks (verses) of Gita above seems similar like a Hadith e Qudsi gives to us by beloved Prophet Muhammad (peace be upon him)
“Allah Most High says: “He who is hostile to a friend of Mine I declare war against. My slave approaches Me with nothing more beloved to Me than what I have made obligatory upon him, and My slave keeps drawing nearer to Me with voluntary works until I love him. And when I love him, I am his hearing with which he hears, his sight with which he sees, his hand with which he seizes, and his foot with which he walks. If he asks me, I will surely give to him, and if he seeks refuge in Me, I will surely protect him” (Fath al-Bari, 11.34041, hadith 6502); This hadith was related by Imam Bukhari, Ahmad ibn Hanbal, al-Bayhaqi, and others with multiple contiguous chains of transmission, and is sahih”.

Concept of Devtas or demigods:

The meaning of the word Devta cannot be GOD and many Hindu pundits also argue the same.

If Devta is God, then you cannot limit the powers of God. The very minute we apply limitations to God then He no longer fulfils the definition of God and become a creation himself.

In other religions including Judaism, Islam, Christianity, Sikhism and some sects of Hindus, the creation with same abilities and powers are known as Angels or Malaika.

If we worship any creation of PermAatma including Devtas, Jinn or Spirits, we will never be able to reach the true God. As they all are the creations and not the creator.

To elaborate in the words of Bhagvad Gita, please read this verse:

This clearly shows that we all should worship the ONE lord and not the Devtas or fathers or lower spirits.

Krishna as I understand:

In my understanding, Krishna is an expert of Karma Yoga (resembled to Tasawuf in Islamic term) who reached to the highest rank. At that stage, a human get connected with his Lord in a way that he no more consider himself  HIS creation. His tongue speaks what God says, his action happen what God wants and so on. Prophets and very few saints are the examples. Also it will be worth considering that Holy Quran is not only a final revelation but also a ‘verbal’ revelation of God which contain the first hand speech of God.

Throughout the Bhagvad Gita, it is evident that Krishna is telling us about the two Yogas (Jnana Yoga and Karma Yoga) and calling the Karma Yoga as supreme as well as harder. Jnana Yoga is known as Shariat in Islam and Karma Yoga is termed as Tareeqat/ Tasawuf in Islam.

The ultimate goal of Karma Yoga is to recognize the supreme soul (divine spark) within us. It stress that this supreme soul is inside every single human and then connect this supreme soul to the Supreme Lord, also called as Highest End Supreme. This is an extremely hard task which was achieved by Krishna.

I would request all the knowledge/ truth seekers who have already read one of the two books (Holy Quran and Bhagvad Gita) to also read the other. This will surely provide us the better understanding of the whole picture, will bring us nearer to the truth and will bridge the gap between us.  May Highest End Supreme – ALLAH helps you. Ameen.