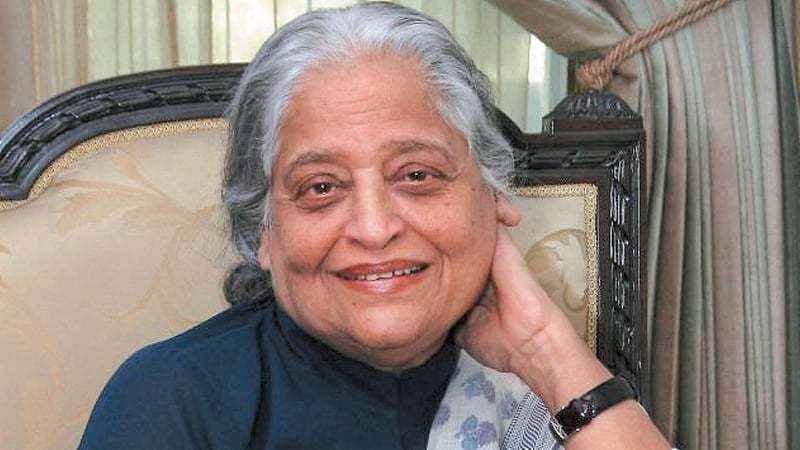 In the introduction of the book We Sinful Women, Zehra Nigah is described as one of the poets who are more “traditional” in their “form and content”. Her work is also contrasted with the fiery work of Kishwar Naheed and Fehmida Riaz for it being withing the “expected” and allowed boundaries of “protest” of a woman in the East. Asif Farrukhi in his comfortably intimate article on Zehra Nigah comments that in the earlier part of her life she was known for her elegant and classic style in the Ghazal. Her Nazm, however, is the one that has “broken new ground” in the recent times. He says, “She has perfected a new trend of commenting on social issues while retaining her distinct poetic style”, and that is precisely my area of interest in her poetry.

She employs the traditional poetic style to convey the deeper feelings of a woman who has resigned herself to the regular life but still yearns for a finer form of freedom. Maybe she is not as forth coming and bold as the formerly mentioned female poets, and that might be the reason she is not considered as a ‘feminist symbol’ so to speak. She created a niche for her work where it is the voice of thousands of women who might not be able to relate to the rebellious woman image, but may find comfort in Zehra Nigah’s way of looking inside the woman’s mind rather than producing a social commentary on the external factors.

The first poem I take into consideration is The Moonflower Tree. This poem offers a beautiful specimen of dream displacement. The poet says that she sees a tree in her dream, although she is not sure because it might just be a memory. The poet is in her younger years and dreams about children mostly represent our child within. The ghost trapped in the tree is clearly the unconscious part of her mind, which if set free, might burn and turn her home into ashes. The nails that keep it in check, in this case, most definitely represent the defenses and barriers i.e. the morality check of the super ego. The home which she fears being destroyed is herself.

When a “wise man” put the nails in the tree, it shows that from a young age she was conditioned to repress her desires and instead of exploring herself, build a life around her societal position and her role as a mother. The poem and the dream reminisce come to end with the intriguing question: “Would it really into ashes turn?” and that is the dilemma of the woman. Should she pursue her desires? And if she does so, would it mean she is no longer capable of being a good woman and a good mother? This choice between herself and the family has been put in front of women for ages and should the woman choose the ‘wrong’ option, she is shunned. Nigah knows this choice she is faced with is decisive, yet she questions if it is as destructive as it seems to be.

The second poem I choose to consider is My Playmate. The poet makes us believe that her playmate is another person but some subtle hints prove that she is the poet herself, thus the image of the lost naïve child returns. The poem narrates that, “I am the keeper of your dreams – you keep the memories that were mine”. I argue that the keeper of dreams here is the unconscious and the keeper of memories is the conscious. The playmate is the unconscious that comes “with the setting rays of sun” i.e. by nightfall when the poet is asleep and her barriers are weakened, and goes back “with the waking rays of the sun” i.e. when her conscious becomes fully functional during the day.

She tries to quench the lack she finds in her life by buying all sorts of things and then trying to convince herself that her world is “clean, sparkling, seductive”. Yet she still begs her friend to join her because deep down she is aware that all these “comforts” and the “realities [with which] every color glows” are of no use if she stays apart from the one thing that she truly desires.

The last poem I would like to consider is The Girl by the Lamp-Post. In this poem too, the image of the lost child emerges. The girl who is covered in layers of makeup, is laid bare in all her innocence by the heavy storm. In the girl’s face, the poet recognizes something of her own, something that wants to attach itself to the girl. Through a relay of imagery she recalls as if she had lost the girl at a fair and now she desperately wants to embrace her. The imagery of turning her “veil into a nest” and hiding the vulnerable girl in it represents that she sees a glimpse of a lost childhood in her and this makes her want to reconnect with the girl and save the innocence this time. The poem is laden with the imagery of motherhood, lost childhood, and a desperation to reunite with the lost innocence.

As these few examples suggest, Zehra Nigah’s poetry is a beautiful blend of mysticism, a nostalgia, a forlorn childhood, and the kind of rebelliousness that raises questions rather than gibing at the system. Her poetry wields the classic instruments and uses them against the classic order. She has her share of radical poems, but the subtler ones are more impactful in my opinion as any woman and every woman would be able to vouch for the truthfulness of them. This reveals layers in her poetry, especially the motif of lost childhood and innocence, and the theme of resignation and compromise in a woman’s lives.

AN INTERVIEW WITH MYSELF(Preface to my book THE MEMORY SHARDS)