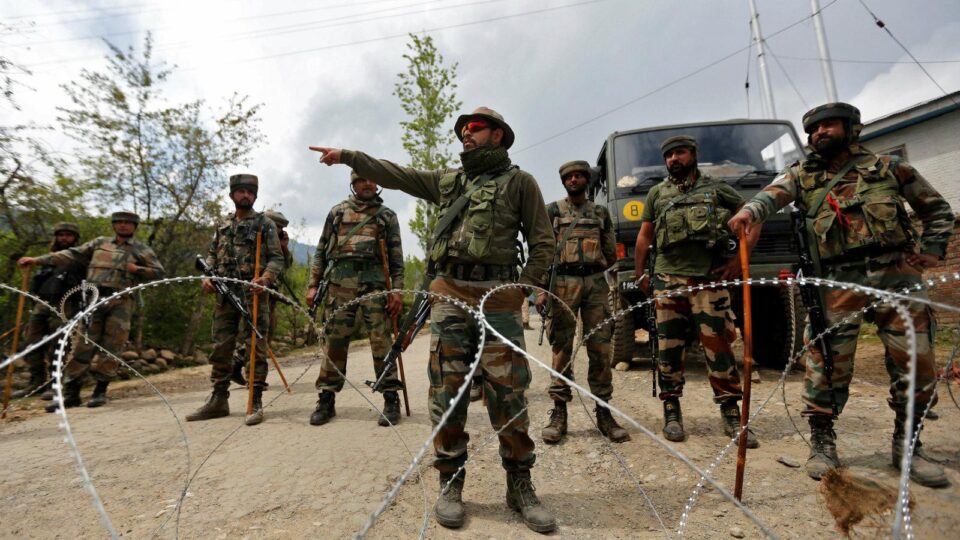 Does the end justify the means? Despite centuries of debate, we do not quite know. How is one to decide whether one’s duty towards a ‘greater good’ should take precedence or whether in the performance of that duty, the morality of one’s actions should rank higher?

The Mahabharata provides a thought-provoking suggestion. Moving into battle, a weakness consumes Arjuna as he thinks about the consequences that will follow his actions. He knows that the battle will lead to the death of his brothers, teachers and many others; and he questions whether violence is necessary to achieve justice. That is when Krishna reminds Arjuna of his dharma or duty.

For the greater good, Krishna argues, Arjuna must fight. Krishna goes on to explain that Arjuna’s dharma — both, as a warrior and the oppressed — is more important than his karma as an individual human being. The end goal of the Pandavas was justice. And in pursuit of a higher value such as justice or freedom, Krishna reasons, one must be willing to adopt whatever means are necessary.

For four months now, we have kept Kashmir and its people in a lockdown. Even without offering a legal argument for its decision to annex Kashmir, the Indian government revoked articles 370 and 35A that granted the former state (now a Union Territory) a special status. Under these provisions, Kashmir had its own constitution and could govern itself except for in matters concerning finance, defence, communication, and foreign affairs. However, the central government wanted to establish complete control, in order to boost the local economy, quell terrorist activities, and most important of all, integrate Kashmir into India.

Political integration can be quite a complicated matter. Is it justified? Only if and when it offers a better quality of life without stomping over people’s freedoms. But even then, people’s consent to integrate and the manner in which that change is brought about is more important than the change itself. Due to such complexities surrounding issues of individual choice, freedom, and struggle for power — in practice, integration bears close semblance to colonialism. Both colonialists and integrationists justify their actions on the basis of abstract notions; both tend to adopt methods that are more oppressive than emancipatory. Colonialists, for instance, reasoned that they were participating in a spiritual quest to ‘civilise’ the savages. For the betterment of the natives, the plunder of nations, slavery, white man’s rule, and even violence were considered essential. Integrationists, on the other hand, ascribe to the model values of ‘nationalism’ — one nation, one people; where methodological similarities with colonialism abound, just the white man is replaced by majoritarianism.

India’s decision to integrate Kashmir is not new, only more pronounced. A covert process to bring Kashmir into our fold was initiated immediately after the partition, but the 1987 Jammu and Kashmir (J&K) Legislative Assembly election became a watershed moment in our relations. Remarkably, that fateful election had seen the highest ever electoral participation recorded in J&K with about 80 percent votes cast. This was primarily because a few resident Kashmiris had formed independent parties and were contesting on the promise of representing Kashmiri aspirations. However, the central government manipulated results to favour its own candidates. When opposition leaders, many of whom were labelled ‘anti-establishment’, protested against the government’s misconduct, they were put in jail along with their supporters.

Expectedly, Kashmiri people’s faith in India’s democratic process was shaken. They demanded freedom from Indian interference. The next few years were more crucial than ever. But our actions aimed at the integration of Kashmir, eventually, became a catalyst for the Azad-Kashmir movement. Mass protests, military brutality and massacres were common. In his memoir, The Curfewed Night, Basharat Peer has written extensively about the conflict. His reports are unlike the ones we find in mainstream news. Engaging with this alternative-reading of Kashmiri people’s history, I was forced to second-guess Krishna. For the greater good, can violence be justified?

The 1987-breach of faith inflated into an armed conflict somewhat inspired by the events of 1989 and 1990. In 1989, hundreds of Kashmiri civilians were unwarrantedly picked up from Lal Chowk in Srinagar, and tortured and killed by India’s paramilitary forces. Lal Chowk — once a bustling city centre enjoyed by locals — was witness to the unabashed abuse of power by India in the coming months. In January 1990, as a group of peaceful protestors marched towards the Chowk to demand justice for the crimes committed, the CRPF broke fire. Around 50 people were killed. Within months, another massacre took place when a small group marched from Lal Chowk to Maisuna. On its way, the group had to cross the Gowkadal bridge. But on the other end, with guns aimed at the group, stood the CRPF. The protestors, face to face with death, raised slogans of Azadi and their right to self-determination. This was not tolerable by our Force. 15 more Kashmiris were killed. Targets were not limited to those in protest groups. In May 1990, Indian paramilitary forces fired at the funeral procession of the head-priest of Srinagar, Maulvi Farooq. Bullets pierced the coffin, pallbearers and mourners. More than a hundred people were killed.

In conflict, rape is used commonly and effectively, to destroy the spirit of the ‘resisting rebel’. There have been cases of mass rapes across Kashmir such as the one from 1990 where more than 20 women were raped by the army in Northern Kupwara district to, metaphorically, lay siege on the land. Similarly, in May, the BSF fired on a marriage party travelling between hamlets. The troop took turns to gang-rape the bride, after shooting five bullets into the groom’s back, who still survived, unlike their friends and family. The district head awarded them Rs 3000 each as relief from the government while no action was taken against the culprits. This has been the case with nearly every incident of rape, torture, massacre, and murder in Kashmir. The army is guaranteed immunity from trial under the Armed Forces (Special Powers) Act, whereas Kashmiris have no recourse to institutions of justice. The State, itself, is the oppressor.

The question then arises again: does the end justify the means? If justice is not the end goal, then Krishna’s advice does not stand to scrutiny. He opined that for the greater good such as justice or freedom from oppression, even violent means could be justified. But when the end goal is as base as the intimidation and subjugation of a people, can we justify our actions or the end? Unless, we are a people who do not aspire to achieve morality, and are content with seeking power and revenge. Revenge too, against the rebel that we ourselves have created.

Through a systematic use of powerful methods, we have reminded Kashmiris of our supremacy and offered peace in exchange for submission. We took over their schools and hospitals and converted them into military base camps and torture centres. Their children had no place to learn. Yet, they learned — from the stories they heard around them, to the stories they themselves became a part of. They grew up internalising the struggle for freedom from the Indian rule. In the absence of model elders, many of whom were killed, many children became vulnerable prey for pro-Pakistan militant groups, who were willing to sponsor an armed rebellion.

Our methods, as it is, had already sensitised them to violence and death in childhood. The youth in Kashmir did not invent violence. It only imitated that which it grew up on. Having seen the previous generation tortured and humiliated, the youth found recourse not in the non-violent methods of Gandhi, but in the methods that they had themselves seen work effectively in the actions of an integrationist Indian state. Their end goal has been to drive out the violent forces that have intruded their homes, and their means was a rebellion. ‘Radical’ or ‘moderate’, they were always the enemy, paying for that crime with their lives and dignity.

Therefore, in attempting to understand the ends-means debate, I am compelled to ask: By Krishna’s logic, should the Kashmiri struggle for emancipation and freedom not be justified by any means?

We can either express shock at this suggestion or seek to understand the events that have contributed to the conflict. If we refuse to do the latter, we will only contribute to the likelihood that much worse lies ahead.

What Delhi Needs to Learn from Islamabad by SYED ATA HASNANIN