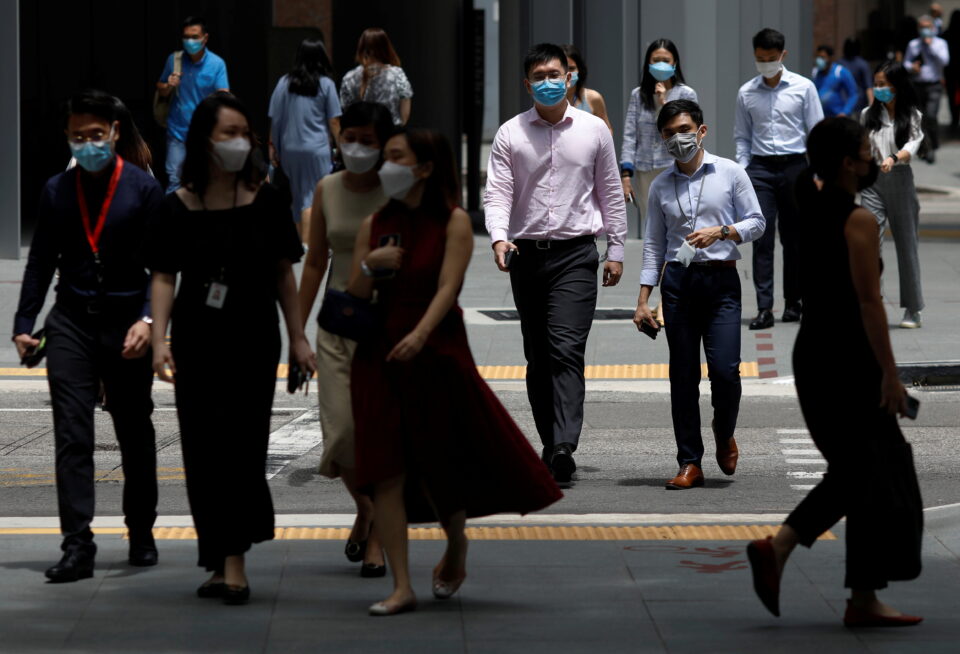 Singapore has reported its highest one-day Covid case total in more than a year, with 837 cases recorded on Tuesday.

In response to the growing outbreak, the government has paused reopening plans and reimposed some restrictions.

As of Tuesday, a total of 809 people were in hospital. Of these, 75 were seriously ill and required oxygen, and nine were in intensive care. The majority of seriously ill patients were older than 66, according to the Ministry of Health.

Eighty-one per cent of the entire population is fully vaccinated – excluding under-12s, it is 90% – and the number of seriously ill patients is fairly low overall. Just four people have died in the past 28 days, all of whom were unvaccinated, according to the health ministry.

However, the number of those seriously ill is increasing. The number of patients requiring oxygen doubled to 54 on Sunday from two days before, an important gauge to judge whether the medical system could get overwhelmed.

Lawrence Wong, finance minister and co-chair of the coronavirus taskforce, said last week that a key indicator in determining reopening moves would be the number of patients in intensive care units over the next two to four weeks.

At present there are 300 ICU beds available, which could be increased to 1,000. If numbers stay manageable, the country will resume reopening plans, he said.

The new outbreak is being watched by other countries that have managed to keep case numbers relatively low throughout the pandemic. Australia’s prime minister said in July that an 80% vaccination rate (of the eligible population – not the total population) would herald the end of statewide coronavirus lockdowns.

Dale Fisher, a professor at Singapore’s National university hospital who specialises in infectious diseases, told the ABC on Monday that cases were “by and large very mild” in immunised Singaporeans.

“We’re sort of feeling our way, but clearly you can’t just open the gates and say the vaccine will look after us. It needs more than that,” he said.