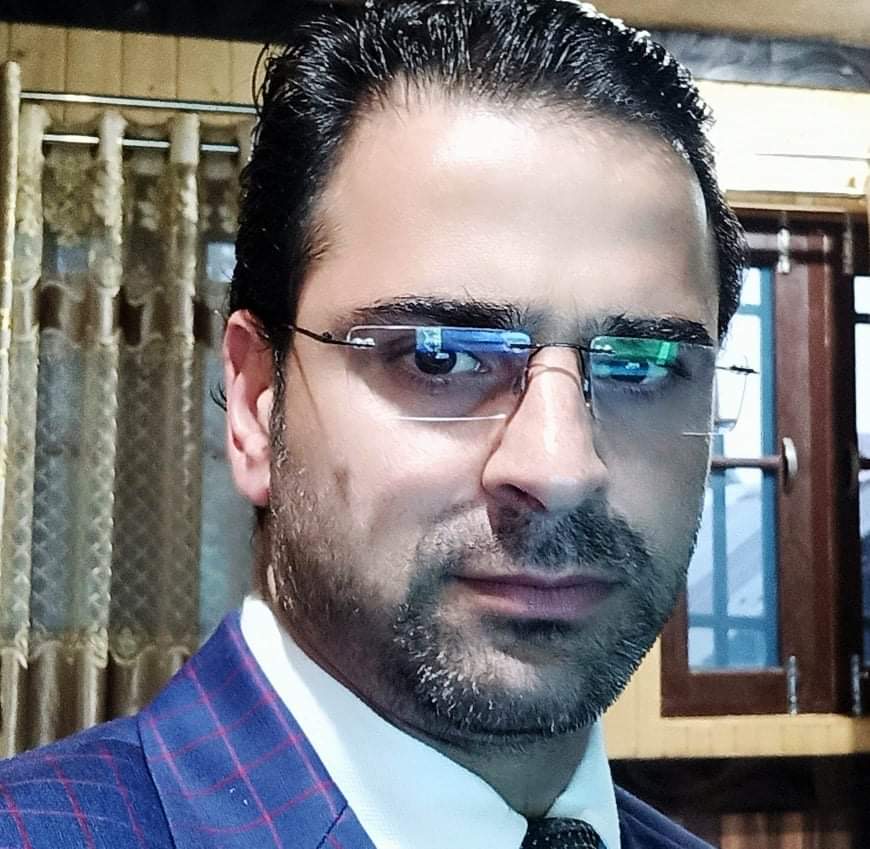 On a bright sunny day in 2016, I came across Shaheed Babar Qadri in a Kashmir conference held in Islamabad. Visitors from the Indian side of Kashmir are generally welcomed by the people of Pakistan administered Kashmir as decades of forcible divide has have allowed very few opportunities for the divided people to meet. This young advocate looked different from the usual chest thumping folks who would beat around the bush when present in Pakistan.

Babar readily caught everybody’s eye in Islamabad for his clear, precise and rational position on Jammu & Kashmir. He didn’t seem like reading from the scrip and consistently emphasized on the need to engage every stakeholder inside the erstwhile state of Jammu & Kashmir to resolve the conflict. Clearly, he had irked a powerful lot in both Delhi and Islamabad for his unconventional utterings on Kashmir. At the same time, he had developed a potent constituency on the both sides of Kashmir for his unapologetic stance and a political behavior that focused on calling spade a spade.

In one of the talk shows where I shared space with him, I was quite astonished to see him talking with clarity, purpose and intent unlike usual advocates of the Kashmir’s resistance movement based in Islamabad. Amidst the 2016 intifada in Kashmir, it was quite unusual for an outspoken Kashmiri advocate to be in Pakistan and say clearly that Pakistan’s position and conduct on Kashmir was less helpful for Kashmiri’s fight for self-determination.

Interestingly, Babar while in Pakistan didn’t only mention the sufferings of Kashmiri people but talked at length about the negative role of every powerful institution, stakeholder and party to the Kashmir conflict. In the hindsight, one can safely say that perhaps, his unapologetic conduct and refusal to become a part of the conflict industry led to his unfortunate killing.

Shaheed Babar Qadri’s views on Kashmiri identity and nationhood were quite inclusive and less ethnocentric. For instance, in our personal conversations, Babar took a lot of pride in sharing the common identity with the people of Pakistan administered Kashmir and Gilgit-Baltistan. He used to be very happy when he was amongst his ‘own people’. He always referred to us as his ‘own people’ and often used to say that he can readily distinguish between the people of Pakistan and PaK.

In Pakistan, it is considered quite extraordinary on the part of any Kashmiri to term the J&K issue as a political one with no religious undertones attached to it. Babar whenever he got the chance to speak about Kashmir always emphasized that it essentially is a political problem and other diversions such as territorial, religious and ethnic are manufactured to weaken the voice of indigenous people. For this reason, he despite being in Pakistan always mentioned the plight of political prisoners of Gilgit-Baltistan and Pakistan administered Kashmir such as Baba Jan and Tanveer Ahmed.

Shaheed Babar Qadri making inroads and relationships with media, think tanks, universities of Pakistan and some noteworthy politicians of Pakistan administered Kashmir such as late Sardar Khalid Ibrahim irked many who thrive on the conflict industry. I vividly remember his teary outburst on the death of Sardar Khalid Ibrahim. Babar used to tell me that he learned eloquence, political ethics and the spirit of peaceful coexistence from the late Sardar Khalid Ibrahim who despite having ideological differences provided a platform to Babar Qadri and made sure that nobody in Islamabad could threaten or misbehave with him.

Babar had a particular interest in the political developments, culture and languages of the erstwhile Jammu and Kashmir State. He was very keen to follow the endeavors on the Pakistani side of Jammu and Kashmir and I vividly remember how we used to interact and use Pahari & Kashmiri slangs in our conversations. He used to refer to it as ‘common culture’ and would always celebrate and cherish the diversity within different region and peoples’ of J&K.

With Shaheed Babar Qadri’s demise, people lost a potent voice for peace, her daughters who I personally know were very close to him lost a dear father, his family lost their caretaker and I lost a dear friend whose void will never be filled. I would always remember how he was keener to follow my doctoral pursuit on the role of Kashmir diaspora in conflict transformation and congratulated me before I was honored with the degree. He would say that he doesn’t think he’ll live to see me completing my PhD and his words were prophetic in that sense.

It is unfortunate that people within J&K who focus more on the objective and inclusive interpretation of the conflict become anybody’s soft targets and therefore silenced. It is important for any movement to overcome its own delusions and injustices that eventually weaken the case of self-determination. Shaheed Babar Qadri wasn’t the first and won’t be the last slain as he often used to say that unless the indigenous character of the Kashmir’s movement is restored, peace and freedom would be a distant dream.

RIP my dear friend. May Allah bless your daughters !

The writer holds a doctorate in International Relations from QAU and served as Research Fellow at SOAS London. She specializes in the role of Kashmiri diaspora in conflict transformation.