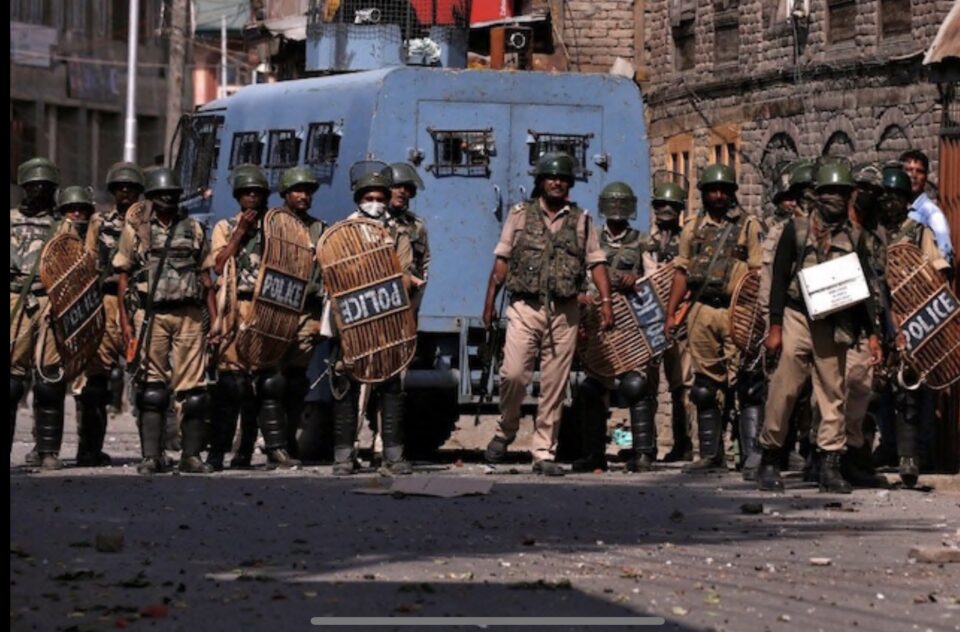 NEW DELHI — Indian security forces used “excessive force” resulting in unlawful killings and a high number of injuries during widespread demonstrations in the Kashmir region that began in 2016, the United Nations said in a report released Thursday.

The report was the first by the United Nations to spotlight human rights abuses in the Himalayan territory disputed by India and Pakistan, which U.N. High Commissioner for Human Rights Zeid Raad al-Hussein called “a conflict that has robbed millions of their basic human rights, and continues to this day to inflict untold suffering.” He also called for a “comprehensive independent international investigation” into human rights abuses in the troubled region.

Raveesh Kumar, spokesman for India’s Ministry of External Affairs, rejected the report, calling it “fallacious, tendentious and motivated” and a “selective compilation of largely unverified information.”

Hussein further called on security forces to exercise “maximum restraint” at a time when the valley has been rocked by violent incidents.

On Thursday, a well-known journalist, Shujaat Bukhari, the editor of Rising Kashmir news website, was shot and killed by unknown assailants as he left his office in Kashmir’s principal city of Srinagar. Earlier this year, a tourist was killed by rock-throwing youths in a rare attack, and a bloody shootout with militants last month in Srinagar that left three members of the Lashkar-e-Taiba militant group and four security personnel dead.

The report largely centered on the actions of Indian security forces after the killing of a popular militant commander, Burhan Wani,whose death in July 2016 sparked widespread shutdowns and protests. Indian security forces used pellet-firing shotguns during those protests, killing 17 and injuring more than 6,000, according to estimates from civil society groups. Many of the injured were partially or fully blinded.

Up to 145 civilians have been killed by security forces from July 2016 to March 2018, with 20 others killed by militants, the report said.

The verdant Kashmir valley, nestled below snow-capped Himalayan peaks, has been disputed by India and Pakistan since the time of independence and Pakistan’s creation, and its border is one of the most heavily militarized in the world.  The Indian-administered portion of the region has been the scene of an armed insurgency backed by Pakistan for 30 years, although the number of militants operating in the valley now numbers only a few hundred, far fewer than the movement’s height in the 1990s.

The report noted that a variety of armed groups have been actively operating in Indian-administered Kashmir since the 1980s committing a wide range of alleged abuses, kidnappings, killing civilians and sexual violence. Despite Pakistan’s denials of support, the report charged, “experts believe that Pakistan’s military continues to support their operations across the Line of Control in Indian-Administered Kashmir.”

Indian security forces have enjoyed “almost total impunity” for decades, carrying out enforced or involuntary disappearances, and little has been done to investigate allegations of mass graves, Hussein said. Both military and police personnel as well as militants have raped women with few consequences, according to the report.