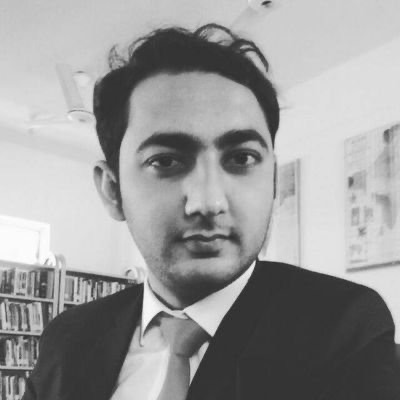 The term Soft Power was first introduced by American Political thinker Joseph Nye in era of Cold War. He advocated the use of soft power along with military tools to fulfil the aims of national interest. Soft Power is a source of achieving national and international goals without using any active military tactics. It is expressed in form of foreign policy, media, film, literature, propaganda and art, aims to inculcate the state narratives in an effective way. Soft Power has become most important tool in 21st century, which is obviously an age of global connectivity to win the hearts and occupy the brains of target audiences. World powers use Soft Power to put forward their narratives and ideologies in rather non coercive forms. Whether it is American film industry which is also called worlds largest myth making factory or it is British Spy fighting evil, it’s Korean K-pop or Bollywood cinema, all these platforms are working as powerhouses for representing their national narratives of power structure, cultural images, historical perspectives, philosophy of life, moral and religious values. In Cold war era, Hollywood created a bulk of propaganda films against “evil” empires of Nazi Germany and Soviet Russia to create a “true” picture of their “favorite” regimes. India also used its large film industry for propaganda mainly against arch-rival Pakistan and garnered great success in propaganda war prior to 1971 military conflict. India had already moulded the world opinion by organising a very successful propaganda campaign against Pakistan. RAW, the premier Indian intelligence agency, used Indian film as a tool for propagating Indian political narratives and almost every film released in that era carried clips of showing distorted data and persecution of Bengalis by Pakistan army. In recent years also, the Nazi inspired BJP government tasked Bollywood to recreate the South Asian history and targeted the Muslim rule in India. K-Pop is also attracting mass appeal throughout the world and contributing in introducing a new image of Korea in global consciousness.

Renowned Novelist and intellectual Fatima Bhutto recently launched her nonfiction book  “New Kings of the World: Dispatches from Bollywood, Dizzi and K-pop” that is also based upon Soft Power and its influences on global culture. Bhutto picked Turkish Dizzi, Indian Bollywood and Korean K-pop from East to explore and explain the importance soft power in today’s world. This wonderful book analyzes the Latin American fascination with Shahrukh Khan, tries to understand the waves of unprecedented popularity of K-Pop and above all the political gains of Turkish-dizzi.

Now Let’s move to the hottest topic of the year. That’s not the pandemic for our obvious surprise, that’s in fact Dirilis Ertugrul which has become a “monstrous hit” according to Dawn News, a prestigious national newspaper in Pakistan. It is on-air on state-run PTV and achieving milestones in popularity. It was a great hit throughout the world but since Pakistan Prime Minister asked PTV to run its Urdu version, all previous records have been shattered. Its YouTube channel is going to create a world record in a month while its first episode has been viewed by more than 20 Million people on YouTube in just two weeks. The idea of running the serial on PTV has worked and it is attracting largest viewership here in Pakistan that is much more  than any other part of the world. Ertugrul has become a household name and it has set social media on fire with hottest discussions, critical comments and a flood of memes. Dirilis Ertugrul tells us pre-Ottomon story of Turkish Oghoz leader Ertugrul who led his tribe against Christians and Mongols. The play is part of that longer story which started about a thousand years ago and still haunting the consciousness of entire Islamic and christian world. Ertugral, the main lead in play was father of Usman, the founder of Ottoman Empire. That was the beginning of a new age with conquests of Ertugral in 13th century that laid the foundations of centuries long history of expansion and rule of Ottomons stretched to three great continents. Ottomon Empire (1299-1922) ruled over a major part of Asia, Europe and Africa and remained a super power for centuries. Ottomon Empire led the Muslim world for centuries and remained religious, political and cultural centre for entire Islamic world since the Conquest of Constantinople in 1453  to its defeat in World War-I. The Ottomon Sultan was revered as religious and spiritual leader or Caliph of entire Islamic world. After the catastrophic defeat in WWI, Mustafa Kemal a Turkish general led nationalist army and defeated the Central Powers and founded modern Turkey as a much smaller yet independent national state. Kemal abolished the caliphate and decided to bring a Renaissance in Turkish national consciousness. He took radical steps and declared Turkey a national secular state, reconstructed the political and administrative system on the lines of modern western states, put a ban on wearing scarf, changed Arabic transcript of Turkish language into Roman and asked people to wear hat instead of traditional Turkish fez.

Mustafa Kemal and most of his successors ruthlessly implemented “Kemalism” and continuous efforts were made to disengage Turkey from its glorious past. Islamists and pro-Ottomon Turks confronted the westernization project with fierce opposition and always won a very high proportionate of public approval. Military junta not willing to allow the conservatives to come into power, kept disrupting the democratic process and tried to throw them out of political discourse. Turkey struggling for its space, and amid large scale political upheavals, remained poor, underdeveloped and Sick Man of Europe for all those years till the emergence of Erdogan who rescued the economy and aimed to make it great again.

Erdogan with his pro-islamist stances and unprecedented success in economic revival of nation, became most popular leader not only in Turkey but also amassed great admiration and following in entire Muslim World. It just occurred to pro-ottomons and islamist as a Renaissance of Turkish nation and they started dreaming of the lost glory of Ottoman era.

Turkish secular military and modernist are enraged for his policies and accuse him of destroying the secular identity of country. They call him a “dictator” who misused his power and this antagonism culminated with the failed military coup of 2016 when Erdogan and his people courageously defended the assault on democratic system. Turkish society is consequently divided into two extremes and their animosity also finds its expression in Turkish plays and films. This media war started in 2008 with the release  of a documentary based on the life of Mustafa Kemal, the founder of modern Turkey who was depicted in the film as a drunkard, alienated and pervert in his personal space. According to the makers of the film, they wanted to show the personal and human side of the great general and leader. This film gained great popularity and also caused a heated conflict inside Turkey. Kemalists took it as an assault on founder and constitution, which refrains any individual or institution to criticise the founder of Turkey. The Kemalists,mainly secular nationalists,responded with a brutal attack on Suleiman The Magnificent with a grand serial “The Magnificent Century” and tried to bring out the secrets of life inside Harem during the reign of most celebrated ruler of Ottomon history. Suleiman, the lawgiver, was depicted as a cruel, power-hungary dictator and a puppet in the hands of his favorite concubine Hurem. The grand serial created with great artistic merit and an ambitious budget smashed all the previous records of popularity and became a blockbuster at home and overseas. This play created a stir among the audience and the makers unconsciously and unintentionally helped in reviving interest in Ottomon culture and history. It became a popular serial throughout the world including Pakistan but the islamists inside Turkey took it with a very hostile reaction and protested against the creators and actors of the serial. President Erdogan himself denounced it vehemently and called it an assault on glorious history of Turkey. The next project of this ideological war was Dirilius Ertugral which went on air in 2014 and became a cult hit in Turkey. Erdogan government encouraged the producers to create this grand epic and admired the themes and performances of creators and actors. The epic-play has conquered the imaginative landscape of more than a hundred countries and received with great appreciation by 500 million viewers. Islamists all over the world are promoting the serial and it is being seen as a great attempt to launch a pan-islamic movement of revival of Caliphate. New York Times viewed play’s popularity as an expression of Turkish desires and fascination with Ottomom past. Erdogan’s ambitions are not very unclear for his European counterparts who in past always looked towards Ottomon Turkey as a great threat to their sovereignty, neither his critics in Middle East are unaware of his desires for a greater political role for Turkey.

Dirilis Ertugrul is pinching hard his enemies at home and also creating troubles in gentle dreams of his rivals sitting across the continents.