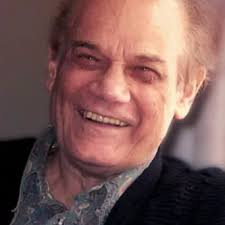 Dr. Akhter Ahsen (1933-2018) was a polymath; he made manifold contribution to different domains of knowledge. However, his primary field of expertise was psychology. I know, he would have disagreed and added literature, philosophy and mythology as the central areas of hiscuriosities. In his case both the statements are accurate andappropriate. Simply because, in his work spanned over more than 50 years he blended different domains so well that it is difficult decipher them separately. As his student of psychotherapy, I can see how he took advantage of various domains of knowledge to expand his understanding of human consciousness and to conceive an entirely a new model of psychotherapy, i.e., Eidetic Psychotherapy.

The most important aspect to understand entire his work is to know that imagery is his central emphasis. To demarcate his central concept he first adopted the term eidetic imagery and then declared it a universal phenomenon instead of an exclusive one for the gifted children. Ahsen’s major contribution was the redefinition of eidetic imagery, description of its multi-layered existence, and dissecting its component separately so that it can become a subject of scientific inquiry. In his theory, all the emotionally significant experiences are stored in brain (not mind) in the form of (predominantly) visual images. One can recall a positive or negative experience and feel a movie like visual image running in the mind. One can hear sounds related to that veryevent, re-experience the tactile sensations and smell or taste. This experiential image can be vivid or invivid (a term coined by him) and it can come from individual’s own experience, from collective experiences or something which the human race has experienced over the centuries of existence on this planet. All the experiences whether they come from individual, social or historical source, they appear in the form of an eidetic image. This eidetic image carries all the intricate and intimate details of the experience they belonged to.  Moreover, these experiential eidetic images form our understanding and awareness around our existence and the world around. In other words, they become the building blocks of our consciousness. Now one can see how astute Dr.Ahsen was in defining the consciousness, which is the fundamental subject matter of psychotherapy. The way a medical doctor cannot work without knowing about the physiology, similarly a psychotherapist cannot function without knowing the formulation of human consciousness.

The important and notable point here is Dr Ahsen’s ability to adopt and adapt the philosophical notion of consciousness and use it to establish the foundations of his model of psychotherapy. The consciousness is formulated, in my laymanish expression, by experiences. The human difficulties in accepting these experiences cause the disorder, in Ahsen’s theory of disorder. His therapy revolves around enhancing this acceptance. A trauma victim, for example, cannot or do not allow the recall and stay detached (and fearful) from own experience even when it is over. This resulted in post-traumatic stress disorder (PTSD).  The understanding of PTSD is made that simple most certainly only in his theory. This simple understanding of this sophisticated phenomenon resulted in easy-to-do model of psychotherapy.

The major success Akhter Ahsen made in formulating his definition of consciousness and eidetic imagery and theory of psychological disorder was the structure of an eidetic image (or experience). He gave a tripartite structure of an eidetic image related to an experience. The image is the outcome of sensory input of an event. After the sensory input we are impacted by the experience physiologically (or emotionally). Under the influence of our bodily conditions we try to understand it and infer the meanings out of it. In his theory, Ahsen denoted the sensory input in the form of an image as “I”, the physiological part as “S” and drawing the meaning of an experience as “M”, that makes the tripartite composition of an experience as ISM. This ISM is a condensed form of an experience. The collection of ISMs constitutes our consciousness.

A painful experience (trauma, for example) has imagery of a traumatic event, which is experienced in the form of flashbacks by the individual. As soon as the traumatic imagery pops into our conscious mind, body re-experiences the same feelings (palpitation and tightening of muscles) as felt at the time of occurrence of the event. With this going inside the body we decide whether the experience was good or bad and what lessons to learn from this event. An uptight body would always teach erroneous lessons. Akhter Ahsen’s therapy does not ask the individual to think rationally or positively because the thinking is determined by the trauma stricken body. The Eidetic Psychotherapy does not teach the mechanisms of relaxation, as the uptight bodily condition is a product of stored images of a trauma. The Eidetic Therapy, rather deals with those very images, which are there at roots of all the disorders, whether it is PTSD, depression, anxiety or psychoses. The feature unique to Eidetic Psychotherapy is its profound performance to treat psychosomatics, like chronic pains, allergies and insomnias. It’s less reliance on language made it very beneficial for non-verbals, people with intellectual disabilities and autism. The emerging empirical evidence provides solid scientific reasons for its use for this disadvantaged population

Akhter Ahsen used to claim that his theory is rooted in rich eastern traditions of scholarship, which would be beyond the cultural and racial discriminations and demarcations. The wide scope of his Eidetic theory and psychotherapy is an evidence of what he used to claim.