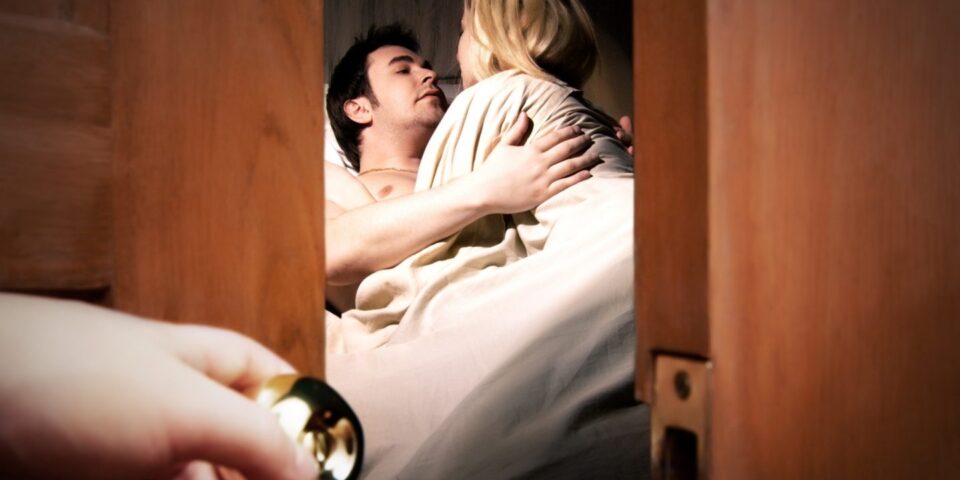 A clandestine affair with a married man is a sinewy phenomenon, but pretty captivating. It’s a truth one cannot deny that when a single woman or even the married ones see a moderately appealing male gets infatuated if found already in a relationship or is already in a nuptial bond! As per the study and statistics 90 percent of single women like to be the other women to a married guy. What about a single guy then? Pretty boring huh! Not enough matured to turn on a female. Sounds intriguing so let’s see what this essay has to give, is it just the looks or something else –

Take Jess, a young, attractive, smart, successful woman from a major metropolitan area. She professed marriage and kids desperately. So why did she waste precious time with Jairus, a married father of two who never had any real intention of leaving his wife? Jairus was not a macho archetype or an eternal seducer but what was it that attracted Jess? Is it because a man who is already someone else’s property more experienced? Is he seen as able to no commitments? Is he more desirable because another woman has walloped him (while still, single men are unknown commodities)? For some, the food on someone else’s plate always looks tastier. If someone else wants him, he must be worth sharing.

There is no simple answer. For some women, being the other women to a married man gives you a breathing room. Sneaking around with a spousal man has its cheap thrills. The sex itself may be lustier because it’s hugger – mugger. Having sex in the married couple’s bed sounds pretty bold and a passion full of daring thrills combined with lust and sex in all possible positions as explained in Kamasutra. Not to forget the unprotected sex, the matured ones know how to avoid a female from getting impregnated with his semen and avoid her pregnancy rather than the single ones, oh how boring again, damn it single men. Huh! Pleasure to sneak around undiscovered, grabbing quick sexual encounters adds to the spark, can be a huge turn-on in comparison to a dinner date with a single man kinda fucking boring rather since he is available, the sparks don’t fly. Especially for rule-breakers, it’s just more fun being racy and salacious. Not to forget the sex damn great because it’s new, adventurous, no strings attached, etc.

Women fall for married men for a variety of reasons the major factor is the low self-esteem; a torrential sex with a matured man, the secret pleasure, the stab of winning him over his wife, the feel to be needed “Ah see how much he loves me, not his wife”.

But on a personal front in future, it can be a severe breakdown for both – The married man as well as the other woman if toyed in a wrong way. It can fetch legal battles, nervous breakdowns, anxiety attacks, low self esteem and several other factors.

Married men flirting a single woman though is at a huge risk but again has a secret pleasure, spending time with her at a coffee shop avoiding the stares, bedding her, texting her, keeping her discreet, is a huge turn on, a small reason the sex with his own wife every night doesn’t really add to the flame, it’s like daily chore, rather a must job or the wife remains unhappy, as compared to a single man who just dates?  No big titillation. The single ones don’t have to engage in clandestine plans and think of elaborate excuses there’s where the sparks don’t fly, oh how fucking boring again. And most single men often appear not too interested, lest they find themselves headed for a commitment they’re not ready for. May be just date, have sex if possible but settle with a woman his family chooses. Sounds similar? Yes, I guess.

The married ones know to turn on a woman with his mere touch, a brush of his hand on her shoulder, touching her earlobes, sometimes necking her, a glance on her lips and eyes which has a mesmerizing effect on the other women. The other women mistakes it as a commitment as they feel privileged from eating from someone else’s platter, she is the dominating factor and not the wife, but then deep within her common sense kicks in – He’s married, Will he leave his wife? What is my future? What will society say? What if we get caught? What if I am shown the door?

This is where she starts to emerge from her haze she is in – sometimes it’s the door shown to her, for some the game is well played. It’s a fact when a man roams probably he is not happy at home and be rest assured he isn’t on his personal front the studies say so, some men still hold on that ruined marriage and remain eternal unhappy, some divorce, some remarry.

It’s not only the elite class whose stories come in limelight owing to their popularity but it holds true for the bourgeois class too. Married men are inherently less demanding. Because they already have wives and families to contend with, they exact less time from their mistresses. Viewed as mature and experienced they are able to offer more financial support.

Other women defends her actions by saying they “Hey look I actually had no intention to love him, you see actually I was unaware, it just happened”, “He was unhappy with his wife and all I wanted was to help him and now we are so involved that it is next to impossible for me to back out”.

Our film industry has made a couple of films involving these forbidden relationships. Hollywood movie American Beauty, though it falls under genre Comedy as we laugh at the absurdity of the hero’s problems. Ignored by his wife and daughter at forty Lester Burnham played by Kevin Spacey falls hopelessly in love with his daughter’s friend a young teen, Angela Hayes played by Mena Suvari. The movie is about yearning after youth, respect, power and, of course, beauty. Lester’s thoughts about Angela are impure, but not perverted; he wants to do what men are programmed to do, with the most beautiful woman he has ever seen. Angela is not Lester’s highway to bliss, but she is at least a catalyst for his freedom. It is not uncommon to come across married men having a relationship with another woman. Perhaps it has been happening in the past also and will continue to happen in future too.

Every forbidden relationship has its pros and cons.  So here it is:-

While a relationship with a married man may seem an exciting experience, it seldom has a happy ending. It may start with a stunning romance, but be careful with the outcome which may result in emotional damage, scandalous divorce and a devastated family. Make sure you are ready to take the responsibility for all these factors and also be ready to take the blame on yourself and not on the man and no revenge either.  And by the way, there is no guarantee that suchlike relationships will last long. If you have just started dating a married man you may neglect all the drawbacks as you’re totally in love with him and feel as happy as you have never been before. It happens and it’s quite natural, one cannot deny because of the strong feelings and emotions involved.

Despite the fact there are so many cons of dating a married man, still, there are occasions when married people get divorced and happily wed their lovers. If you’re not discouraged by the difficulties those suchlike relationships may bring and it’s very easy to find a married man, he is literally available anytime anyplace– He can be in a shopping mall, at your workplace, may be your own boss, at a café or a bar enjoying a drink with his wife and also for him if you are a virgin it’s adds to the fuel since it will be the married one who will rupture your hymen in a matured way than the single ones who are boring rather.

The only thing you need to do is to live your life. Be active, be enthusiastic and be open towards new people and experience. It’s your life, your choice, you can stay happy and carry on the forbidden love story but it can also be a vice versa.

The narration ends with the famous quotes from Cassandra Clare, City of Ashes “He clung to her more tightly, knotting his hands in her hair, trying to tell her, with the press of his mouth on hers, all the things he could never say out loud: I love you; I love you and I don’t care that you’re my sister; don’t be with him, don’t want him, don’t go with him. Be with me. Want me. Stay with me. I don’t know how to be without you”

Nostalgia: My First Place of Posting