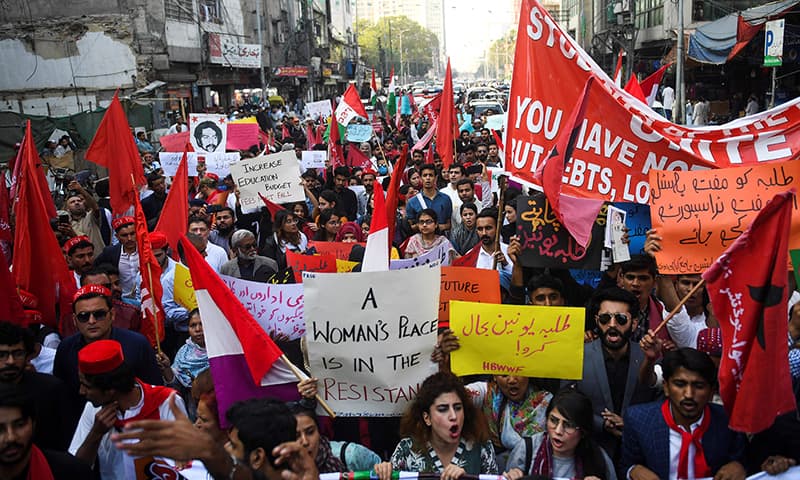 Dreaming about an ideally fair world running under political and governance systems that ensure equity is a very humane deed in nature and every noramlly compassionate human being dreams about such a world. The dream is not seen to be realized in the foreseeable future but we should keep dreaming. One day, here on Earth or maybe some other planet, the humanity shall reach that ultimate destination of creating – and sustaining – a system and a society that is fair and equal to ALL.

Bitter personal experiences, extensive observation spanned over quarter to a century and reasonable reading, however, have enabled me to say with a confident level of certainty that the Indian subcontinent is not a land of revolutions. In fact, plotted and planted revolutions – or movements/campaigns to bring about revolutions – have been used here very cunningly by the establishments of the time as counter-evolution i.e. nefarious designs to prolong the status que.

As a student of political science, therefore, I’ve made it my habit to see every new ‘revolutionary’ movement with suspicion and scpticims – of late from lawyers’ movement in Pakistan to Anna Hazare’s in India and PTM/ Progressive Collective etc back home in Pakistan.

There was nothing in chaters of demands of these – and many other – movements that I was not in cent percent agreement with. But what I’ve learned through study of political history is that (a)political revolutionary movements in Indian subcontinent are more about rhetoric and less about substance. Thus their elaborative and agreeable charters of demand pale in comparision to the inflammatory slogans that fuel and ultimately highjack the movement.

Same is the case with this one, in my humble opinion. Some elderly surkha wolves in the hides of sheep are at work to make their present profitable by showing the young students dreams of a bright future. I’m not sure neither informed about it but like other momentary movements there might also be a hand of powers that be in sudden rise of this one.

I’ve no doubt in sincerity of young students but they are too naive – have been kept so through propaganda in syllabus and media – to understand the political undercurrents. I endorse ALL of their demands and wish them all the best in their struggle. But as for a ‘red revolution’ is concerned, its a truck’s backlight. Many have ruined their lives in running after that constantly moving red backlight. I wish and hope this group of Pakiatani students is not that unfortunate.